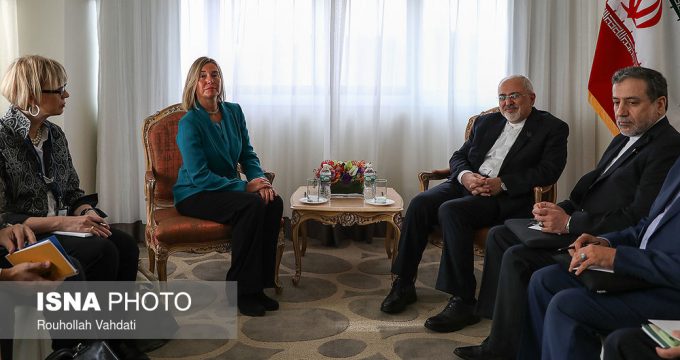 Zarif, Mogherini meet in NY ahead of 4 + 1 meeting

As part of a delegation headed by President Hassan Rouhani who are in New York to attend the 73rd Session of the UN General Assembly, Iranian foreign minister met with Federica Mogherini before the remaining signatories to JCPOA, namely Russia, China, the United Kingdom, France, Germany, hold a ministerial meeting with Iran later today.

The contents of the meeting have not been published yet.