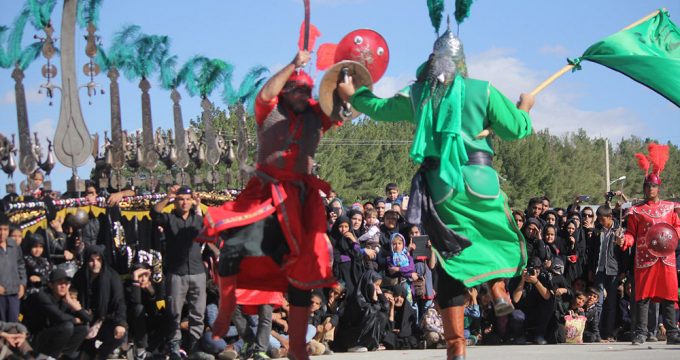 IFP – Islamic passion plays, known as Ta’zieh in Iran, are dramatic performances which depict battles between good and evil characters, who are clearly distinguished by wearing costumes with distinct, and meaningful, colours.

Ta’zieh (Islamic passion play) is inspired by ancient Iranian theatricals which display scenes of courage, bravery and epic battles between good and evil. Good and evil are clearly distinguished in Ta’zieh by using costumes with distinct colours.

The recurring theme in most traditional Iranian performances has been the standoff between good and evil. Western plays, too, basically display the confrontation between the protagonist and antagonist where the two seek to win over or neutralize their opponent.

With the emergence of Islam in Iran, the Ta’zieh began to take shape as a form of performance that narrates stories of infallible Imams, including the great battle of Ashura. The elements presented in the Ta’zieh are a manifestation of the faceoff between good and evil. Arab outfits as well as the costumes of some Iranian ethnic groups have become closer together due to different reasons. This trend has contributed to the appearance of Ta’zieh costumes, making them look like Iranian and Arab outfits. But what contributes most to the Ta’zieh is the variety of the costumes’ colours. If the element of colour is omitted from the Ta’zieh, the performance will have no spirit anymore.

There are six main colours used for Ta’zieh costumes, namely green, red, white, black, blue and yellow. The philosophy behind each of these colours is explained below.

Green: is one of the absolute colours in the Ta’zieh. In all Ta’zieh events, Prophet Mohammad and the twelve infallible Imams are dressed in green.. 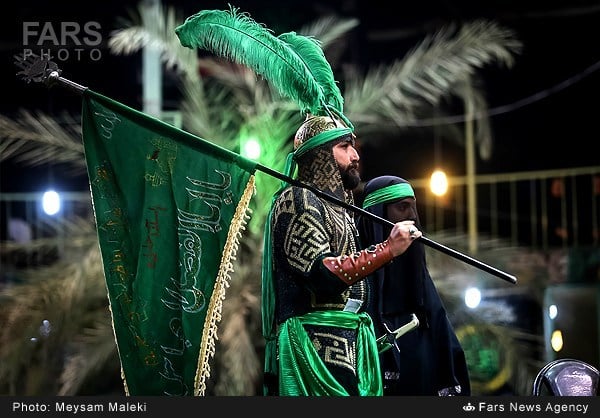 Red: is one of the absolute colours, i.e. it is not equivocal, and is used only to symbolize evil and the enemy, except for one case, namely Imam Hussein’s childhood. The colour red symbolizes blood, bloodshed, war and ruthlessness. 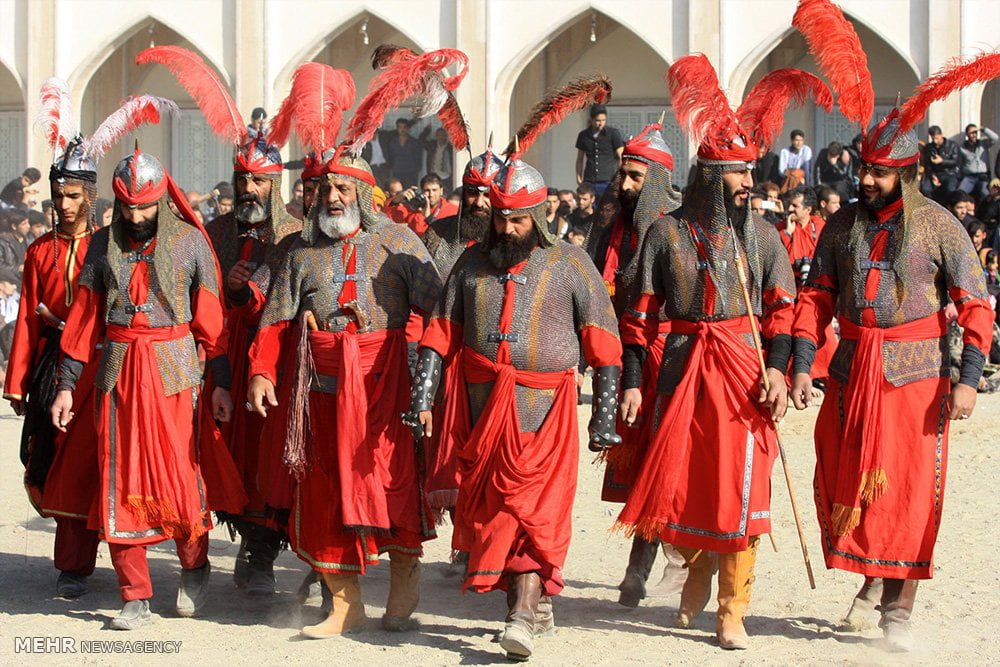 Black: is one of the relative colours in the Ta’zieh, i.e., used by both protagonists and antagonists. It is used in combination with other colours. If black is mixed with red, it symbolizes fear and evil. If it is used with green, it means dignity and holiness. White: is another relative colour in the Ta’zieh. Whether it symbolizes good or evil depends on which colour it is mixed with. In most Ta’zieh performances, white is used to depict “good.”

Yellow: In Ta’zieh, yellow symbolizes doubt and is used for certain characters who are doubtful and undecided, and do not know whether to join the good front or the evil front. Blue: symbolizes happiness and joy. It is used is several cases, namely to symbolize wedding, and to show characters filled with happiness.