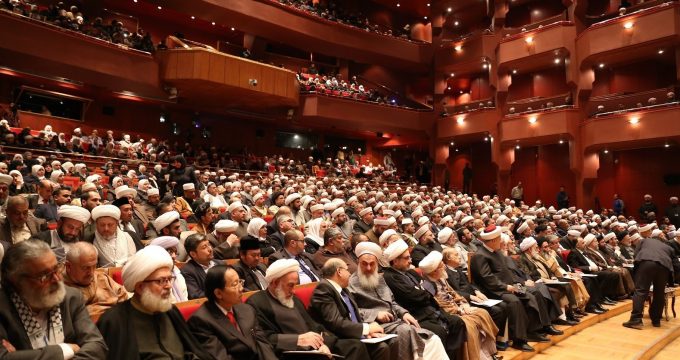 Tasnim – A senior official with the World Forum for Proximity of Islamic Schools of Thought (WFPIST) said the next edition of the International Islamic Unity Conference is slated to be held in the Iranian capital of Tehran in late November.

“(The 32nd edition of) the International Islamic Unity Conference will be held in Tehran from Nov. 23 to 25,” Hojatoleslam Seyed Hamed Alamolhoda, a deputy to the world forum, told reporters in Iran’s northeastern city of Gorgan on Sunday.

The 31st edition of the international event was held in Tehran in December 2017.

He added that hundreds of dignitaries, academics and scholars from all over the Muslim world would participate in the three-day conference to support unity among Muslims.

“It will be held with a focus on the issue of Palestine,” Hojatoleslam Alamolhoda said.

The event is held annually on the occasion of the birth anniversary of Prophet Muhammad (Peace be upon Him) in an effort to lay the ground for stronger unity and solidarity among Muslims and provide appropriate solutions for their problems.