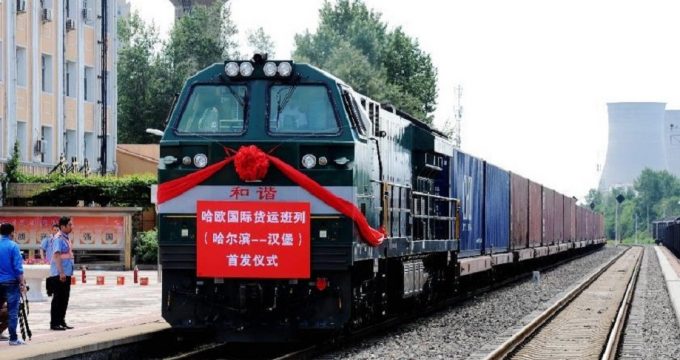 IRNA – In the framework of the new Silk Road program, China has established a new railway between Inner Mongolia and Iran for logistics purposes.

The almost 9,000-km-long railway connects Inner Mongolia to the city of Bam in southeastern Iran and will be used by cargo and service trains.

In the opening ceremony of the new railway, a cargo train moved from Inner Mongolia logistic and industrial town to the city of Bam. It is estimated to arrive in Bam in 15 days.

The consignment worth $1.5 million.

In another development, a cargo train left the city of Bayannur in western Inner Mongolia for the Iranian capital city of Tehran.

The two railways are part of a larger rail network which is to connect China to the Europe via Iran.

The railways have been launched since March 2011 and been used by almost 10,000 cargo trains.