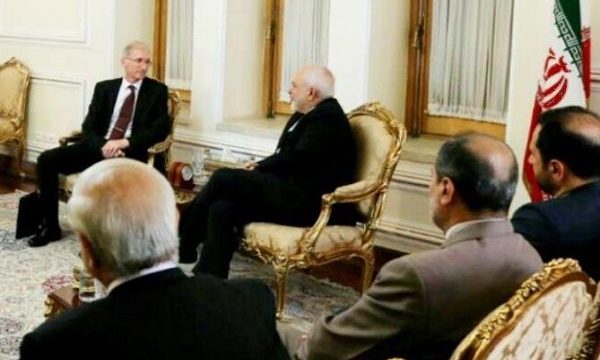 During the meeting, the two sides exchanged views about different areas of mutual interests.

They also conferred and commented on different aspects of bilateral relations and the issues to be covered in the sixth joint commission for economic and political cooperation of the two countries, which will kick off in Tehran on Tuesday.

The Iran nuclear deal also known as JCPOA, regional developments and fighting against terrorism and extremism were the other areas discussed by Zarif and Langley.