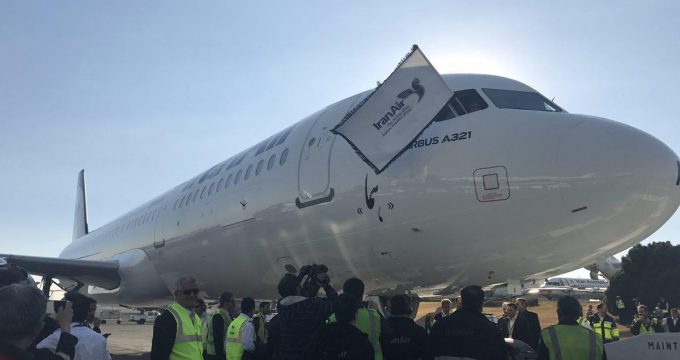 FNA – Iranian researchers at the University of Tehran found a method, using nano-coatings, to increase the efficiency of aircraft, and plan to test it in large scale in cooperation with the Airbus company.

“We have increased nearly 30% the lift power and drag power factors in the laboratory stage which means that we have boosted efficiency of planes 30% in the lab,” Seyed Farshid Chini, the executor of the plan, said on Monday.

“We have increased efficiency of the planes by reducing friction, using nano-coatings,” he added.

Chini explained that he and his team had a visit to the Airbus research center in France to talk about the project a month ago, noting that a delegation from France will travel to Iran in the fall to continue research.

“Based on a contract with Airbus, we will test our studies at a larger scale,” he added.

Chromate coatings are highly toxic despite their desirable anticorrosive performance and provision of good cohesion for the next coating. Therefore, many studies have so far been carried out on the finding of a biocompatible replacement. One of the proposals is the use of silane based coatings that is placed on the metallic substrate as lining. The aim of the research was to improve the protective performance of silane coating as a lining coating.

The produced coating provides desirable resistance against corrosion and increases cohesion for the next coating (such as paint). Therefore, it can be used in various industries for the production of structures and increasing their lifetimes. For instance, mention can be made of application of the coating in automobile fabrication industries, piers, and petroleum and gas industries that deal with oil and gas pipelines.

According to Najmeh Assadi, one of the researchers, the project has the potential to be commercialized because the coating has been carried out through the simple sol-gel method and it is a biocompatible coating.

Despite its very thin thickness at about 250 nm, the coating is able to act as a physical block against aggressive agents and their movement to the metallic substrate. On the other hand, the properties have been improved due to the addition of clay sheet-like nanoparticles to the coating.