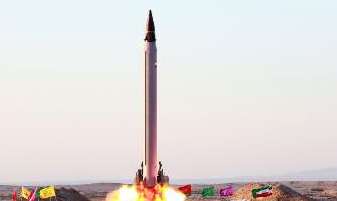 “This test was carried out last year and a positive and very good test was conducted,” General Ebrahiminejad said on Monday.

He elaborated on the capabilities of Bavar 373, and said, “It is more reliable and stronger than the S-300 for the country. An indigenized product assures the experts that we produce and use any parts that it needs.”

General Ebrahiminejad said that if Iran wants, it can manufacture S-300 but Bavar 373 is more sophisticated and stronger than the S-300 as “we have tried to remove the weak points of S-300 in Bavar 373”.

Elsewhere, the Iranian commander also said that Iran has started research work on Pantsir air defense system, which is a family of self-propelled, medium-range surface-to-air missile systems developed by Russia.

Iran designed and developed its own version of the S-300 missile shield, named Bavar 373, after the Russians shrugged off delivery of their advanced missile defense system to Iran on the pretext of the UN Security Council sanctions.

The Iranian version has superior features over the original Russian model as it enjoys increased mobility, agility and reduced launch-preparation time.

Iranian commanders had earlier said that Bavar 373 is similar to its original Russian model and traces and intercepts high-altitude targets.

After the removal of sanctions, Russia delivered S-300 air defense systems to Iran under the existing contract.