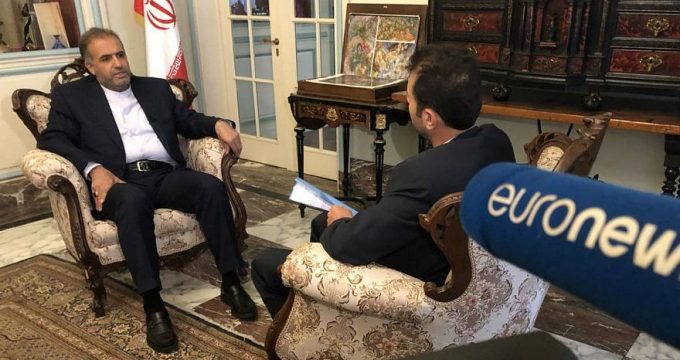 ‘Iran is paying the price to protect Europe from terrorists’

Euronews | Omid Lahabi: Iranians are fighting and dying in Syrian to protect Europe from potential attackers, the head of a delegation from the country’s parliament has told Euronews.

“Every single one of the terrorists in the region is like a time bomb set to explode when they return to their countries. So far, we have witnessed a few of the consequences,” said Kazem Jalali, who is also head of the Iranian Parliament Research centre, in an interview in Brussels.

“We are the ones who are paying the price for the protection of Europe.”

Iran’s president is meeting his Russian and Turkish counterparts in Tehran today to discuss a possible offensive against Idlib, the last remaining rebel stronghold in Syria. The three countries have been fighting, often alongside forces loyal to President Bashar al Assad, groups which they consider to be terrorists.

Jalali, who leads a group responsible for advising the parliament in Tehran, said it was inevitable that such an assault would lead to civilian casualties.

“A plan should be devised to spare civilians during the Idlib offensive and the attack against the terrorists. But it is wrong to think that civilians won’t get harmed at all because some of the terrorists hide among people,” he stated.

An estimated half a million people, many of them civilians have been killed so far in the eight-year conflict.