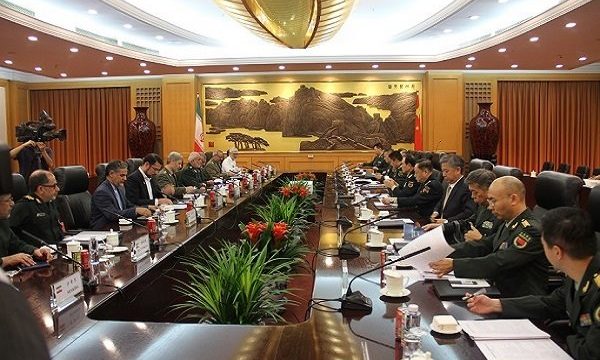 Iran not abandoned any attempt to ensure security of region: Hatami

MNA – Iran’s Defense Minister said that the Islamic Republic of Iran has not abandoned any attempt to provide the region with security.

Brigadier General Amir Hatami made the Friday remarks in a meeting with Chinese Minister of National Defense General Wei Fenghe in Beijing.

Referring to the latest developments of the Middle East, Hatami highlighted that Iran has not given up any attempt to establish peace, security and stability in the region.

Touching upon the long history of ties between the two countries, he said that Iran and China have common threats and interests and they can accordingly boost bilateral cooperation.

He also condemned the unilateral measures of the United States which has violated international agreements along with global peace and security.

Fenghe, for his part, touched upon the friendly relations between the two nations, saying that Beijing is ready to expand ties with Tehran.

The Iranian minister arrived in Beijing on Thursday night upon the official invitation of his Chinese counterpart. His visit is reportedly aimed at increasing the level of Iran-China defense cooperation.