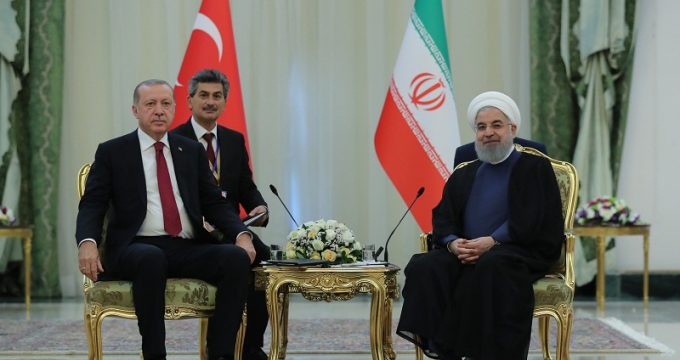 IRNA – Iranian and Turkish presidents met on Friday afternoon and discussed latest developments in the region, including the Syria crisis.

Rouhani and Erdogan conferred on issues of mutual interest, including the two countries’ bilateral ties.

The meeting between Rouhani and Erdogan occurred on the sidelines of a summit of Iranian, Russian and Turkish presidents on Syria.

Erdogan is scheduled to meet also with the Russian President Vladimir Putin.

Russian and Turkish presidents arrived in Iran on Tuesday afternoon to attend a trilateral meeting with Iranian president Hassan to discuss the Syria crisis.

Rouhani, Putin and Erdogan are to attend a meeting on Friday evening for exchange of views on fighting terrorism and establishing security in Syria.