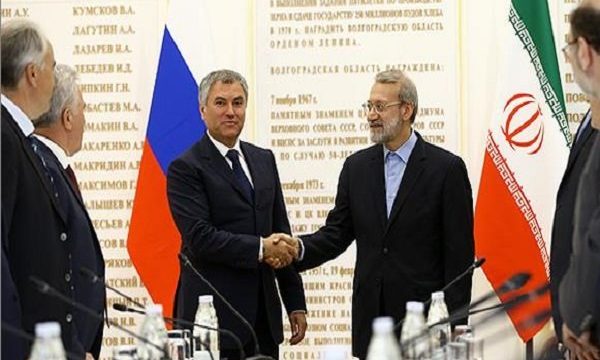 TASS – Speaker of Iran’s Majlis (parliament) Ali Larijani has said he hopes that the final decision on the situation in Syria’s Idlib will be made at the summit in Tehran on September 7.

“I do hope that at the summit in Tehran, in which Mr. [Russian President Vladimir] Putin will take part, he will be able to reach the final agreement with his counterparts on the events taking place in Idlib,” Larijani said at a bilateral meeting with Speaker of Russia’s State Duma (lower house of parliament) Vyacheslav Volodin on Thursday.

“Today, the global community has recognized that Iran and Russia had accomplished a lot in the fight against terrorism,” the Majlis speaker added. “Now that we are talking to each other, terrorism is on the verge of its last breath in Syria.”

According to Larijani, cooperation between Russia and Iran in recent years “has had a substantial impact on the developments in the region.” In his view, that was the reason why “such countries as the United States begin to exert pressure on both Iran and Russia.”

Larijani also thanked Russia for “efforts to reach agreements on the nuclear deal.” “You are well aware of the fact that the Americans made every effort to destroy that agreement. I believe that, if there are no joint efforts, the deal will not survive,” he added.