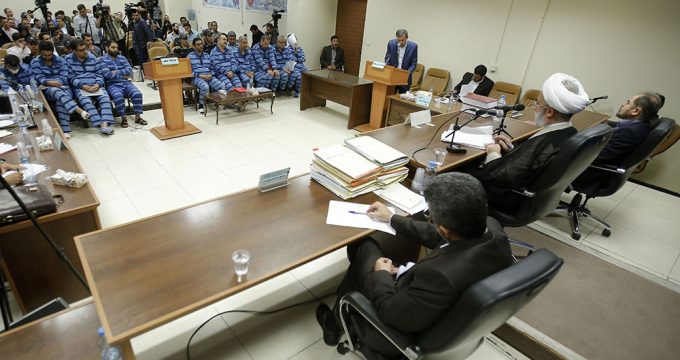 Why Iran must legislate away rampant corruption

Al-Monitor | Esfandyar Batmanghelidj: Whether it is the lavish spending of well-connected elites or the nepotism evident in state institutions, there seems to be no shortage of reasons for Iranians to be outraged at rampant corruption at a time of economic crisis. The intensity of public anger has forced the Islamic Republic to respond.

Supreme Leader Ayatollah Ali Khamenei has called for “swift and just” action against “economic corruption.” The judiciary has taken its cue, with prosecutors poised to try “dozens of businessmen” for “economic disruption.” Government officials are not immune from these investigations. Earlier this month, top prosecutor Mohammad Jafar Montazeri said, “Any official who needs to be summoned will be, from director generals to managers to deputies and [even] ministers.” The deputy governor of Iran’s central bank was among the first to be detained. The crusade against corruption is clearly an attempt to convince the public that existing anti-corruption laws will finally be enforced.

The legal framework to counter corruption is primarily defined in the Islamic Penal Code and the Aggravating the Punishment for Perpetrators of Bribery, Embezzlement and Fraud Act, which outlaw bribery, the trading of influence, embezzlement, money laundering and fraud, among other crimes. Iran also ratified the United Nations Convention Against Corruption in 2009. But most of these laws focus on deterring the crimes of individuals. The main challenge is the overall environment that enables corruption. In other words, to be successful, the fight against corruption cannot merely focus on punishing corrupt actors.