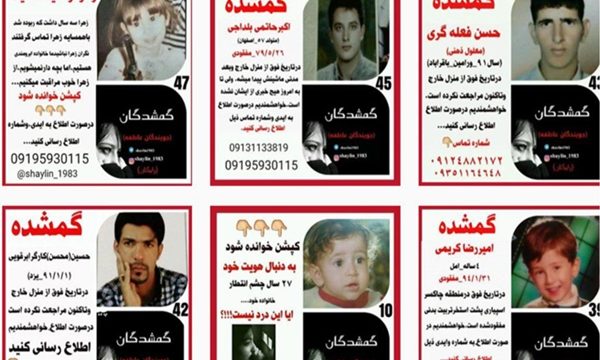 IFP – Sorayya Allahverdi is an Iranian woman who has worked a miracle by bringing separated families together through her relentless efforts in social networks.

Sorayya created a special Instagram account after a little Iranian girl named Atena Aslani disappeared in her neighbourhood in Ardabil.  Since then, her account has turned into a hub for searching and finding missing people, particularly children.

Many children, who had been separated from their families for years, have managed to find their real parents through Sorayya’s account, a report by Shahrvand newspaper said.

Sorayya created the Instagram account immediately after the six-year-old Atena went missing.  Although Atena suffered a horrible fate, Sorayya didn’t stop her efforts and managed to bring together many separated families together through her Instagram account over the past years.

Sorayya is a 36-year-old woman with a 20-year-old son. Sorayya didn’t deactivate the Instagram account she had created for finding Atena even after her horrible death.

Today, a growing number of governmental organizations as well as celebrities are putting their weight behind Sorayya from the police departments of Tehran and Karaj to National Organization for Civil Registration, and from attorneys to psychologists inside and outside Iran, contributing to her efforts to find the disappeared persons.

“I created my first Instagram account back in 2017. I’m from Parsabad in the northwestern province of Ardabil where Atena went missing. I decided to create the account immediately after Atena disappeared.  I wanted to do something for her. So, I created the account and called on all people to contribute to efforts to find the little girl,” she told in an interview with Shahrvand.

Sorayya went on to say that the account is still active even after the tragic death of Atena and added she has continued her efforts to find disappeared persons by publishing their photos and urging other users to share any information they might have about them.

“To this end, I also created a Telegram account. There are many people who have been separated from their families after being lost in their childhood. Most of them have asked me to play a role in their efforts to find their real parents. So, our accounts in social networks became more active and during this time, we managed to bring together many separated families,” she added.

“I’ve not been alone in these efforts. I had the backing of many people and together we could perform a miracle,” she said.

Sorayya also referred to contributions made by some organizations and celebrities and said there are many people who offer services free of charge. “For example, one attorney took the advocacy of a separated family free of charge.”

She cited the death of Atena as one of the most horrible memories of her efforts to help find the disappeared persons.

As one of her sweetest memories during this period, she referred to finding Yeganeh Younesi, a four-year-old girl who had been abducted by an unknown couple back in 2013 in the south-western city of Ahvaz.

“The girl was found four years later when she was eight through efforts made by my Instagram account. The kidnappers wanted to sell Yeganeh to pay their debts. I burst into tear as we found Yeganeh and brought a separated family together. It was one of the sweetest moments of my life,” she concluded.

Instagram, Iranian women September 3, 2018
Iran’s coverage: Iran says militants must be “cleaned out” of Syria’s Idlib
Europe able but unwilling to resist US sanctions on Iran