A Look at Iranian Newspaper Front Pages on September 2

Iran Front Page – IFP has taken a look at the front pages of Iranian newspapers on Sunday, September 2, 2018, and picked headlines from 15 of them. IFP has simply translated the headlines and does not vouch for their accuracy.

Several papers today covered the remarks made by Ali Larijani, the Speaker of Iran’s Parliament, about the European leaders’ promise to secure Iran’s interests under the nuclear deal in case the country remains in JCPOA.

Also a top story was the recent developments in Iraq, particularly the protest rallies against corruption and a decision by Iraqi Prime Minister Haider al-Abadi to dismiss his national security advisor, who is a possible candidate to replace the PM.

Speculations on a possible military conflict in Syria, especially amid the Russian war games in the Mediterranean Sea and the US’ alleged preparations to launch an attack on the Arab country, also received great coverage today. 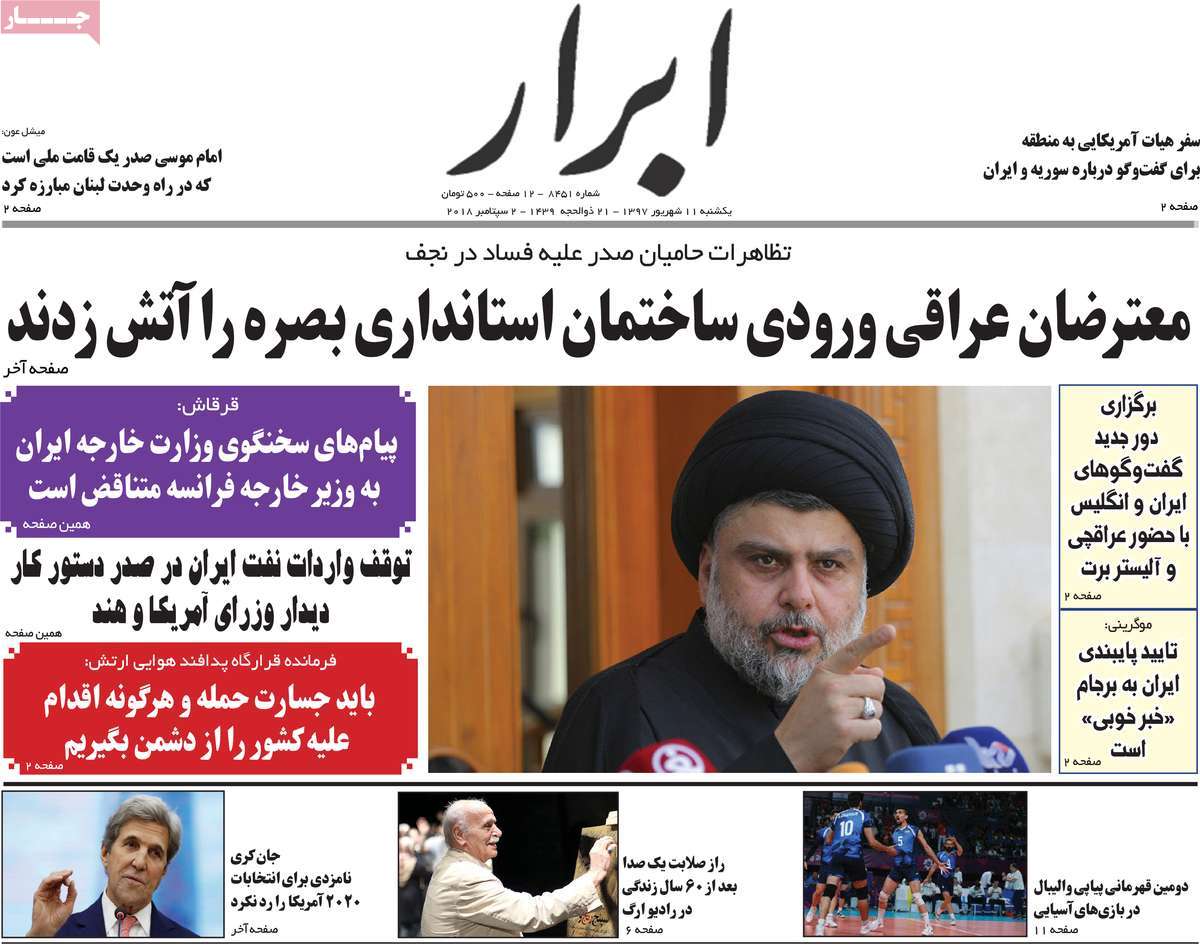 1- Europe, US: Two Different Approaches with One Common Goal on Iran 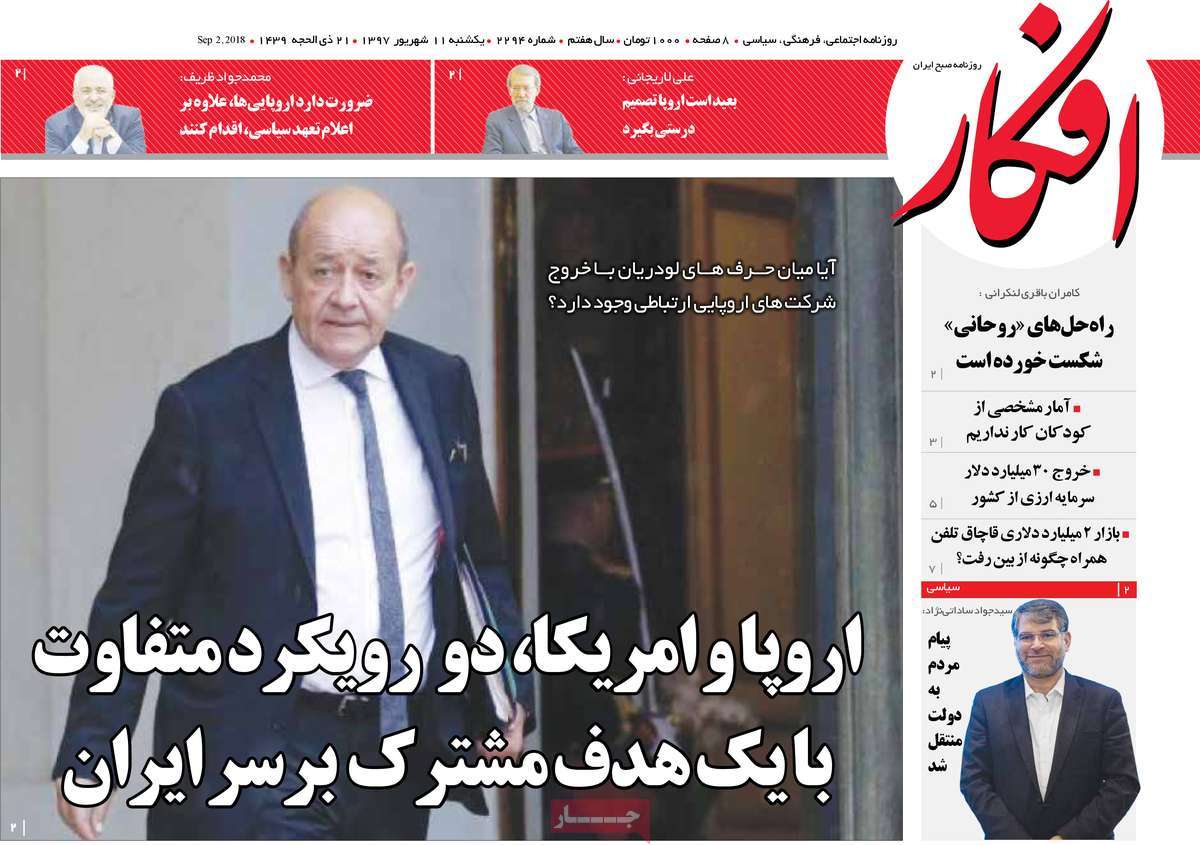 1- Tehran Once Again Expresses Preparedness to Hold Talks with Riyadh

2- They Left Iran, but Will Come Back: A Report on Migration of Afghan Workers from Iran 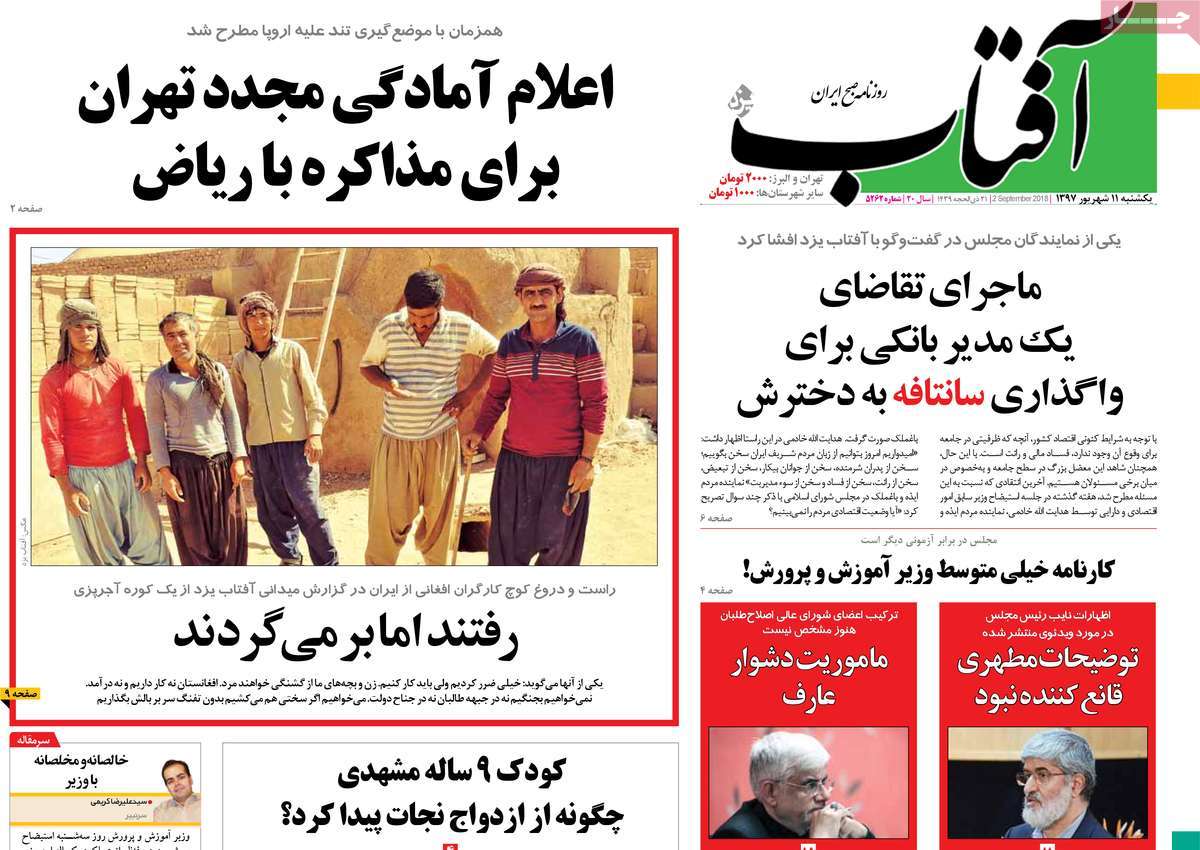 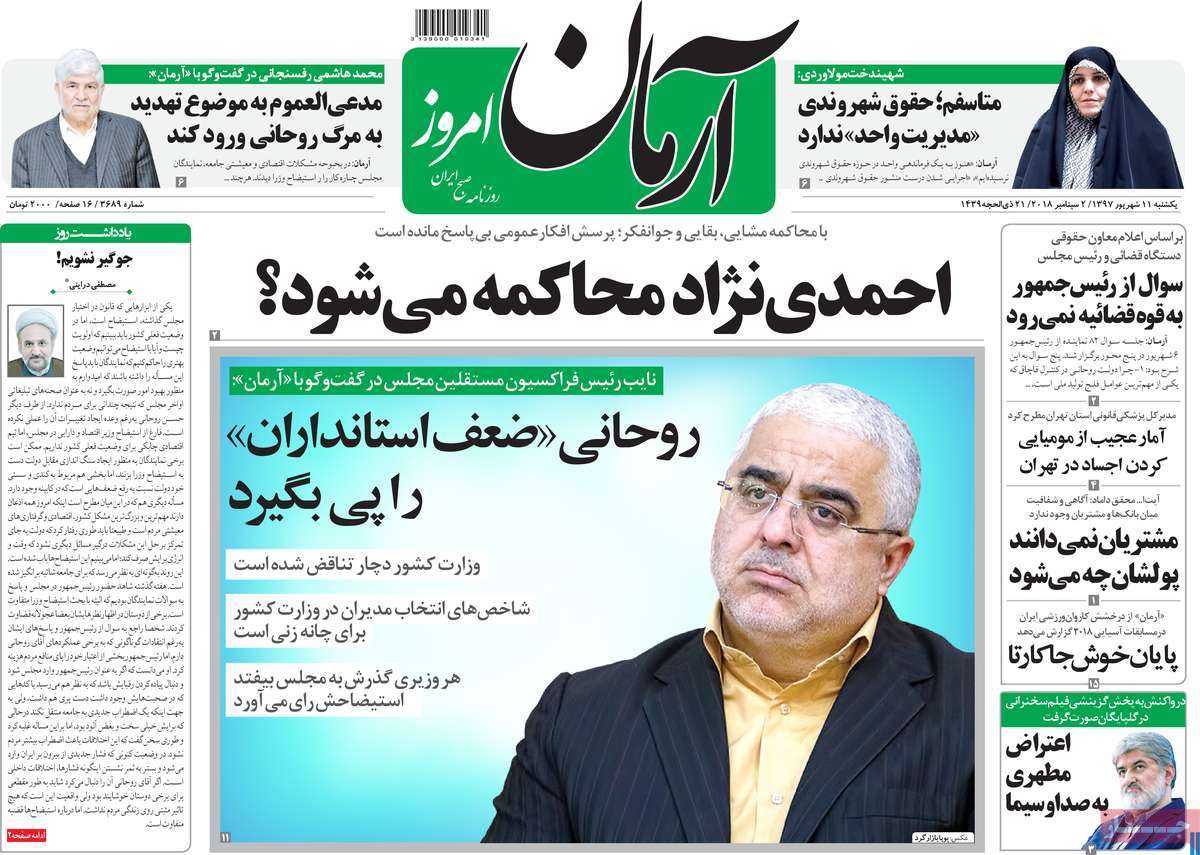 1- Zarif: EU Must Take Practical Measures along with Its Political Commitments

2- Calm before Storm in Middle East 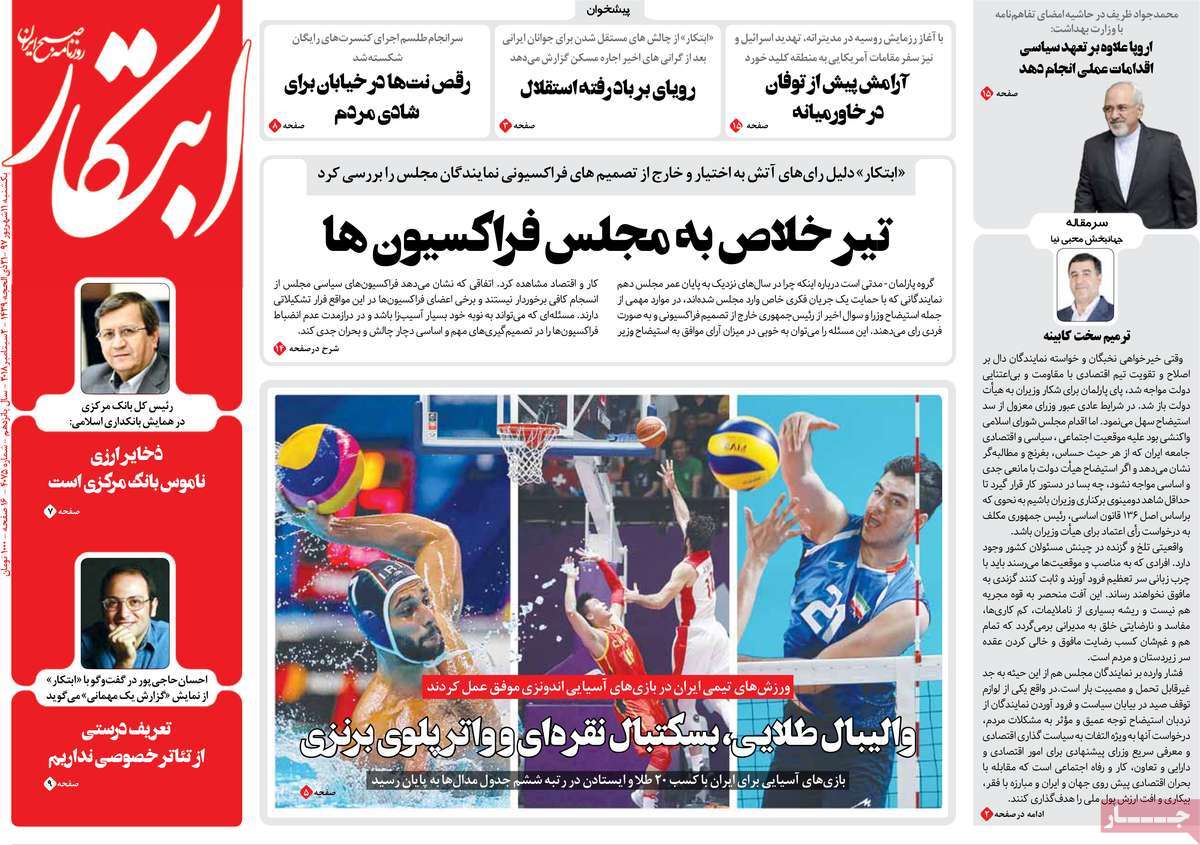 1- Hellish Days of Trump: Almost Half of Americans Calls for Trump’s Impeachment 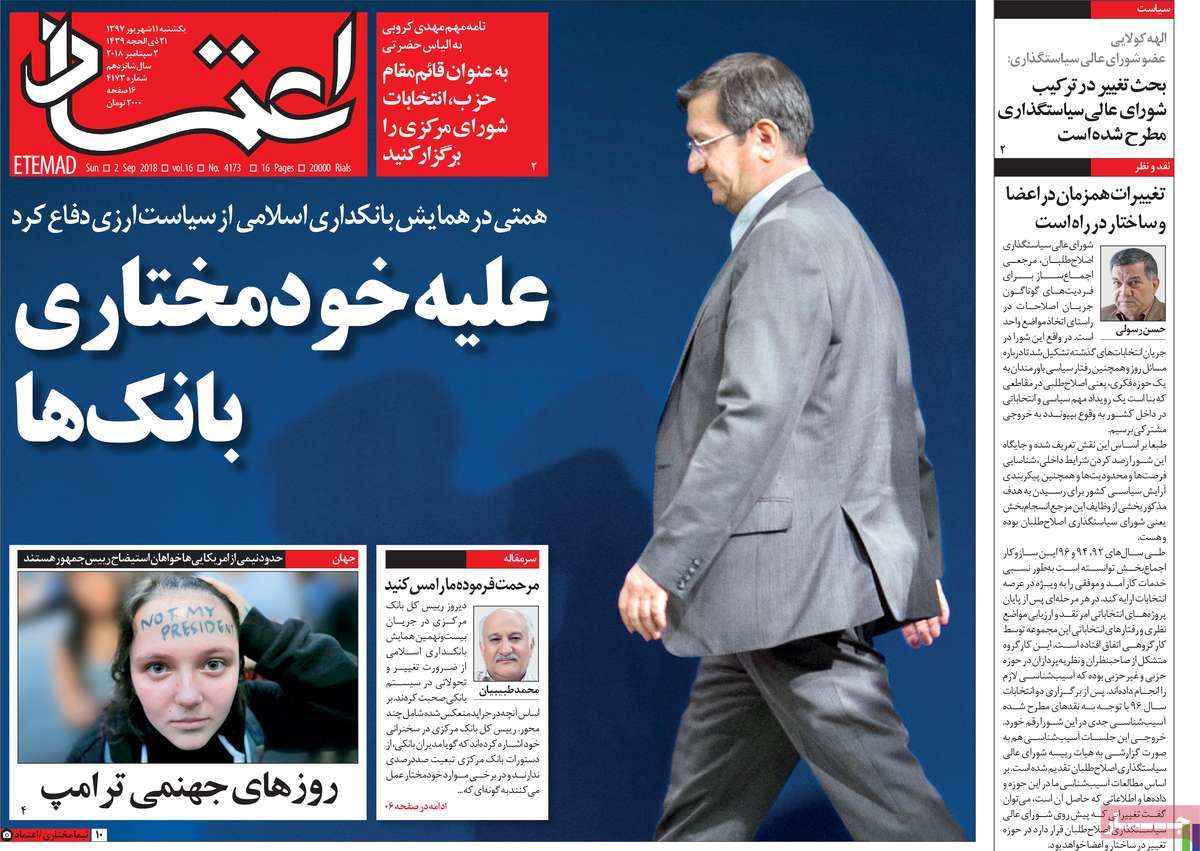 2- CNN: US Has Prepared List of Targets to Attack in Syria 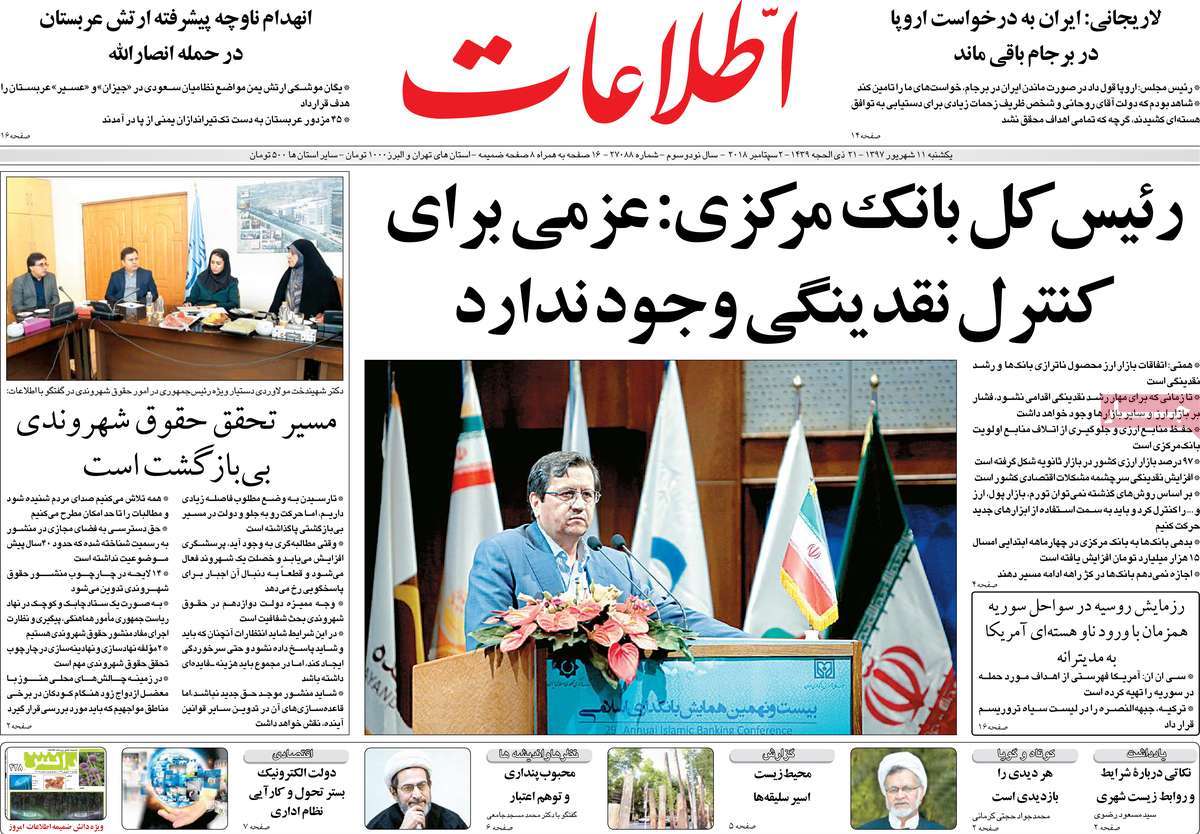 1- Where Will Train of Impeachment Finally Stop? 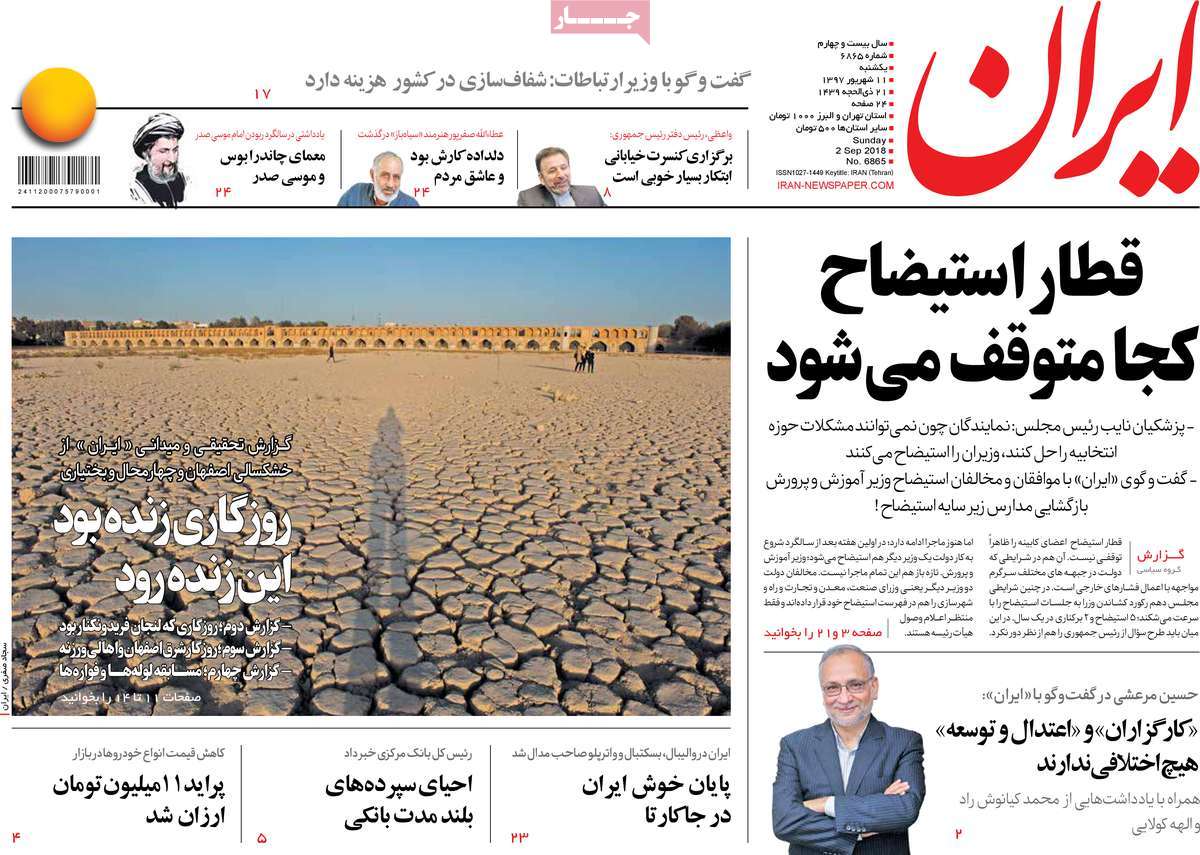 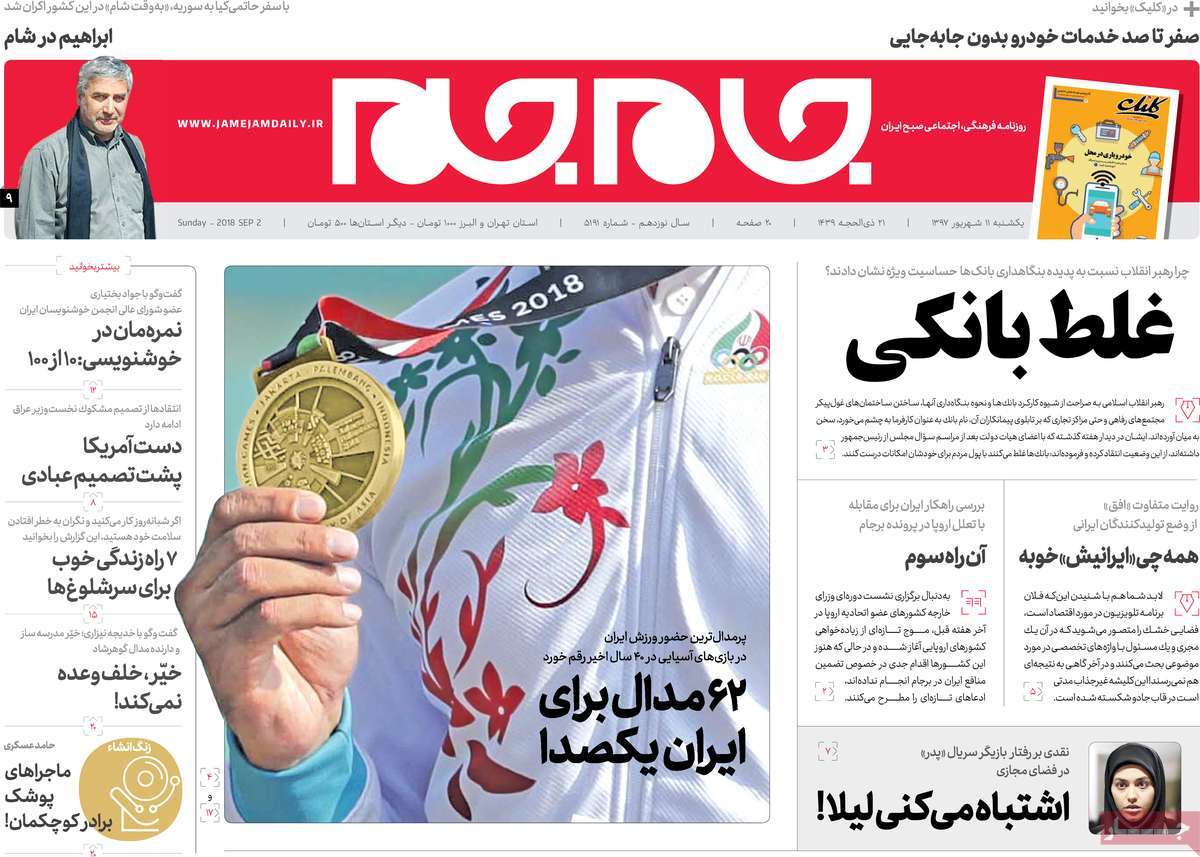 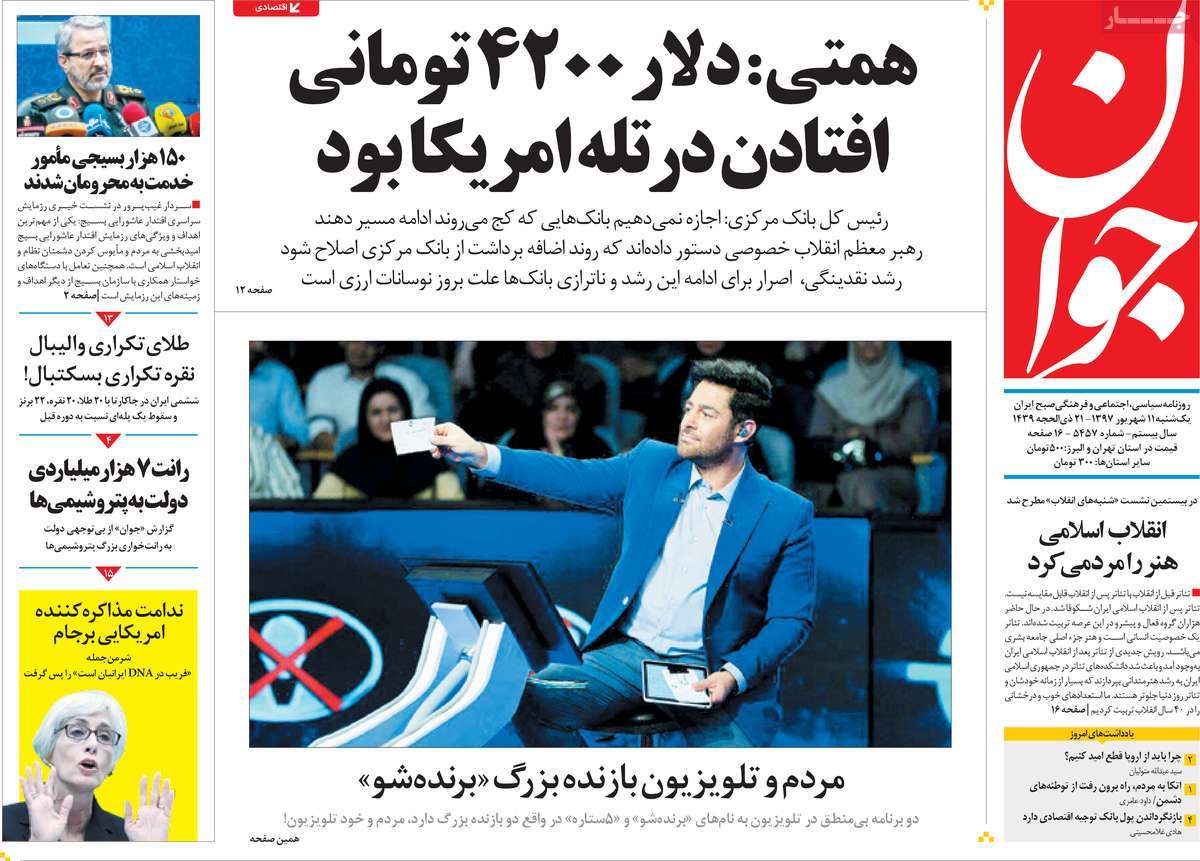 3- Iran, UK Hold New Round of Talks in Tehran 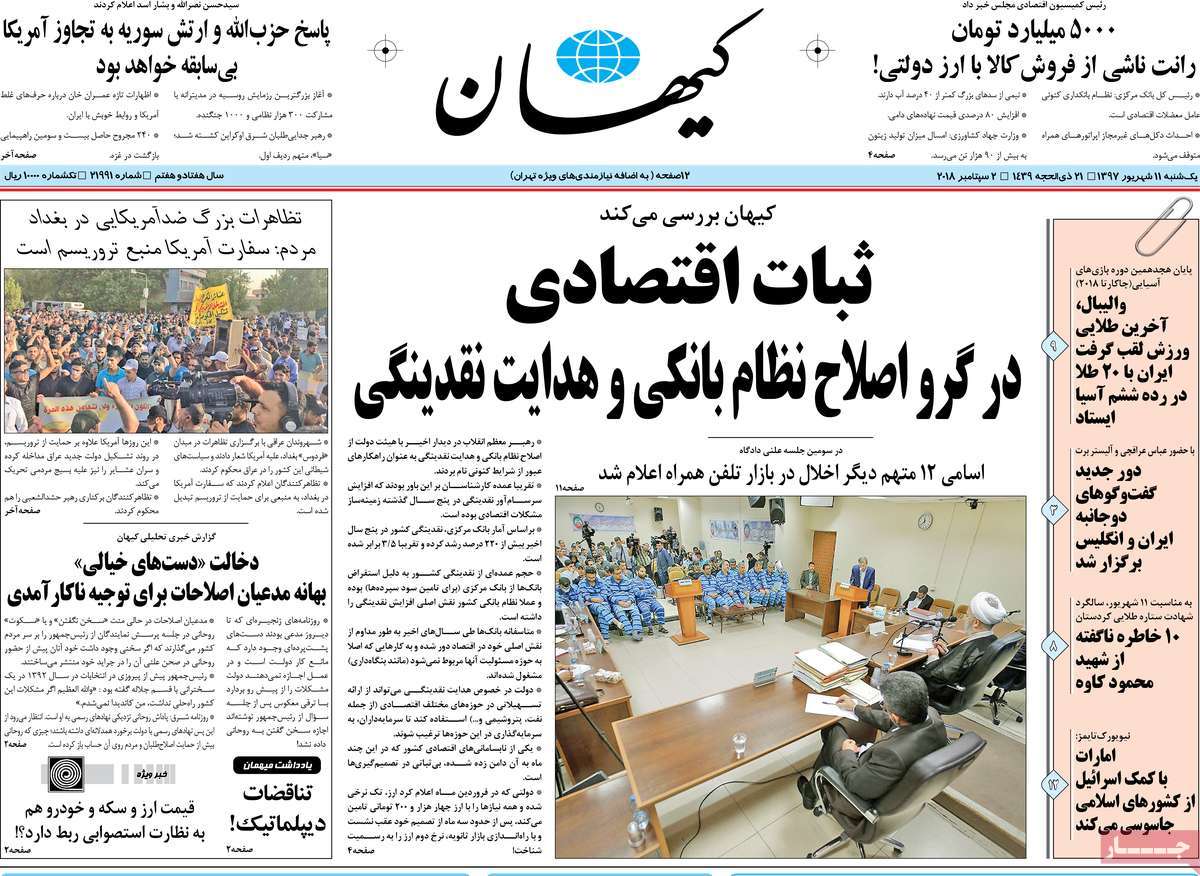 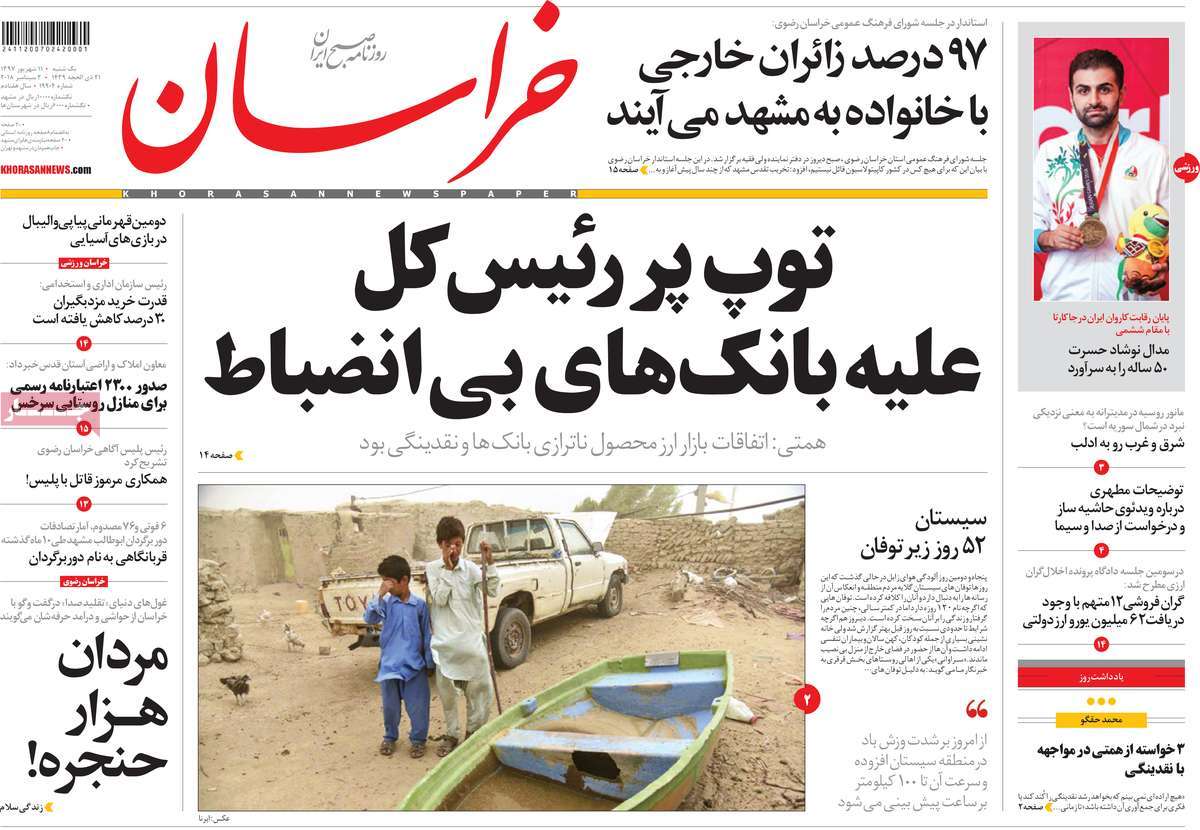 1- US Withdraws from Leading the World’s Economy 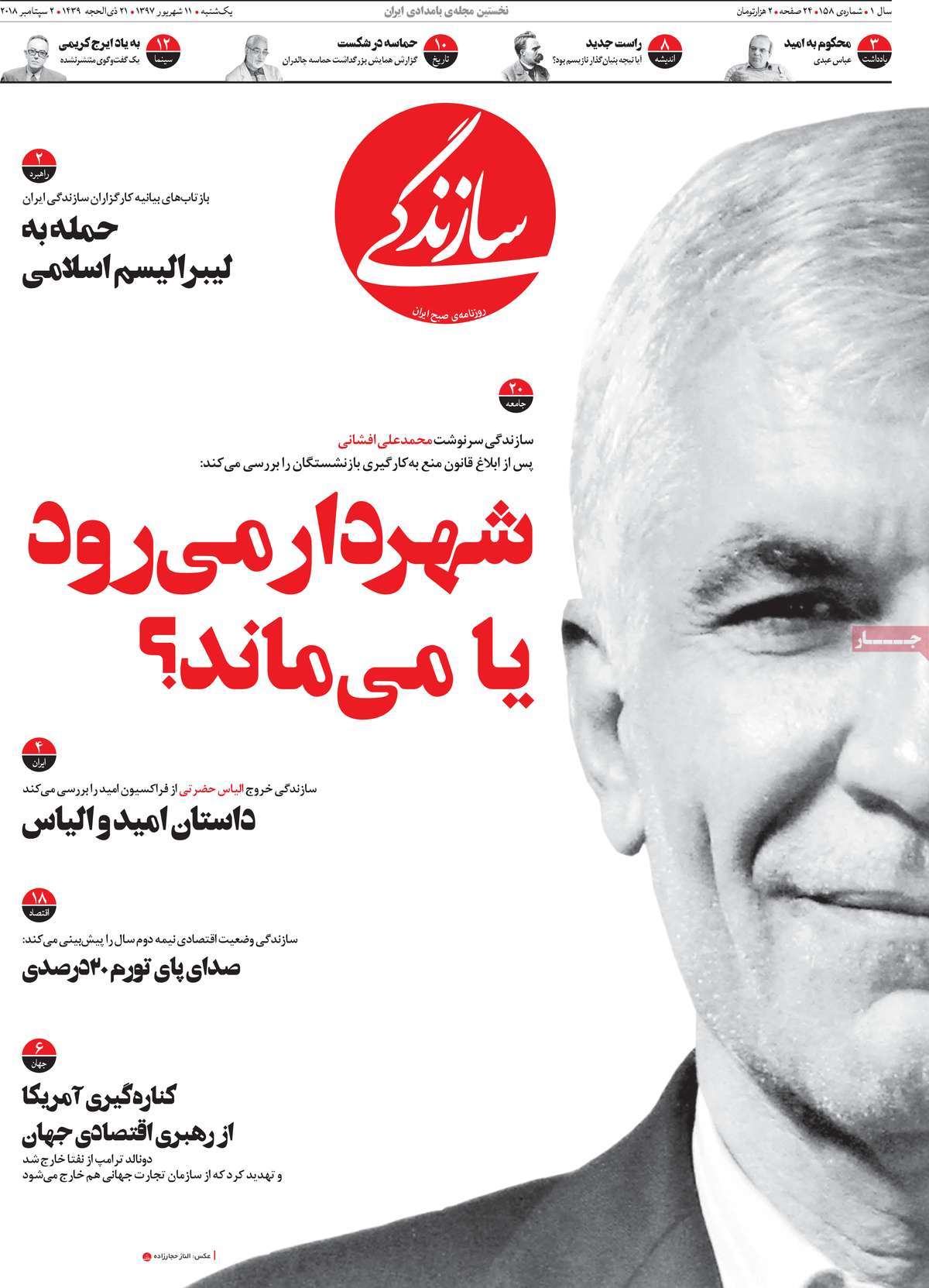 1- No One Unemployed in Lalejin, the World City of Pottery 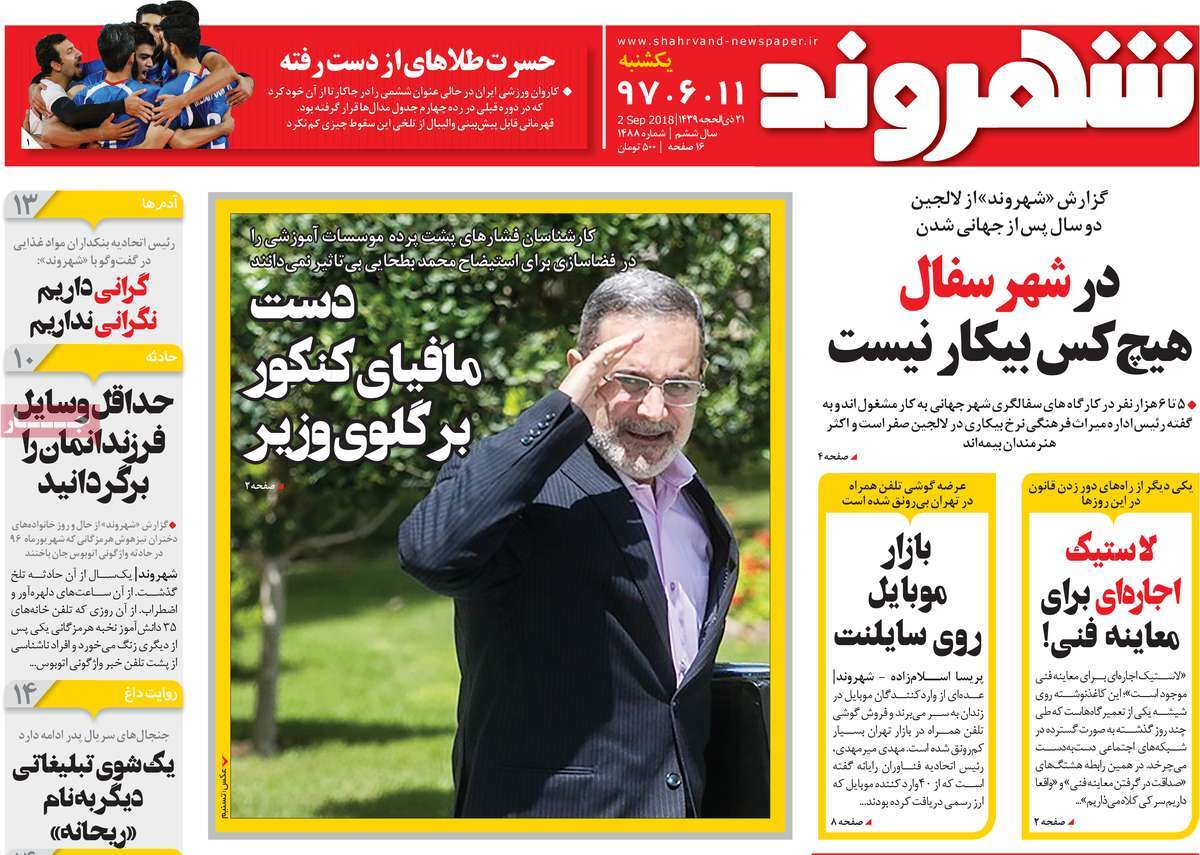 1- Larijanii: Leaders of UK, France, Germany Asked Us to Remain in JCPOA

3- Banking in the Way Young Elites Do 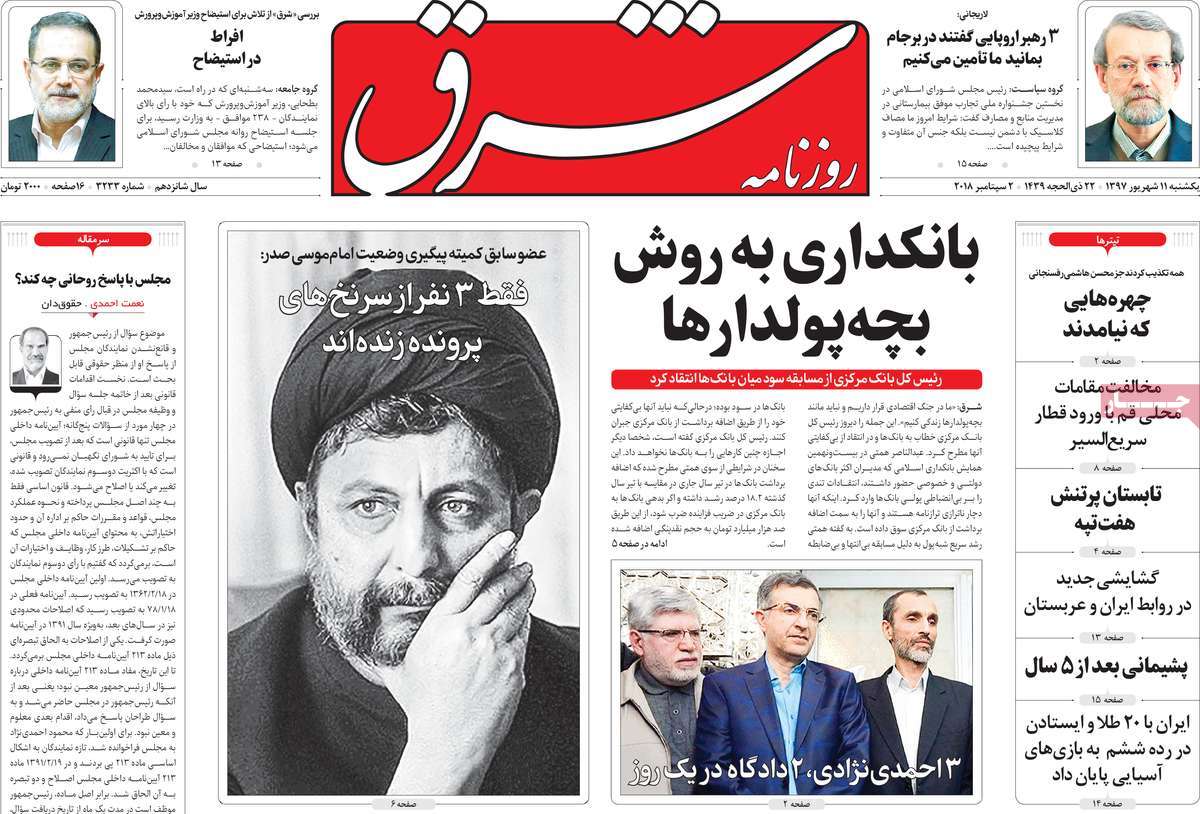