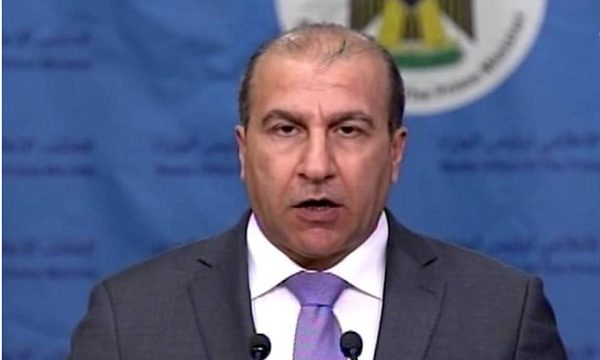 Iraq not to let any damage inflicted on Iran-Iraq ties: spokesperson

MNA – Saad al-Hadithi, the Iraqi government spokesperson, said on Tuesday that Iraq will not abide by US sanctions against Iran if they are going to hurt the Iraqi interests.

“Our touchstone in dealing with US sanctions is the high interests of Iraq and as a result we will limit implementing the sanctions to areas which don’t oppose with those interests,” said Saad al-Hadithi, the Iraqi government spokesperson, in an interview with Iraqi state-TV on Tuesday evening.

“We will negotiate with the American side over the areas that will damage the interests in Iran-Iraq relations to prevent Iraq from getting hurt from this issue,” reiterated the Iraqi official.

Iraqi Prime Minister Haider al-Abadi also on the same day said that his country will send a delegation to US seeking an agreement on financial transactions with Iran following Washington’s re-imposition of sanctions on Tehran.

“We are not with economic sanctions against any country and that is our strategic position,” Iraqi state television quoted Abadi as saying at a weekly news conference.

Meanwhile Reuters relayed that Iraqi government and central bank officials had said last week that the delegation will travel to Washington to ask for exemptions in applying the sanctions. They did not say when that trip would take place.