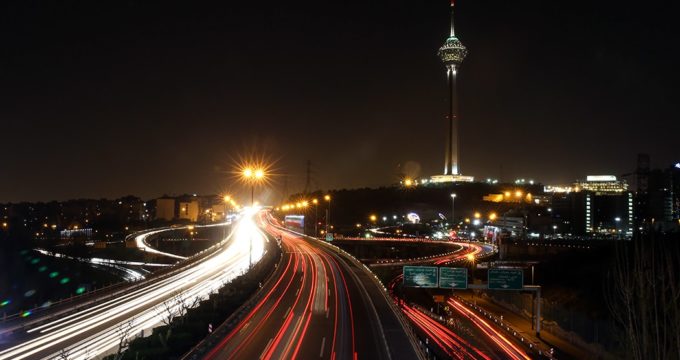 IFP – The number of Iraqi tourists visiting Iran has multiplied in recent months following a drop in the value of the Iranian national currency.

Iran’s consul general in Sulaymaniyah says the number of visas issued to Iraqi Kurds rose four-fold in the one month to August 22, 2018, i.e., 2,800 visas per day.

There are also reports that at least 10,000 Iraqi visitors are entering the Islamic Republic every day.

The Shahrvand newspaper has further reviewed the matter in an interview with the authority running a guesthouse and handling Iraqi travellers’ affairs.

Mr Boraqchi who is in charge of the guesthouse says they are hosting a lot of Iraqi, Egyptian and Chinese visitors, but most of them are Arabs and Iraqis.

“Maybe 10% of our customers are Iranians coming from other cities,” he says.

“In summer, Iraqis come to Iran. They get a more pleasant weather condition here,” says Boraqchi.

Figures, too, bear testimony to that. A drop in the value of the rial against the greenback is one of the reasons behind an increase in the number of visits to Iran by Iraqis, including Kurds.

Having fun and vacationing are not the only aim of Iraqi tourists visiting Iran. Some of them come to Iran for medical treatment.

“All types of people come here, from doctors to engineers to workers, from educated to illiterate. We have guests from all walks of life,” he says.

According to Boraqchi, the Iraqis who come to Iran to see doctors usually seek a hair implant operation or nose job.

“They pay doctors good money. They bring a lot of dollars with them, as well,” he says.

Om-e-Hussein and her two children Sarah and Hussein are standing next to each other. Her husband goes upstairs sooner than them. They have just returned from the Nature Bridge (a large landmark pedestrian bridge connecting two parks in Tehran) and their eyes are shining with joy.

“Tehran is very beautiful,” they say.

They have been staying in Tehran for a week now. They stayed in Ramsar for a few days after visiting Qazvin. They are to go to Mashhad by train tomorrow.

“Iranians are very kind to us. When they come [to Iraq] to visit Karbala and Najaf, we also treat them very well. We open the doors of our houses to them, cook food in the streets for them, and do not charge them at all,” they say. By “cooking food,” they mean the votive food that people distribute among others during Muharram and Arba’een, the fortieth day after Imam Hussein’s martyrdom.

Sarah, the young girl of the family, is a teacher. She is looking for a restaurant where she can have Qormeh-Sabzi stew.

“We have been told that Qormeh-Sabzi is very delicious, but we couldn’t find it wherever we went,” she says.

Hussein, who is an engineer, is looking for a water park.

He says Tehran has the most beautiful water park, though he does not know its name.

Iraqi tourists do not come to Iran for hair implant or rhinoplasty or visiting northern cities only; rather, there are groups of them who come to Tehran for receiving modern treatment.”

According to Boraqchi, those who come to Iran for cancer treatment usually do not book hotel rooms because their expenses will swell. They generally rent furnished houses because they should stay in Iran for at least one year.

The Omar family has the same condition: a family of four whose 12-year-old son has blood cancer and whose daughter suffers from hearing loss. They have already visited Lebanon for treatment, but the dose of drugs during chemotherapy was so high that the child developed a heart condition, and finally they came to Iran. They have rented a house near the Shariati hospital.

“Here, we had a few chemotherapy sessions. We wanted to undergo a marrow transplant surgery, but couldn’t find a match,” they say.

They are very pleased with doctors’ behaviour in Iran and even say that doctors at the hospital sympathize with them a lot while it was not like that in Lebanon.

Iraqi tourists normally begin coming to Iran from July and August and the trend continues until before schools open in autumn.

Iran-Iraq ties, Iran’s currency crisis, Iraqi Kurds, Tourism August 28, 2018
The rise and fall of flights from Iran to Western Europe
New anti-Iran plots of US to be foiled by popular participation