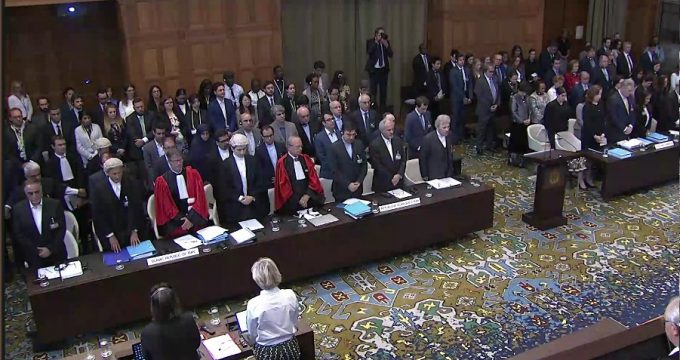 Press TV – The International Court of Justice has begun hearing a lawsuit brought by Iran against new US sanctions ordered by the Trump administration.

Iran last month lodged a complaint with the Hague-based tribunal, arguing that the sanctions violate the terms of a 1955 friendship treaty between the two countries.

The country opened a lawsuit Monday demanding the UN’s top court order the suspension of the renewed US sanctions.

Tehran has called on the United Nations court to order the immediate lifting of the sanctions, and demanded compensation for damages incurred in their wake.

President Donald Trump unilaterally pulled the US out of the 2015 nuclear deal with Iran in May and pledged to reimpose the most restrictive sanctions on the country.

Washington reinstated the first batch of sanctions in early August and will re-impose the second batch in November which will primarily be meant to undermine Tehran’s oil exports.

The United States’ lawyers will present their arguments on Tuesday. They are expected to argue that the ICJ should not have jurisdiction in the dispute.

The US will respond formally in oral arguments on Tuesday, reportedly arguing that the United Nations court should not have jurisdiction in the dispute.

US lawyers will reportedly claim that the friendship treaty signed before the Islamic Revolution in 1979 is no longer valid and that the sanctions Washington has levied against Tehran, do not violate it anyway.