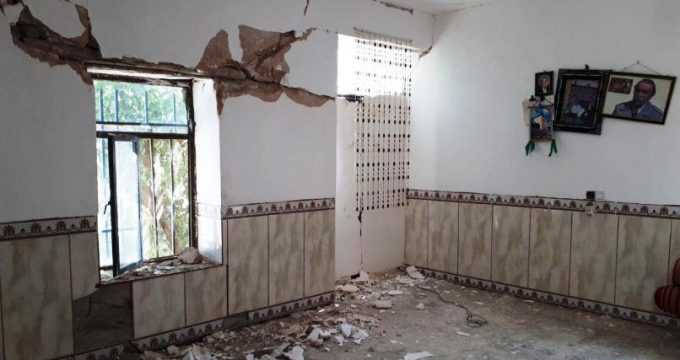 IRNA – About 2,600 houses were damaged by a strong earthquake which occurred in Tazehabad, Kermanshah Province, western Iran, on Sunday said a senior official of the province.

Out of the total number of the damaged houses, 600 buildings are completely ruined while the rest are partially destroyed, Kermanshah Governor Houshang Bazvand told the Islamic Republic News Agency (IRNA).

He added that reconstruction procedure will start soon.

Bazvand had earlier told IRNA that the earthquake had 25 aftershocks.

The area was also rocked by another 4-magitude quake on Sunday, he said.

According to the Seismological Center of the Geophysics Institute of Tehran University, the tremor occurred at 5:23 local time (00:53 GMT) in an area located at 34.71 degrees latitude and 46.19 degrees longitude and at the depth of 12 km underground.

Kermanshah has been jolted by several earthquakes since November 12, 2017, when a 7.3-magnitude earthquake hit the province’s Ezgeleh region killing at least 620 people and injuring over 12,000.

Iran sits on major fault lines and is prone to near-daily earthquakes.