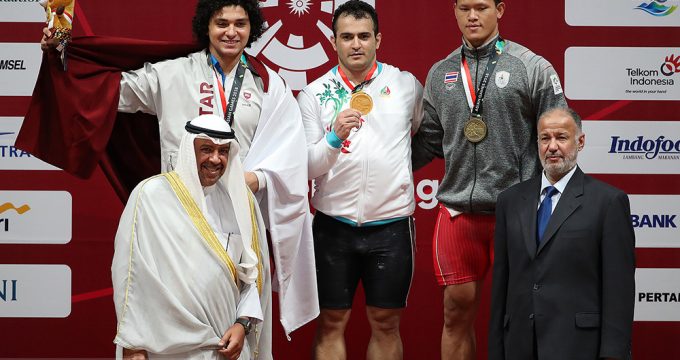 Mizan – Sohrab Moradi of Iran broke weightlifting’s longest standing world record on his way to gold in the men’s 94kg class at the Asian Games on Saturday (Aug 25). Moradi hoisted 189kg in the competition’s opening discipline to better the snatch record set at 188kg in 1999 by Greece’s Akakios Kakiasvilis. Moradi now has a complete set of world records. He already owned the marks for the clean and jerk (233kg) and total weight (417kg) in the men’s light heavyweight division. He went on to lift a new Asian Games record total of 410kg after a clean and jerk of 221kg. He just failed with an attempt at 234kg which would have bettered his own world records for the clean and jerk and total lifts. Fares Elbakh took silver for Qatar’s first weightlifting medal of the Games, and Thailand’s Sumpradit Sarat won the bronze.