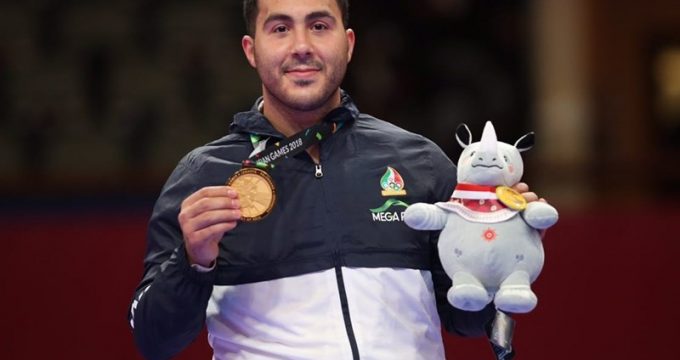 MNA – Iranian Karate practitioner Sajad Ganjzadeh has added yet another gold medal to Iran’s tally in the 2018 Asian Games currently under way in Indonesia.

Sajad Ganjzadeh collected the gold medal at +84 kg after defeating his Vietnamese rival in the final match.

He had reached the final match after defeating a Palestinian fighter in his first match, followed by defeating former Asian champion from Saudi Arabia Tariq Hamdi 4-1 to advance to the semi-final stage.

In the semifinals, he won against a Kyrgyz opponent 2-1 to reach the final showdown.

Collecting 14 gold, 11 silver and 9 bronze medals, Iran is currently ranked 4th in the medal table of the competitions. The 2018 Asian Games kicked off on August 18 in Indonesia and wraps up on September 2. Thousands of Asian athletes, including 378 Iranians, are competing in 42 different sports at the tournament.