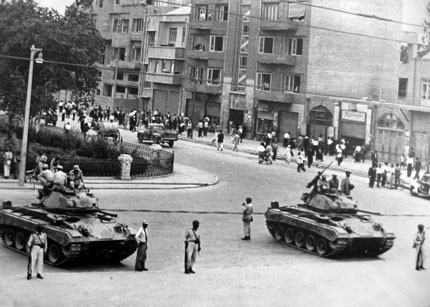 FNA – The founder and president of The Future of Freedom Foundation (FFF) described the CIA’s 1953 coup in Iran as the root cause of bad ties between Tehran and Washington, saying that the Iranian people are right to be angry with the US over the incident.

“I cannot speak to how Iranians today feel about the CIA’s 1953 coup that ousted Mosaddeq from power. I can say this though: If I were an Iranian citizen today, I would still be furious over what the US government did to my country in 1953,” Jacob G. Hornberger told FNA on Sunday.

Asked about the US motives for staging the coup in Iran, he said, “The CIA had two motives for Iran’s coup: First, to help British oil interests get their oil rights back after Mosaddeq nationalized the oil industry and, second, to install a dictator into power in Iran who would do the bidding of the US government – that is, a puppet regime, like that of the Shah.”

Hornberger underlined that the CIA’s 1953 coup is the root cause of the bad relations between Iran and the United States today.

Asked about the reason behind the US hostilities towards Iran, he said, “US national-security state officials have never forgiven the Iranian people for ousting the pro-US Shah from power in their revolution in 1979. No matter how brutal the Shah’s tyranny, the Iranian people were expected to continue suffering under it indefinitely. By partnering with Saddam Hussein and Iraq’s war on Iran, US officials hoped to successfully achieve another regime-change operation in Iran that would install another pro-US dictator into power. US officials will not rest until they accomplish that end. That is the purpose of the brutal sanctions on Iran today – to cause ever-increasing economic suffering on the Iranian people until another pro-US dictator is installed into power.”

The 1953 coup d’état (known in Iran as the 28 Mordad coup) was the overthrow of the democratically elected government of Iran, and its head of government Prime Minister Mohammad Mosaddeq on August 19, 1953, orchestrated by the United Kingdom (under the name ‘Operation Boot’) and the United States (under the name Pejak Project).

The coup saw the formation of a military government under Mohammad Reza Shah Pahlavi, who progressed from a constitutional monarch to an authoritarian one who relied heavily on United States’ support to hold on to power until his own overthrow in February 1979.

Hornberger is founder and president of The Future of Freedom Foundation (FFF). He is co-editor of five books that have been published by the FFF and author of The Kennedy Autopsy, Regime Change, and The CIA, Terrorism, and the Cold War: The Evil of the National Security State.