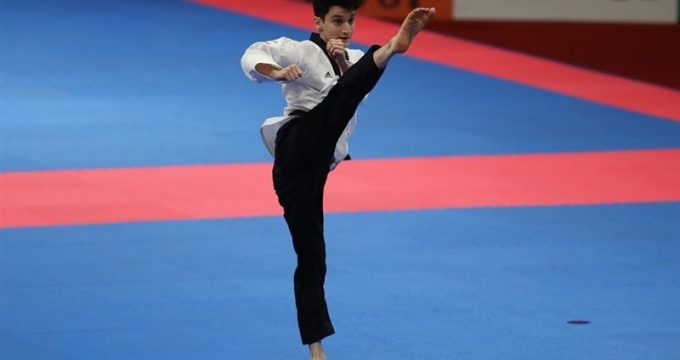 Poomsae, which requires taekwondo practitioners to demonstrate attacking and defense moves of the Korean martial art, is an official Asian Games medal discipline for the first time in Jakarta.

In the final, where the athletes have to perform two sets of poomsae — Kang’s average score of 8.81 was enough to beat Bakhtiyar, who had 8.73.

For the poomsae competition, the average score of two poomsae sets determines the winner.

The 2018 Asian Games are also known as Jakarta Palembang 2018, is a pan-Asian multi-sport event scheduled to be held from 18 August to 2 September 2018 in the Indonesian cities of Jakarta and Palembang.

These are the 18th edition of the quadrennial event.