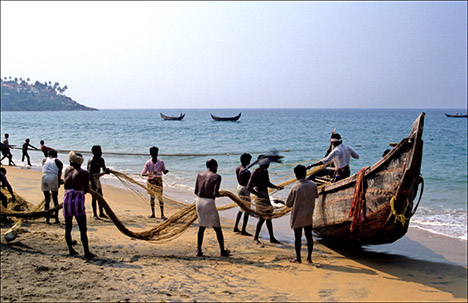 Tasnim – The deputy head of the Iranian Fisheries Organization rejected as untrue claims that the organization has issued licenses to Chinese fishermen to work in the Persian Gulf waters.

“The Iranian Fisheries Organization has not issued a license to the Chinese to catch fish (in Iranian waters),” Shapour Kakoulaki told Tasnim on Saturday.

The Chinese nationals present in Iranian territorial waters in the Persian Gulf work for Iranian ships, he added.

The official further said that Iranian fishermen have rented Chinese ships or purchased them on installment plans, adding that these ships and their crew are hired but Iranian companies own the fish caught in the waters.

Earlier in the day, Deputy Head of Iran’s Ports and Maritime Organization Mohammad Ali Hassanzadeh had said that the Chinese fishermen have official licenses for fishing at a depth of 200 meters.

Some media reports have also claimed that the Chinese vessels are overfishing in the Persian Gulf waters.

According to the reports, around 300 foreigners are working in Iranian vessels and totally around 85 vessels are active in the field of fishing Lantern Fish in southern Iranian waters.