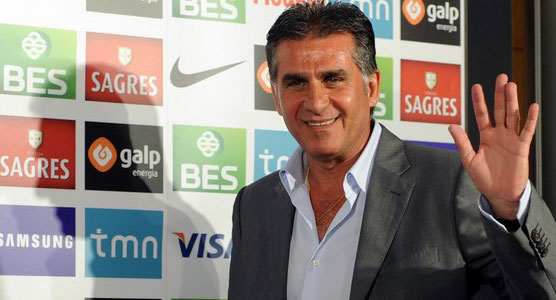 The Portuguese has yet to extend his contract with Iranian federation but Deputy Sports Minister Mohammad Reza Davarzani says he will lead Team Melli in the competition in the UAE.

Carlos Queiroz has been recently linked with a move to South Korea and Colombia.

“Queiroz will remain as Iran coach in the 2019 AFC Asian Cup,” Davarzani said.

Iran national football team have been drawn with Iraq, Yemen and Vietnam in Group D of the 2019 AFC Asian Cup.