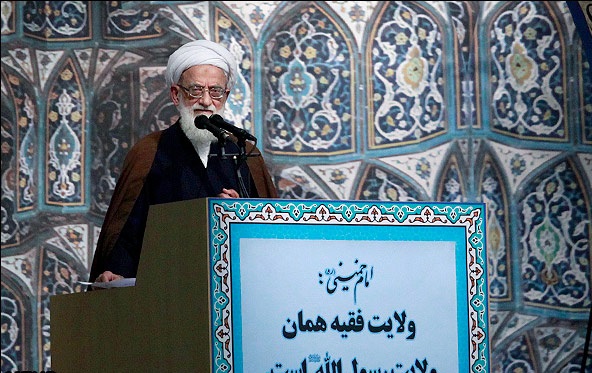 Tasnim – Tehran’s Provisional Friday Prayers Leader Ayatollah Mohammad Emami Kashani highlighted the US government’s endless enmity toward the Iranian nation and said the Islamic Republic will by no means accede to any one-sided negotiation with Washington.

“The US has pinned all its hopes on the issue that it would put pressure on Iran for the negotiation,” Ayatollah Emami Kashani said, addressing a congregation of worshipers in Tehran on Friday.

“Iran would never bear the burden of such a negotiation that they (US officials) are seeking,” he said, adding that Iran’s stance on the issue is the same as what Leader of the Islamic Revolution Ayatollah Seyed Ali Khamenei has announced from the beginning.

The cleric further pointed US President Donald Trump’s unreliability and said even if a negotiation occurs between Tehran and Washington, the US president will lie and renege on his promises.

The comments came after Trump last week voiced a willingness to meet with Iran’s leadership, without preconditions, “whenever they want.”

“I would certainly meet with Iran if they wanted to meet,” Trump said during a joint news conference at the White House alongside Italian Prime Minister Giuseppe Conte on July 30.

“I do believe that they will probably end up wanting to meet. I’m ready to meet whenever they want to,” he added.

“No preconditions,” he added. “They want to meet, I’ll meet, whenever they want.”

On May 8, Trump pulled his country out of the Joint Comprehensive Plan of Action (JCPOA), which was achieved in 2015 after years of negotiations between Iran and the Group 5+1 (Russia, China, the US, Britain, France and Germany).