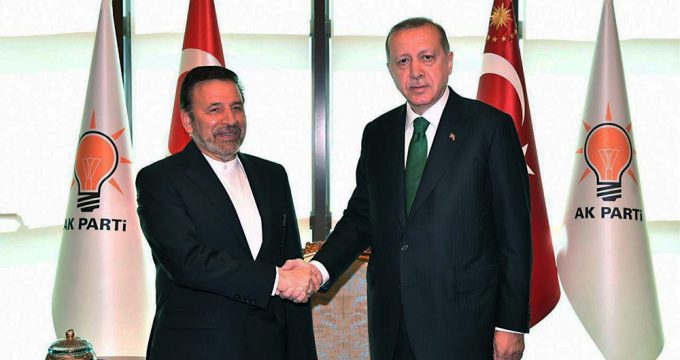 IRNA – Special envoy of Iran’s President to Turkey submitted the message of Hassan Rouhani to his Turkish counterpart Recep Tayyip Erdogan on Thursday.

Mahmoud Vaezi and President Erdogan discussed the latest developments in the nuclear deal and the US’ sanctions.

Iran and the five permanent members of the UN Security Council (the US, France, Britain, China, and Russia) plus Germany signed the Joint Comprehensive Plan of Action (JCPOA) in 2015. Iran accepted to curb its nuclear program in exchange for economic sanctions relief.

The US President Donald Trump withdrew from the deal on May 8, calling it the worst deal ever. Washington has also re-imposed the economic sanctions, the first set of which took effect on August 6.

Washington has also urged its allies to halt their oil imports from Iran by November 4. The decision has prompted some major customers of Iran crude, such as South Korean and India, to explore ways for escaping the demand.

Vaezi in the meeting with the Turkish President emphasized Iran’s resolution for resistance to make the US regret its measures against Tehran.

Erdogan, on his part, said his country was willing to maintain cooperation ties with Iran and to find ways for developing bilateral relations as well as alleviating possible obstacles.

The Turkish President also expressed eagerness to visit his Iranian counterpart in the near future.

Vaezi, who is Iranian President’s Chief of Staff, met with Turkish Minister of Foreign Affairs on Thursday.