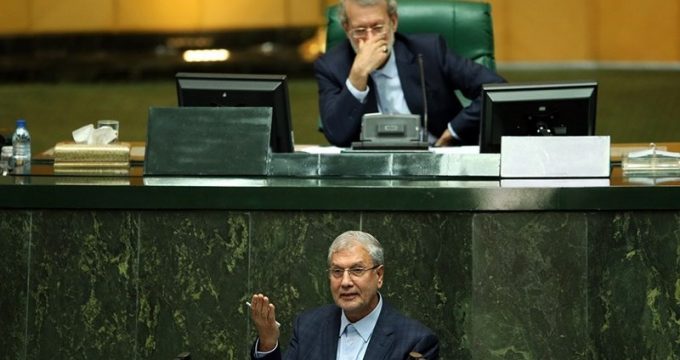 Tasnim – Iranian lawmakers on Wednesday gave a vote of no confidence to Minister of Cooperative, Labor and Welfare Ali Rabiee, terminating the much-criticized minister’s term after five years in office.

The labor minister was impeached for the second time in less than five months. He had survived a vote of no confidence on March 13.

At the conclusion of the session, attended by 243 parliamentarians, 129 lawmakers voted in favor of Rabiee’s dismissal, while 111 voted against the plan to dismiss the minister. Three lawmakers abstained.

Rabiee has come under strong criticism from opponents for controversial job assignments in organizations under his control, lingering problems and job insecurity in the working class, improper insurance conditions, and poor handling of insurance issues for Sanchi -an Iranian oil tanker that sank in the South China Sea in January after burning for a week.

Rabiee has been serving as the labor minister in both administrations of President Hassan Rouhani.