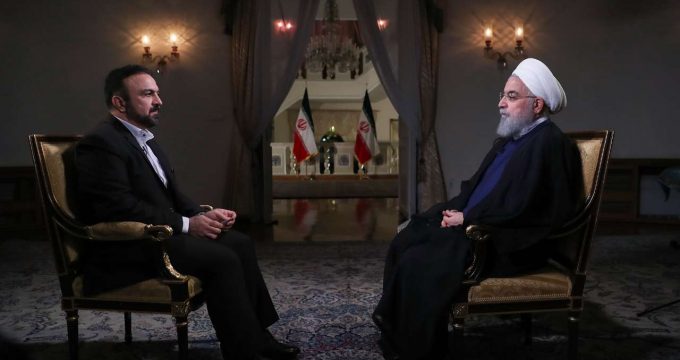 President: US indebted to Iranian nation

IRNA – President Hassan Rouhani said late Monday the US is indebted to the Iranian nation, as it should apologize to it for interfering in their country’s affairs.

In a live televised speech, he stressed that it should pay its debts to the Iranian nation, he stressed.

Asked about US withdrawal from the JCPOA and EU’s commitment to the deal, he said that first the Americans wanted to align the Europeans with themselves but they failed and quit the deal alone in May.

The US expected Iran to follow the suit and leave the deal to give an excuse for it to take the case to the United Nations Security Council, he said.

“We made an achievement through the JCPOA and that’s Resolution 2231 which revoked earlier resolutions and invited all countries to support the JCPOA as a solid international agreement,” he said.

“Trump wanted to take away this achievement from us, as it sought to encourage the entire world to impose sanctions against Iran but it failed,” he said, noting that even the Europeans strongly opposed the US.