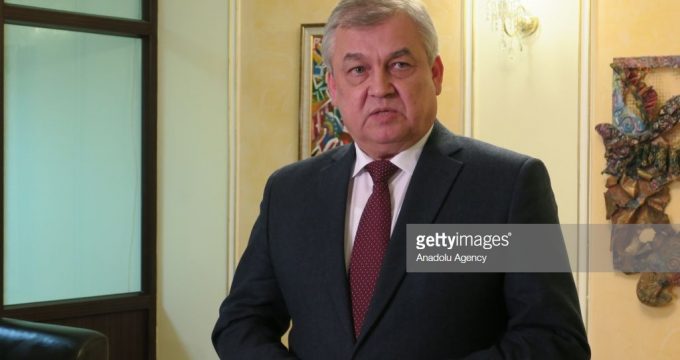 Press TV – Reform of the Syrian constitution was top of the agenda during the first day of the tenth round of Syrian talks in Sochi on Monday according to Russian Special Envoy for Syria Alexander Lavrentiev.

Having received lists of potential candidates for the constitutional committee from the Syrian government and opposition, “we are currently discussing the third main group: representatives from Syria’s civilian society,” Lavrentiev said.

“Then we will look into procedural and organizational issues surrounding how the constitutional committee will work, but that is not for now. As a guarantor, we are helping Stefan de Mistura get the constitutional reform off the ground,” he said.

The delegations also discussed helping refugees to return to Syria and “the strengthening of trust between the opposition and government.”

“We pay particular attention to this question, mainly during our working group meetings on prisoner exchanges, searches for missing people and body exchanges. This is very important and we hope that to make progress here,” the envoy said.

Delegations from Iran, Turkey and the Syrian government along with UN Special Envoy for Syria Staffan de Mistura are attending the talks.

The humanitarian situation in Syria and the establishment of a Syrian constitutional committee are expected to top the agenda at the meeting.

Alexander Lavrentiev, Sochi talks, Syria talks, Syria's constitution July 31, 2018
Russia: No one can force Iran to leave Syria
Direct warfare with the US is out of the question for Iran, analysts say — here’s why