A Look at Iranian Newspaper Front Pages on July 30

Iran Front Page – IFP has taken a look at the front pages of Iranian newspapers on Monday, July 30, 2018, and picked headlines from 12 of them. IFP has simply translated the headlines and does not vouch for their accuracy.

The ongoing fluctuations in Iran’s foreign currency and gold coin markets hit the headlines on Monday, as the Iranian currency hit its lowest-ever value against the US dollar and other currencies.

Also a top story was remark by Foreign Minister Mohammad Javad Zarif about the US’ addiction to sanctions as well as a rift between Europe and the US, which has been intensified by the US’ policies on the Iran nuclear deal, and must be used by the Islamic Republic as an opportunity. 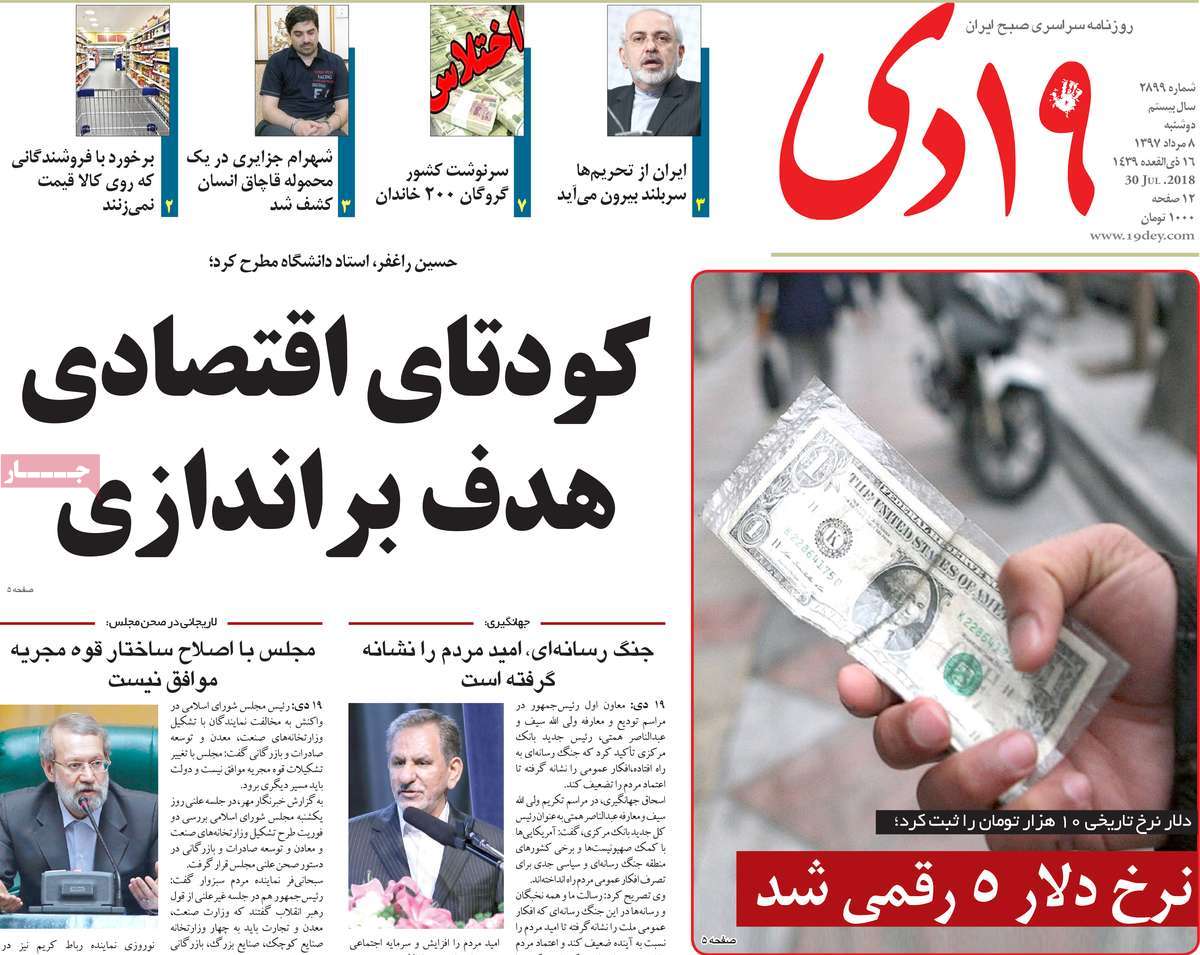 1- Zarif: I’m Not Immature to Think We Can Cause Rift between Europe, US

2- Omani FM Visits Washington to Mediate between Iran, US 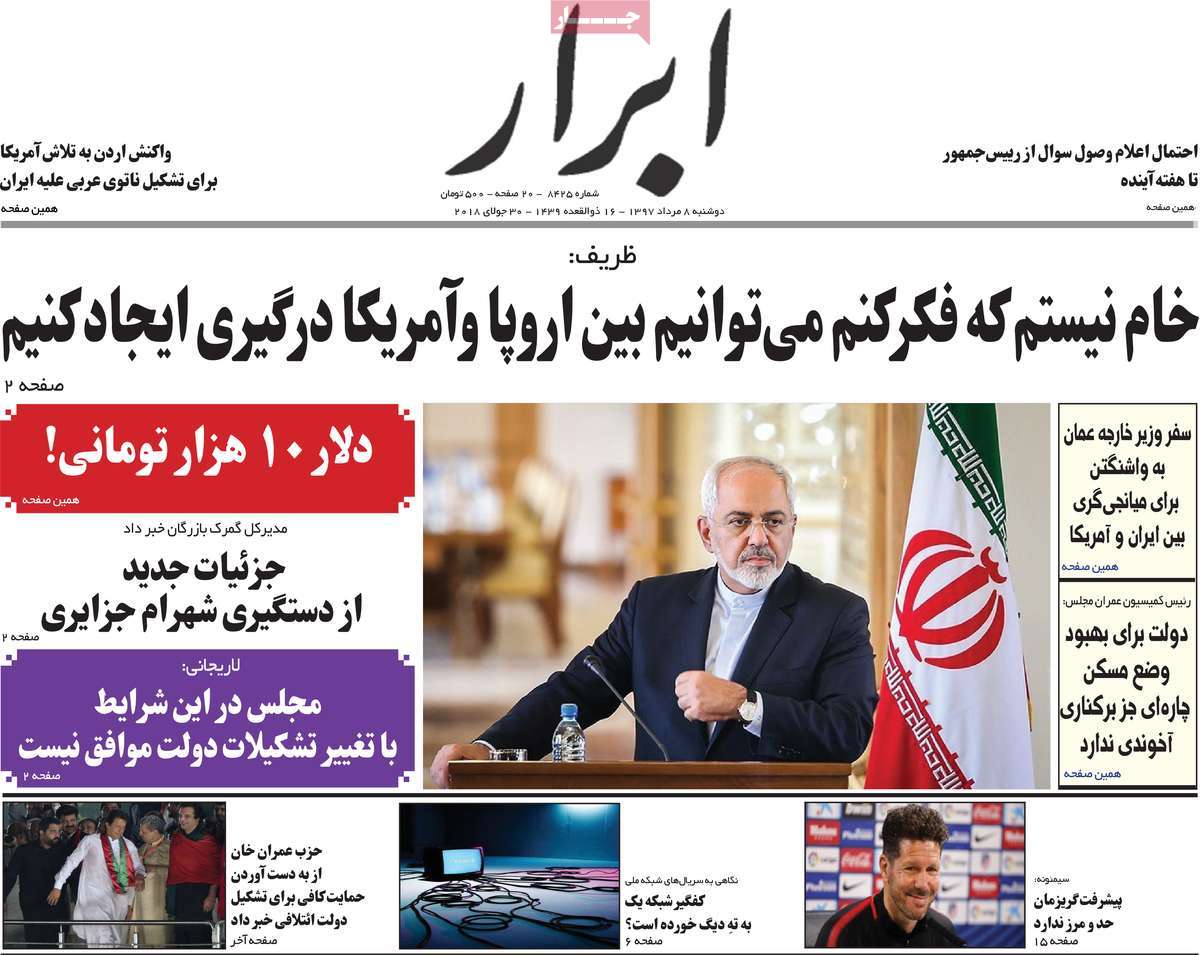 2- FM Reacts to US’ Recent Moves: We’ll Use Opportunity of Rift between US, Europe 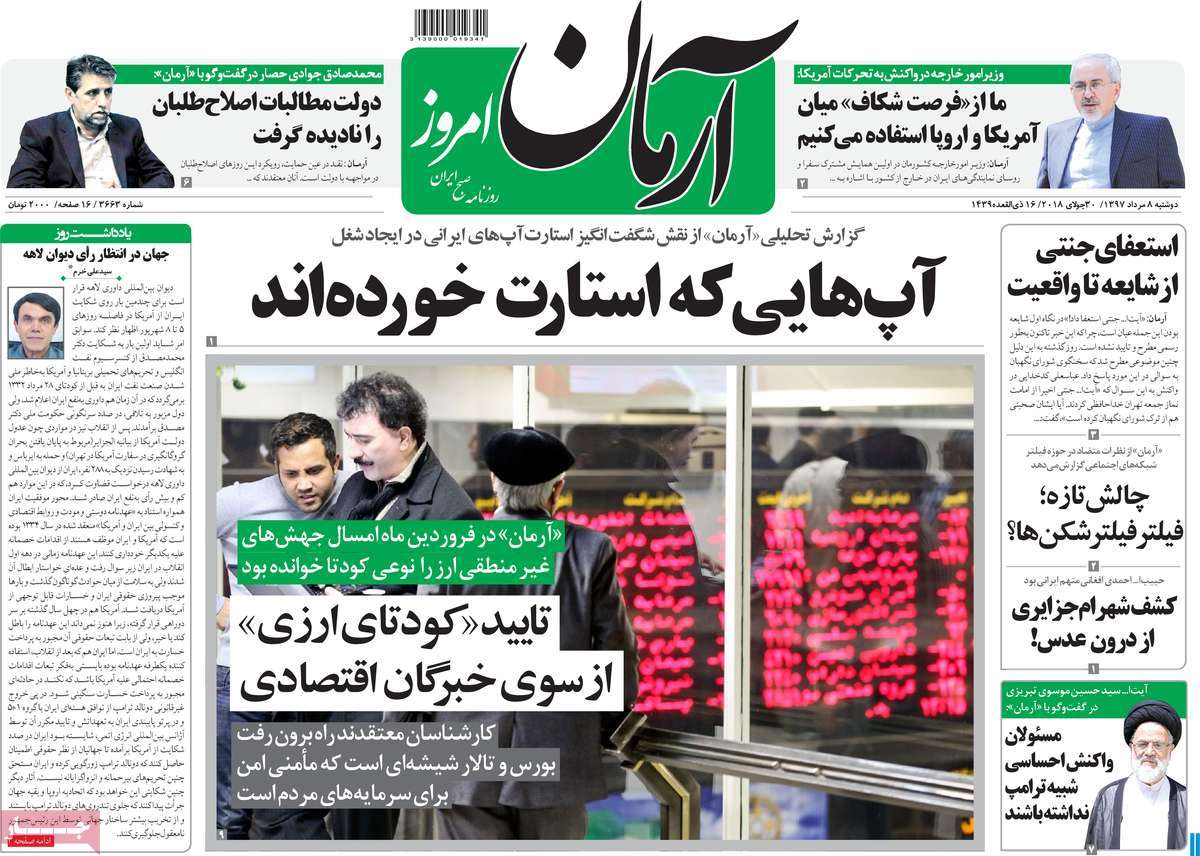 1- Zarif: US Addicted to Sanctions 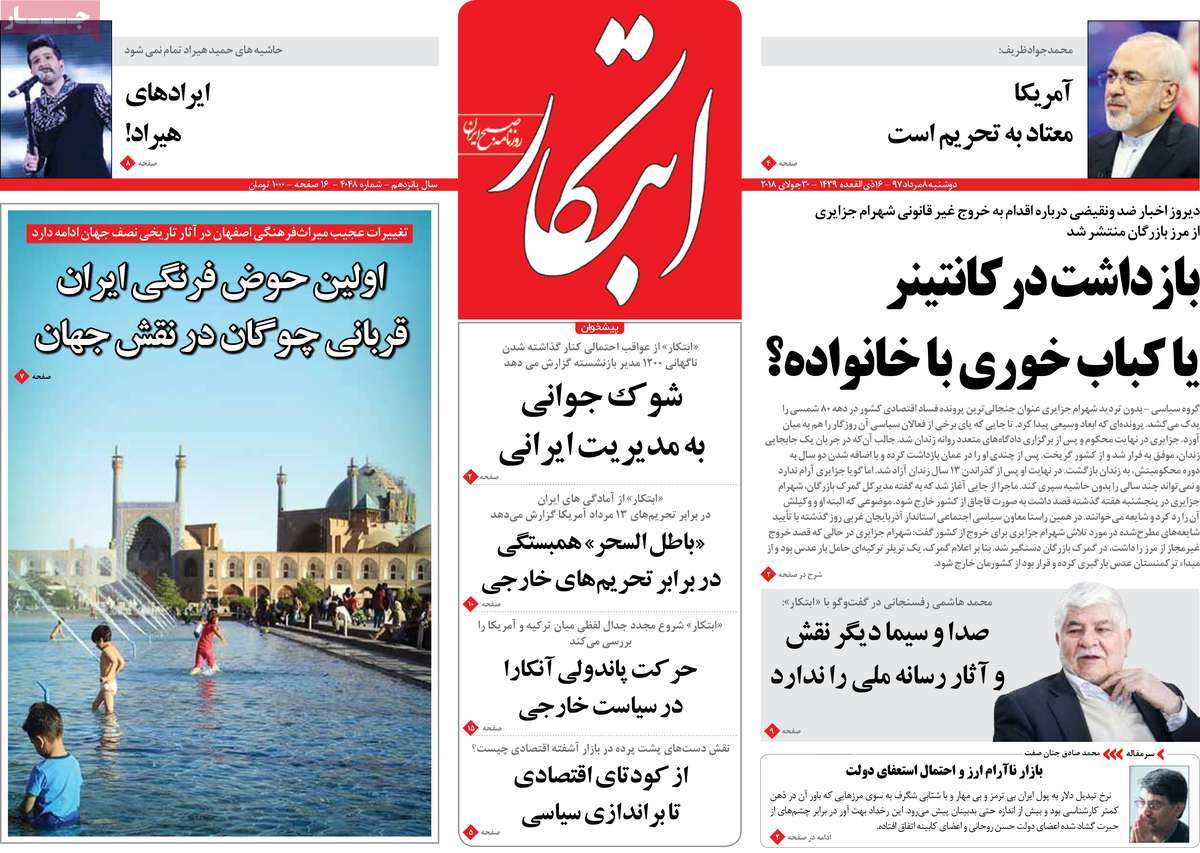 1- Women Did the Job Wherever They Entered: Rouhani

2- You Can’t Insult Iran in Morning, Invite It to Talks in Afternoon: Iran Envoy to UN 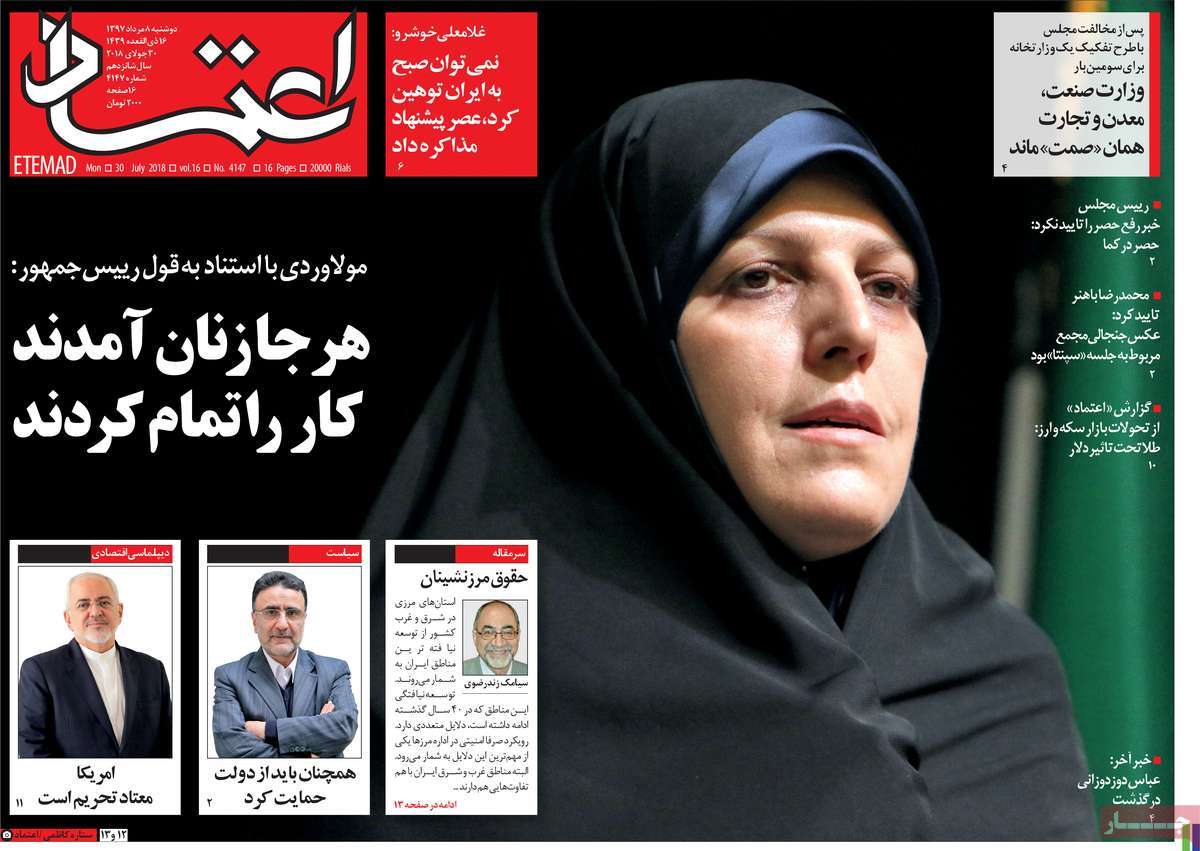 1- Zarif: World Has Come to Conclusion US Must Quit Addiction to Sanctions 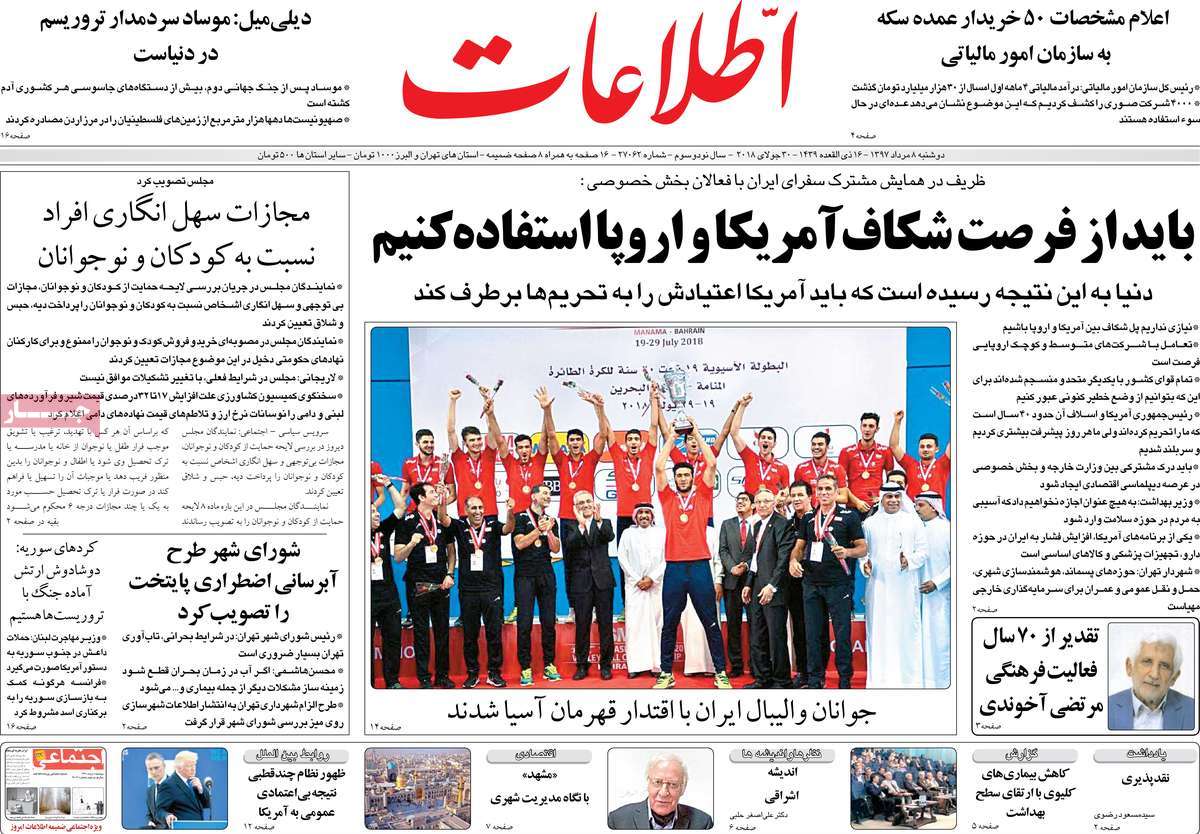 2- American Academic Warns: Those Implementing FATF Must Adapt Themselves to US Policies 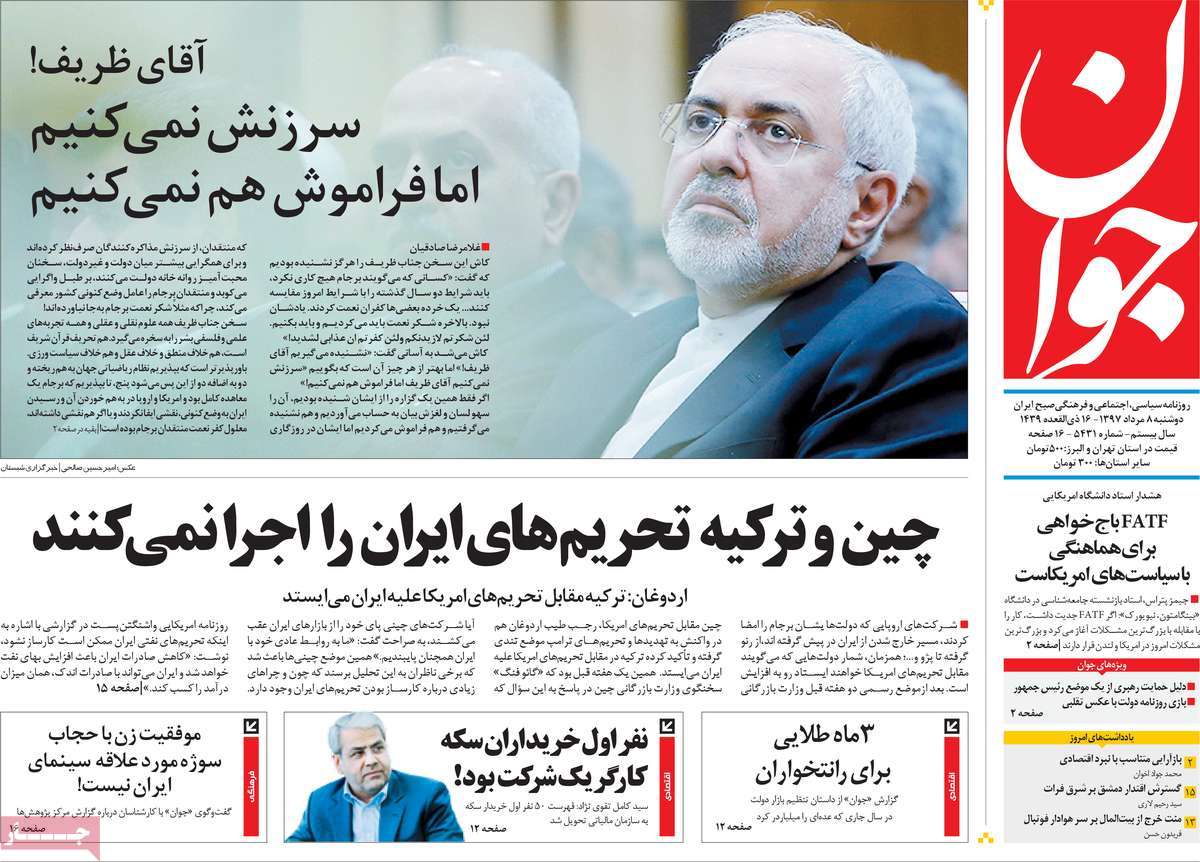 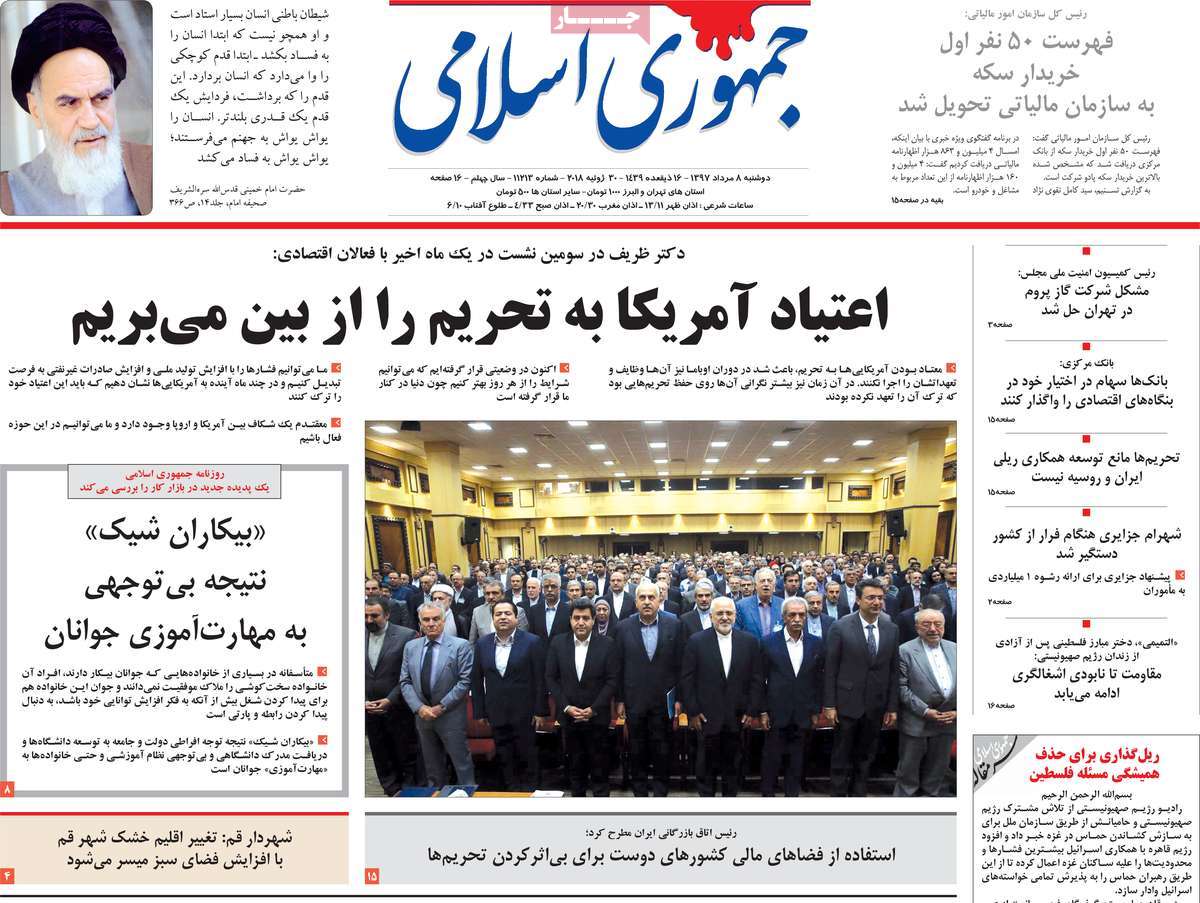 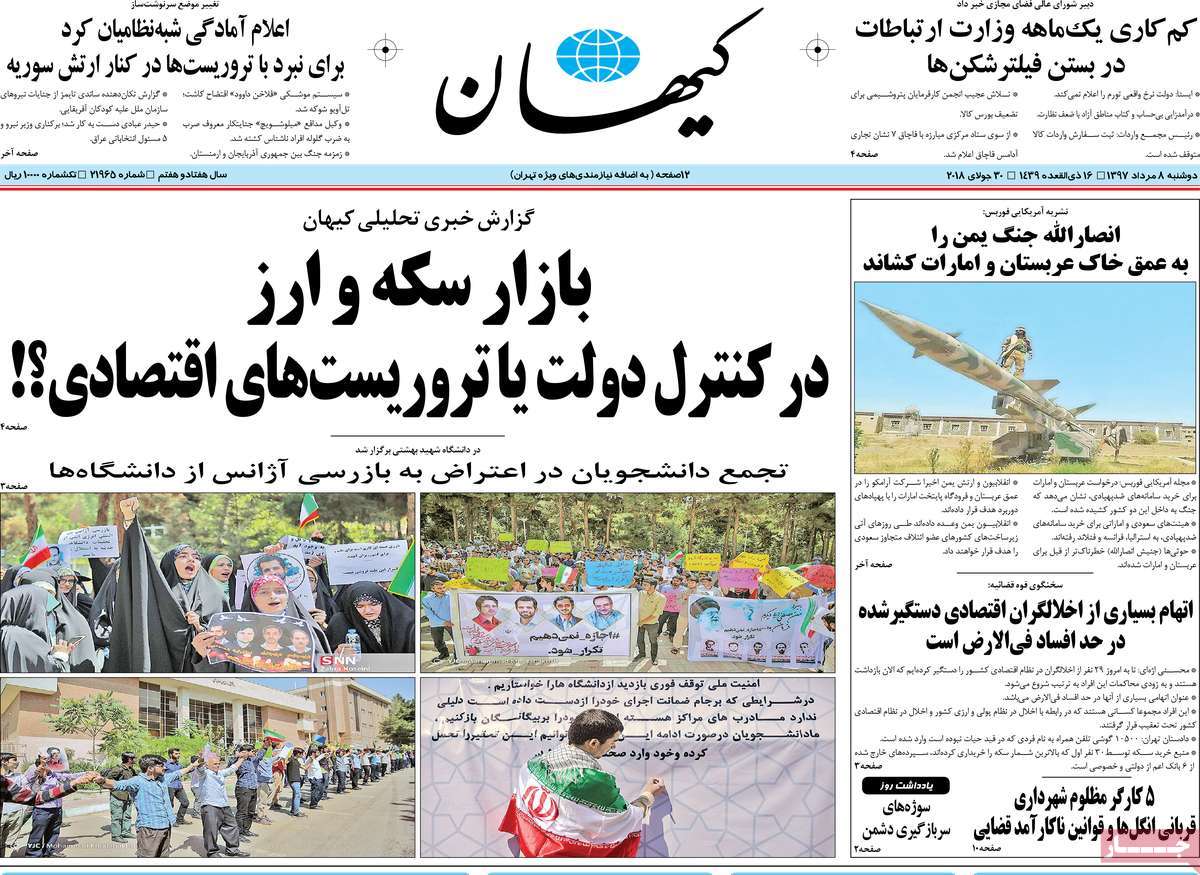 1- Interior Minister: 4,000 Tonnes of Illicit Drugs to Be Poured into Gates of Europe If Iran Closes Its Eyes for 24 Hours 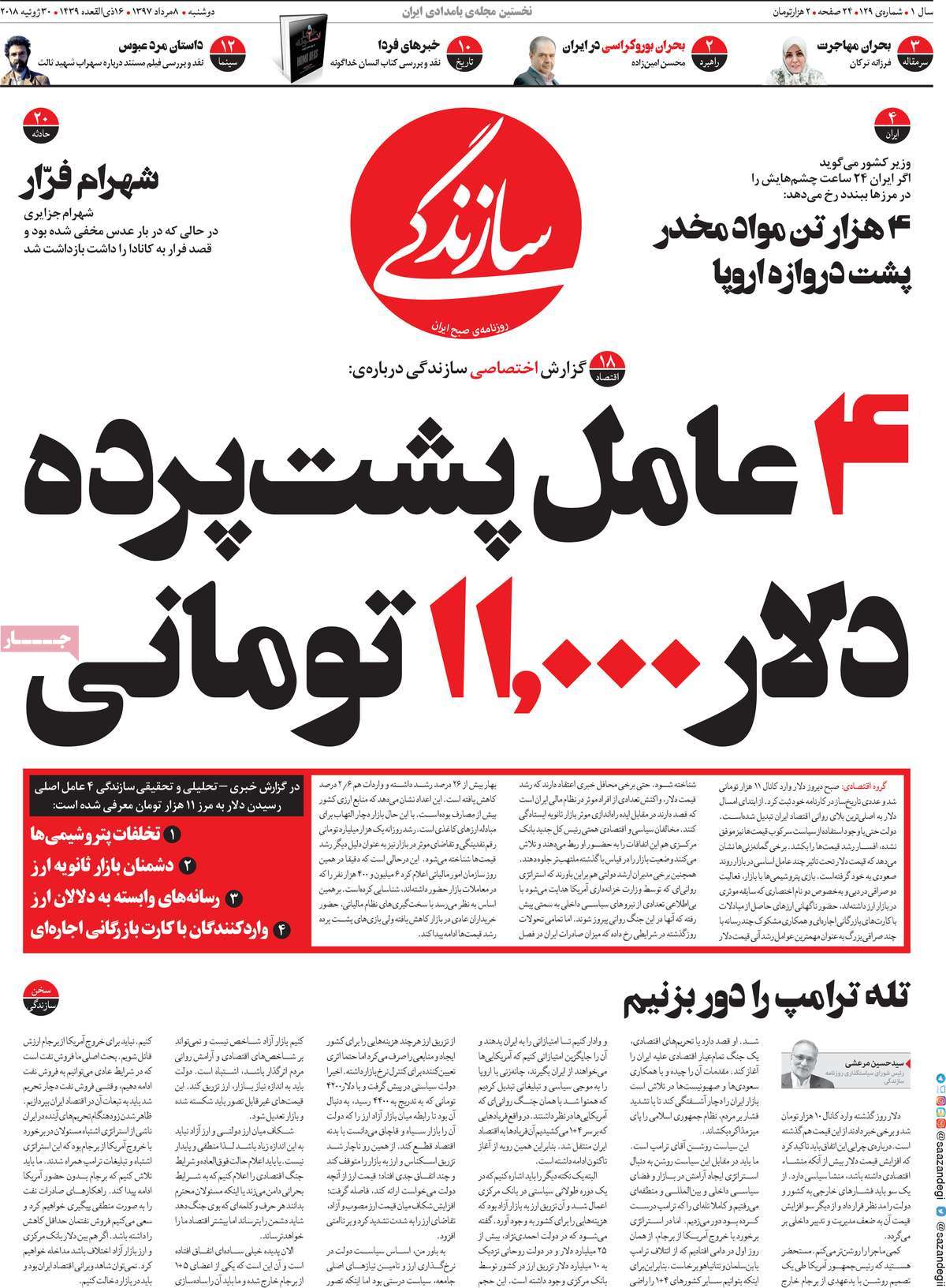 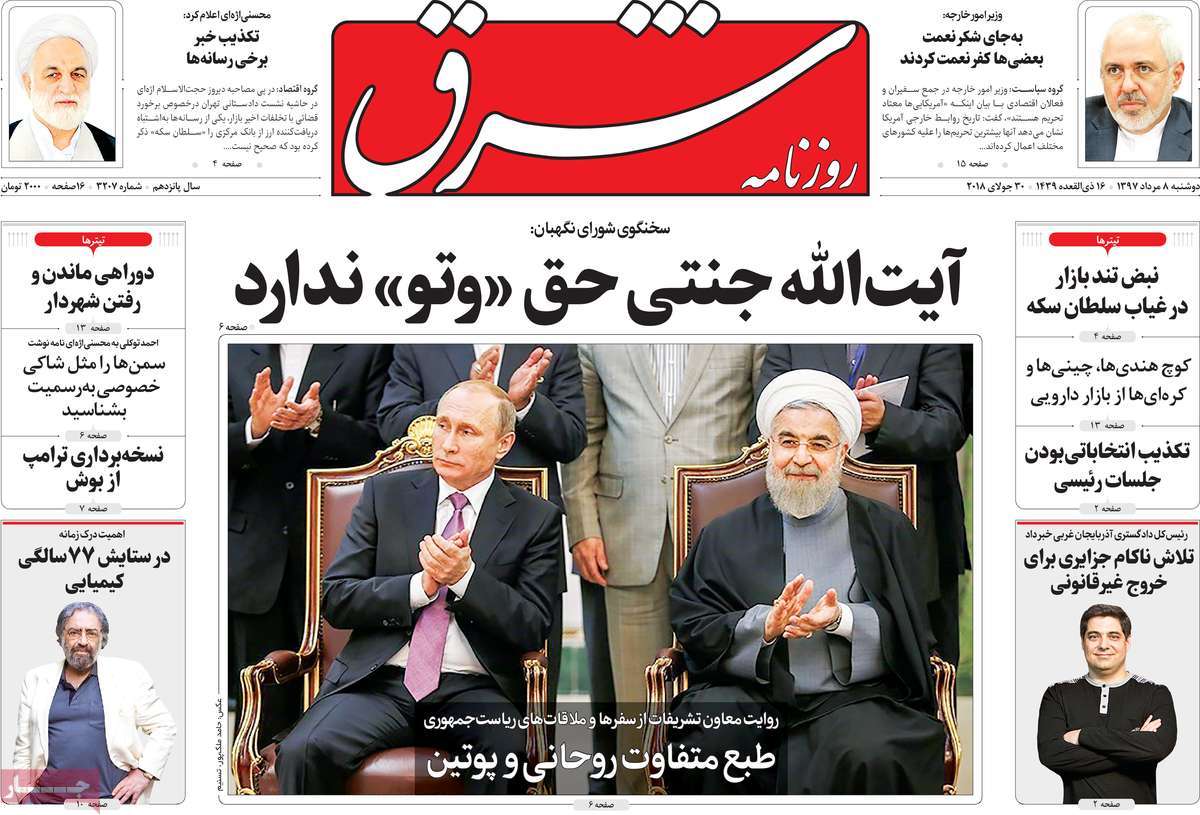 2- Health Minister: US Lying that It Feels for Iranian Nation 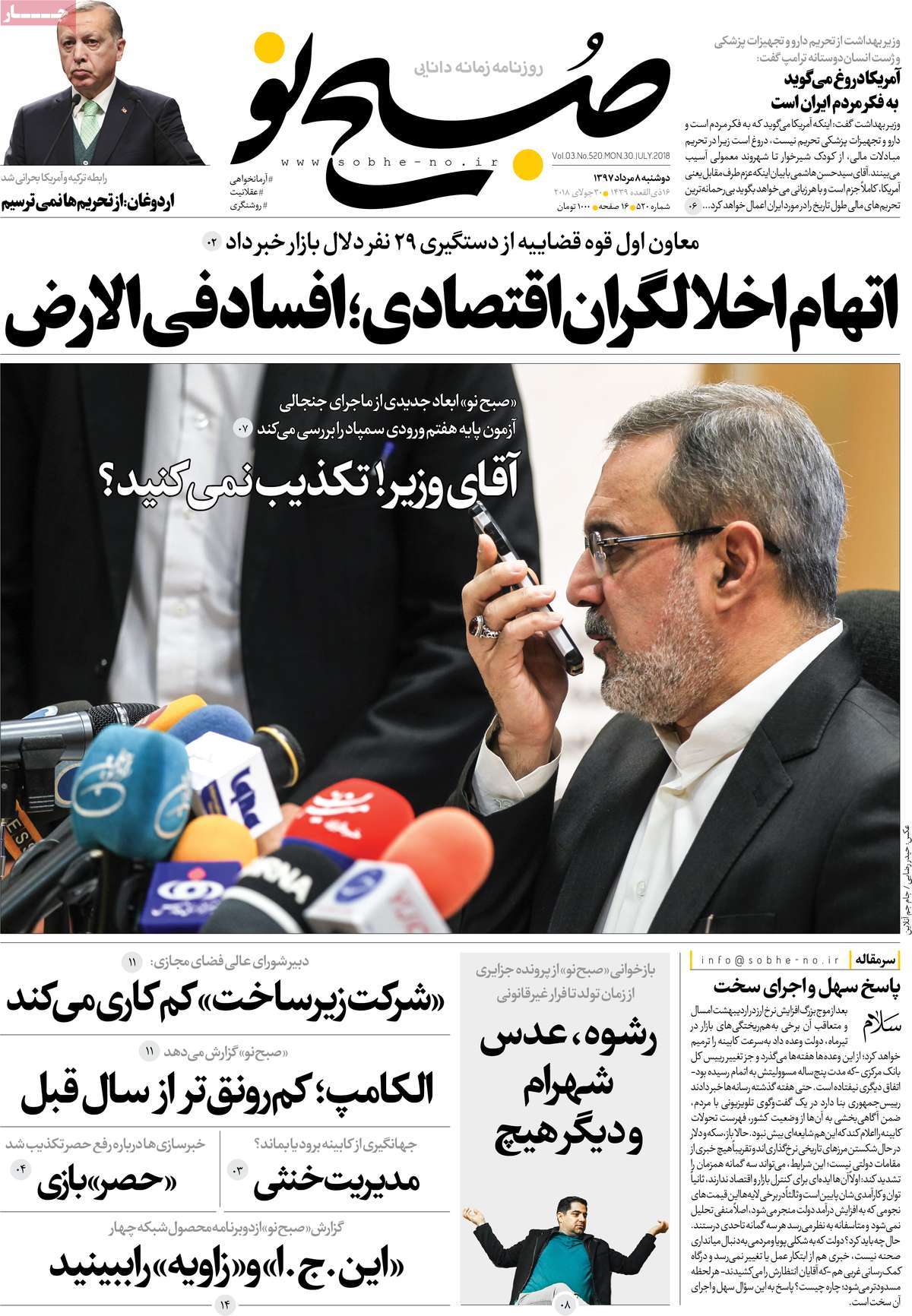