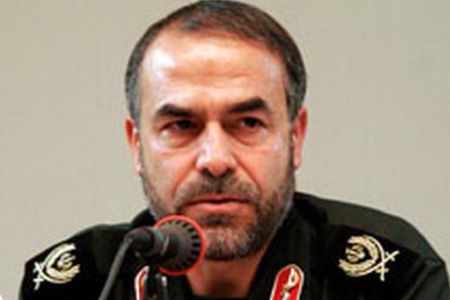 “Iran to reciprocate if its interests jeopardized by enemies”

IFP – An IRGC commander says it will be “natural” for Iran to respond if the US tries to the bully the country and carry out its threat to cut down Tehran’s oil exports.

Brigadier General Yadollah Javani, the IRGC’s Lieutenant Commander for Political Affairs, says if others seek to endanger Iran’s interests, the Islamic Republic will use its facilities to endanger their interests in turn.

Speaking to Tasnim News Agency on Saturday, Javani said Iran’s threat to hamper oil flow in the region is “credible”, and its implementation depends on the behaviour of the US administration in the upcoming months.

Javani said without the Islamic Republic, it won’t be possible for others to secure the region’s waterways.

“The security of the waterways is affected by the Iranian political system’s will … that’s why Iran’s mutual threat is credible,” he said.

The US has threatened to cut down to zero Iran’s oil exports as part of its efforts to step up pressure on the Islamic Republic.

Iranian President Hassan Rouhani suggested earlier this month that Iran would try to stop oil trade in the region, if the US halts Iran’s oil export.