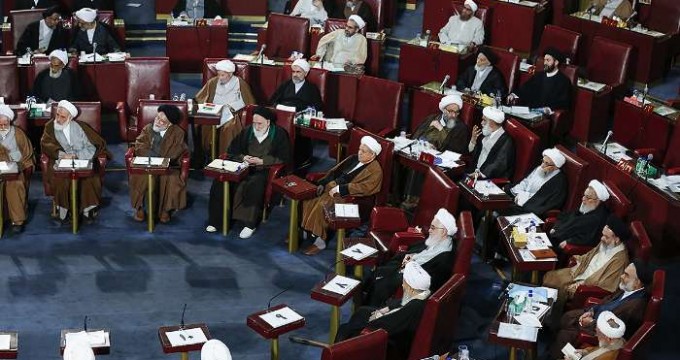 Tasnim – The Assembly of Experts, a top body electing leader of the Islamic Revolution in Iran, urged the country’s officials not to pin their hopes on the promises given by the European parties to the 2015 nuclear deal after the US withdrawal from the international accord.

“The sturdy tree of the Islamic Revolution is passing its 40th year at a time when international looters and sworn enemies are once again making their desperate attempts to deal blows to it,” the Assembly of Experts said in a statement released after a meeting in Tehran on Thursday.

“Over the past 40 years, the enemies have targeted the most important factor of the success of the Islamic Establishment, which is the people’s trust,” it added.

The enemies are seeking to impose pressures on the Iranian people through imposing economic pressures and sanctions on the country and then drive a wedge between the people and the Establishment, the statement said.

In the current situation, the country’s officials are required to powerfully stand against conspiracies of the enemies and refrain from pinning their hopes on the Europeans’ promises, it stressed, referring to Europe’s move to propose a package of economic measures to offset US pullout from the nuclear deal, known as the Joint Comprehensive Plan of Action (JCPOA).