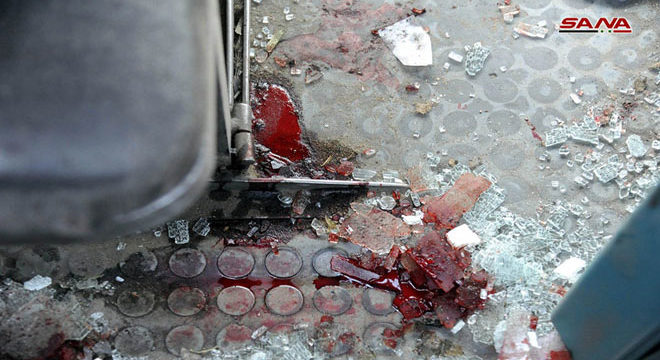 Press TV – The Lebanese Hezbollah resistance movement and Syrian President Bashar al-Assad have condemned deadly Daesh attacks in southwestern Sweida Province, saying such crimes are mere attempts to prop up the foreign-backed terrorists which are suffering one defeat after another on the battlefield.

In a statement released on Thursday, Hezbollah offered its deepest condolences to families of the victims of Wednesday’s Daesh bombings and shootings, the worst bloodshed in Sweida since the conflict erupted in 2011.

Four bombers had targeted Sweida City while others had hit small villages and shot residents in their homes.

The so-called Syrian Observatory for Human Rights has put the death toll at 246.

Hezbollah said that the terrorist attacks “show that regional and international forces continue to use these criminal gangs to achieve their malicious and aggressive goals.”

The assaults, it noted, come “in the wake of the recent victories by Syria and its allies, especially in the south of the country.”

The resistance group further denounced the collaboration between anti-Damascus militants and Washington, saying US occupation forces are actually participating in the terrorist crime against Syria and its people.

In a meeting with Russia’s special envoy on Syria Alexander Lavrentiev in Damascus on Wednesday, Assad lashed out at the states that are backing terrorist groups in Syria.

“Today’s crime shows that countries supporting terrorism are trying to breathe life back into the terrorist organization to keep it as a card in their hand that they will use to achieve political gains,” he said.

“These attempts will only succeed in… shedding more innocent blood,” he added.

Additionally on Wednesday, the United Nations Resident and Humanitarian Coordinator for Syria Ali al-Za’atari denounced the Daesh attacks in Sweida.

He also reaffirmed the UN’s firm stance on protecting civilians and infrastructure in Syria amid the war.