Iran Front Page – IFP has taken a look at the front pages of Iranian newspapers on Tuesday, July 24, 2018, and picked headlines from 21 of them. IFP has simply translated the headlines and does not vouch for their accuracy.

The top story in all newspapers today was the escalation of a war of words between Iranian President Hassan Rouhani and his US counterpart Donald Trump.

Also a top story was Tehran’s reactions to meddlesome comments by US Secretary of State Mike Pompeo, who delivered a speech in California, titled ‘Supporting Iranian Voices’.

Several papers also highlighted the remarks made by President Rouhani in a meeting with a group of reformist lawmakers.

1- 24 Hours of Tension between Iran, US: War of Words Escalates between Rouhani, Trump 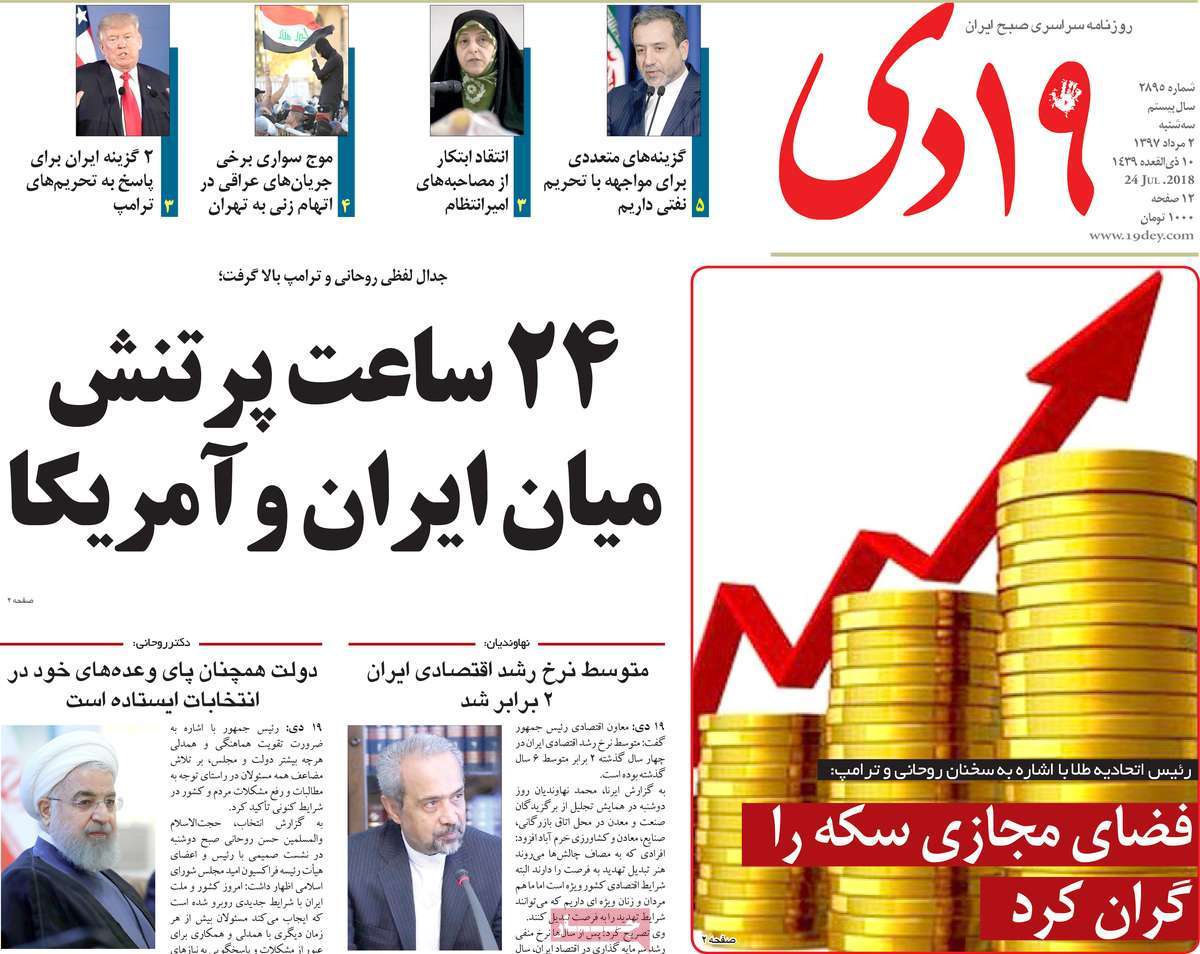 1- Araqchi: We Have Several Options to Counter Oil Sanctions 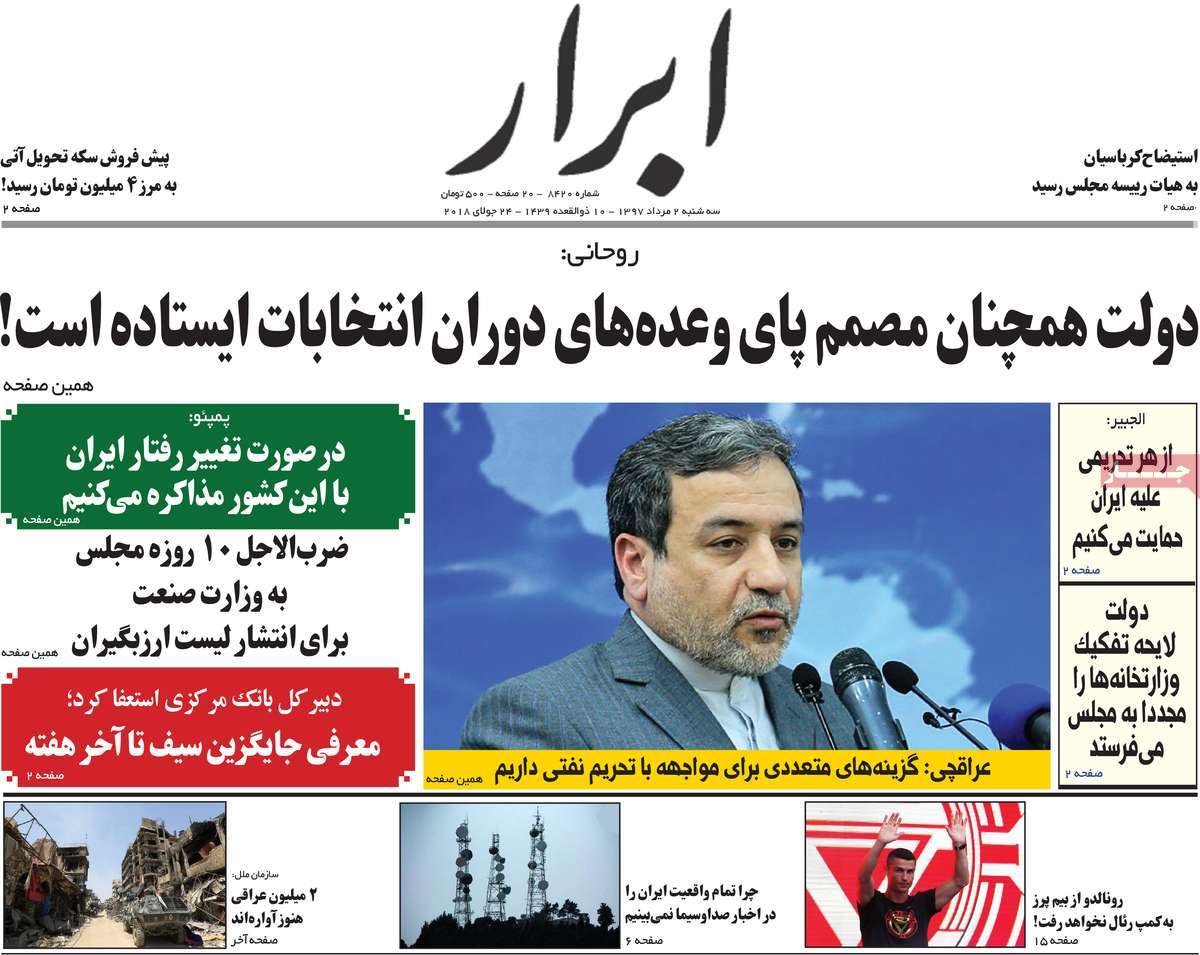 1- Governor of Central Bank May Be Replaced by Weekend 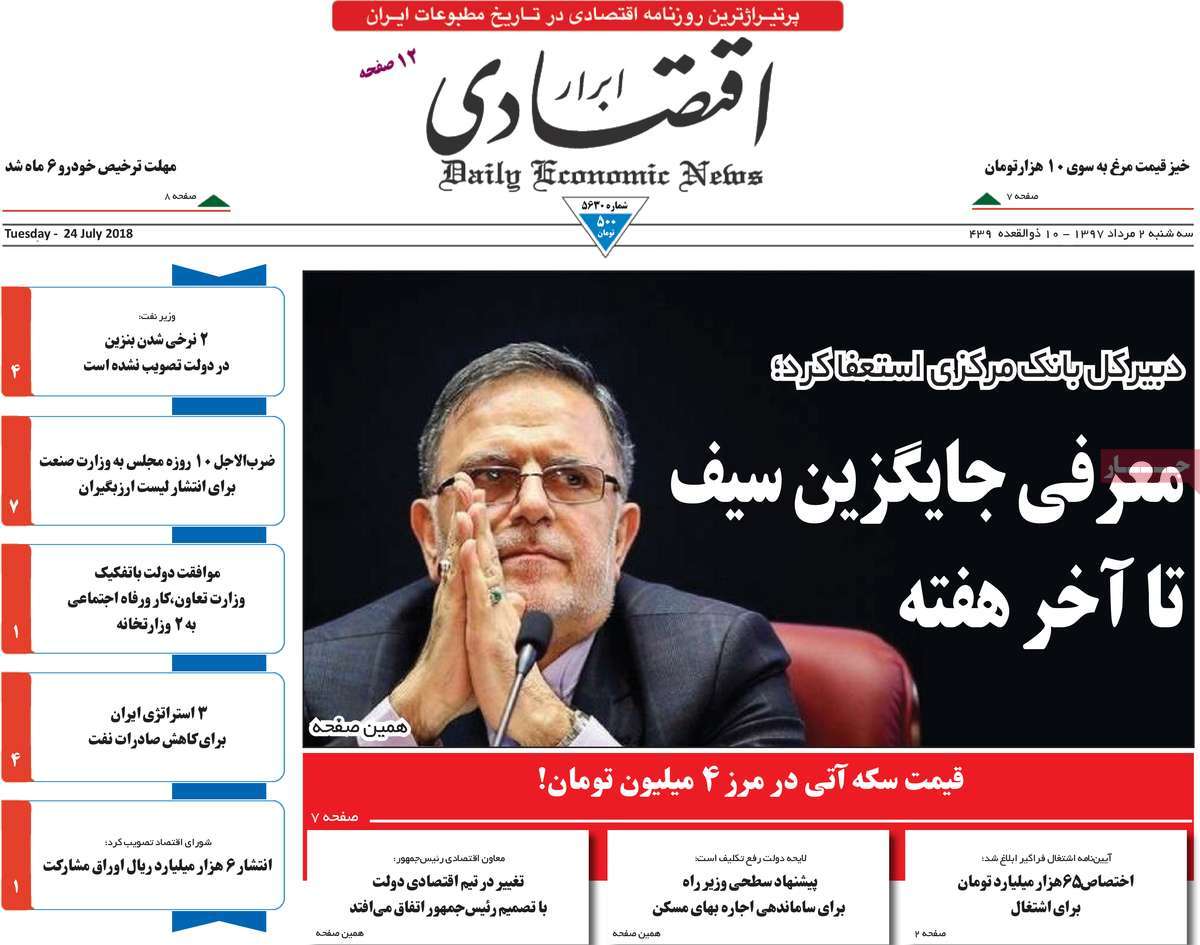 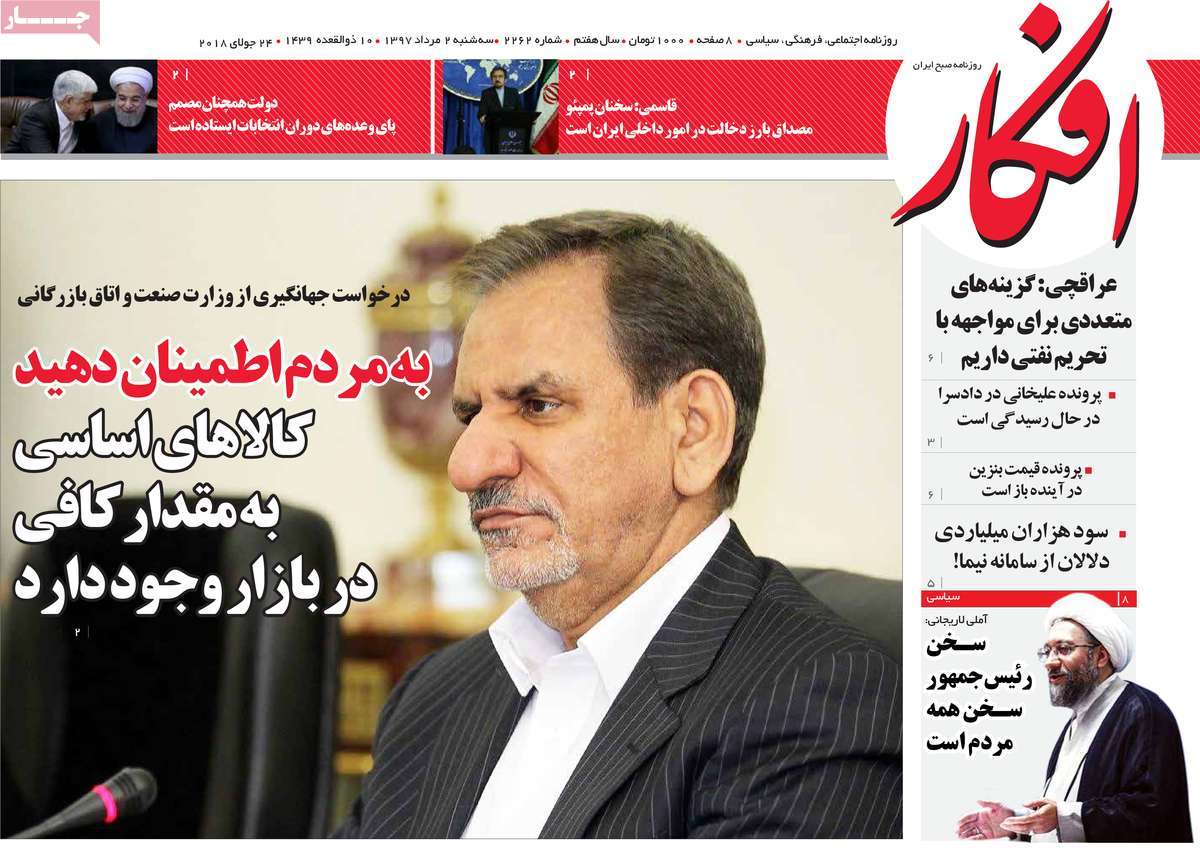 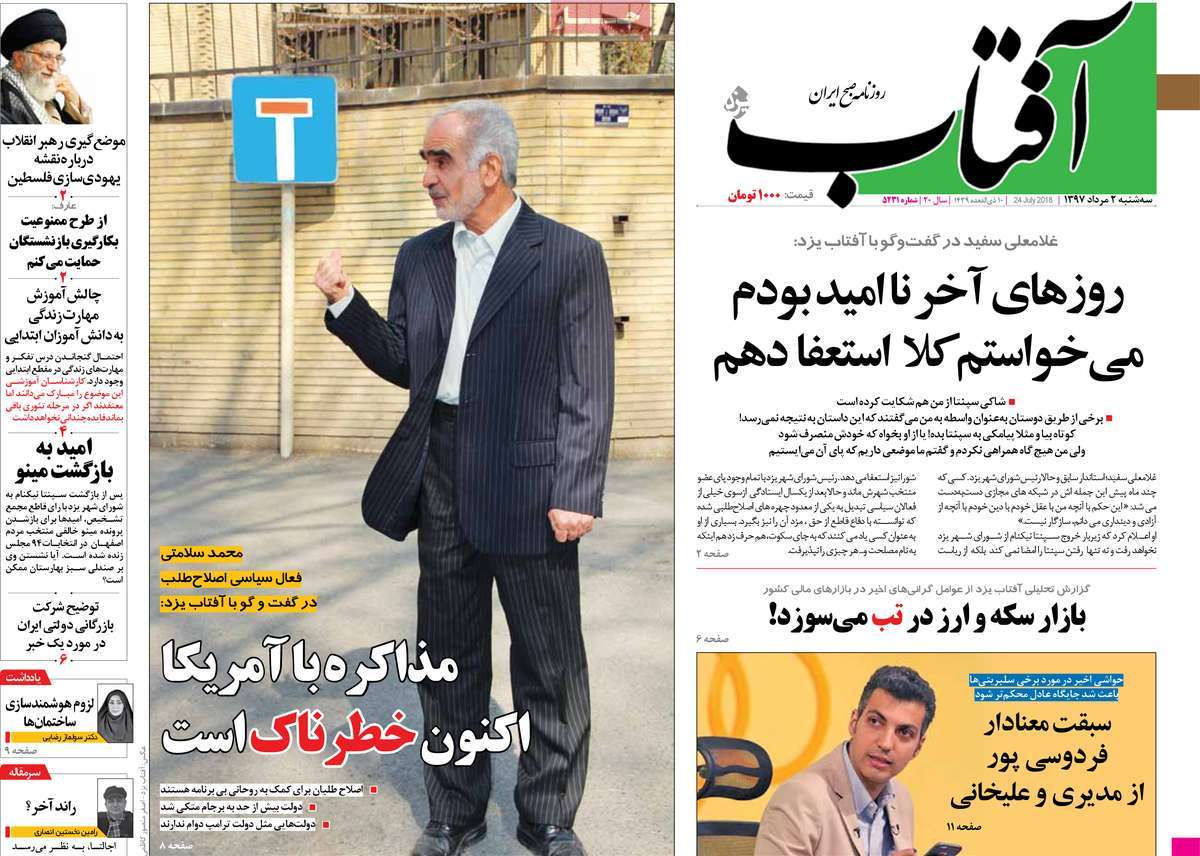 1- Telegram May Be Unblocked in Future: Official 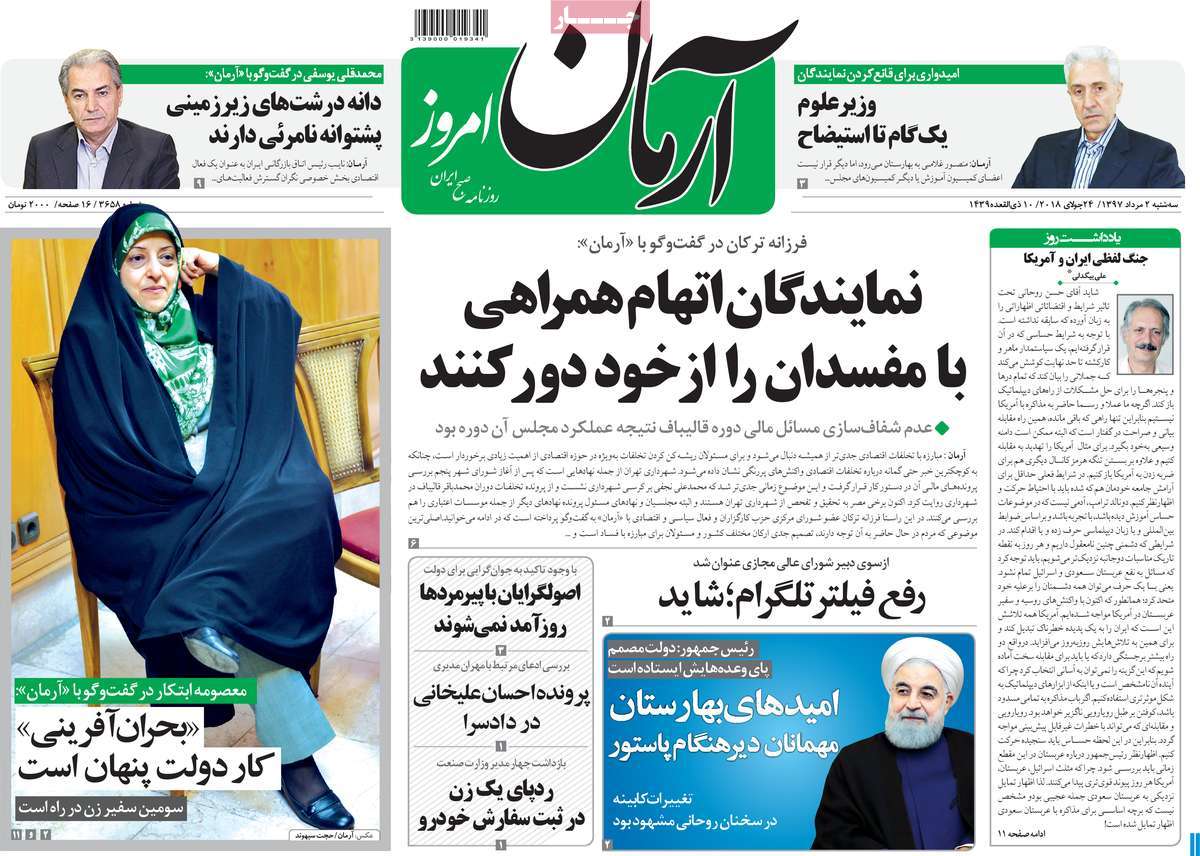 1- Judiciary Chief: Iran to Give Unforgettable Response to Any Unwise US Move 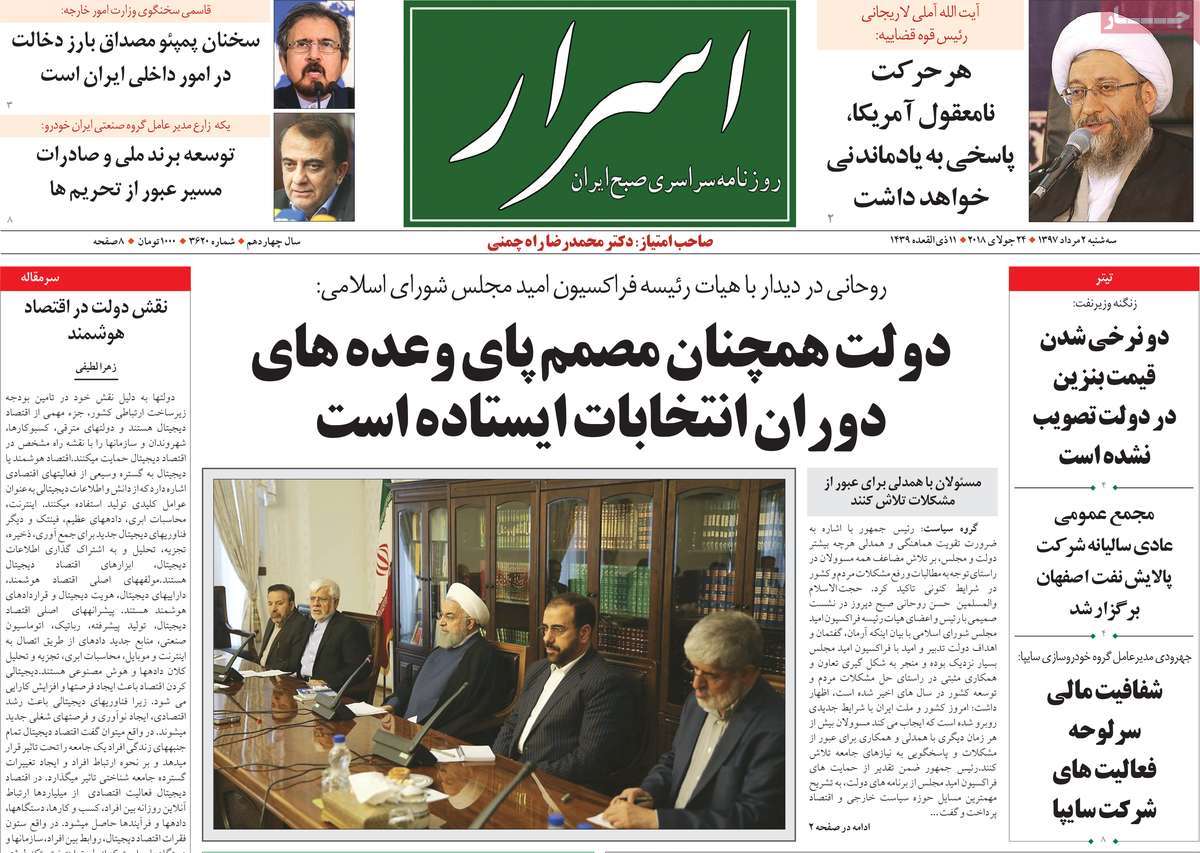 1- Russian Infiltration into US’ Financial System 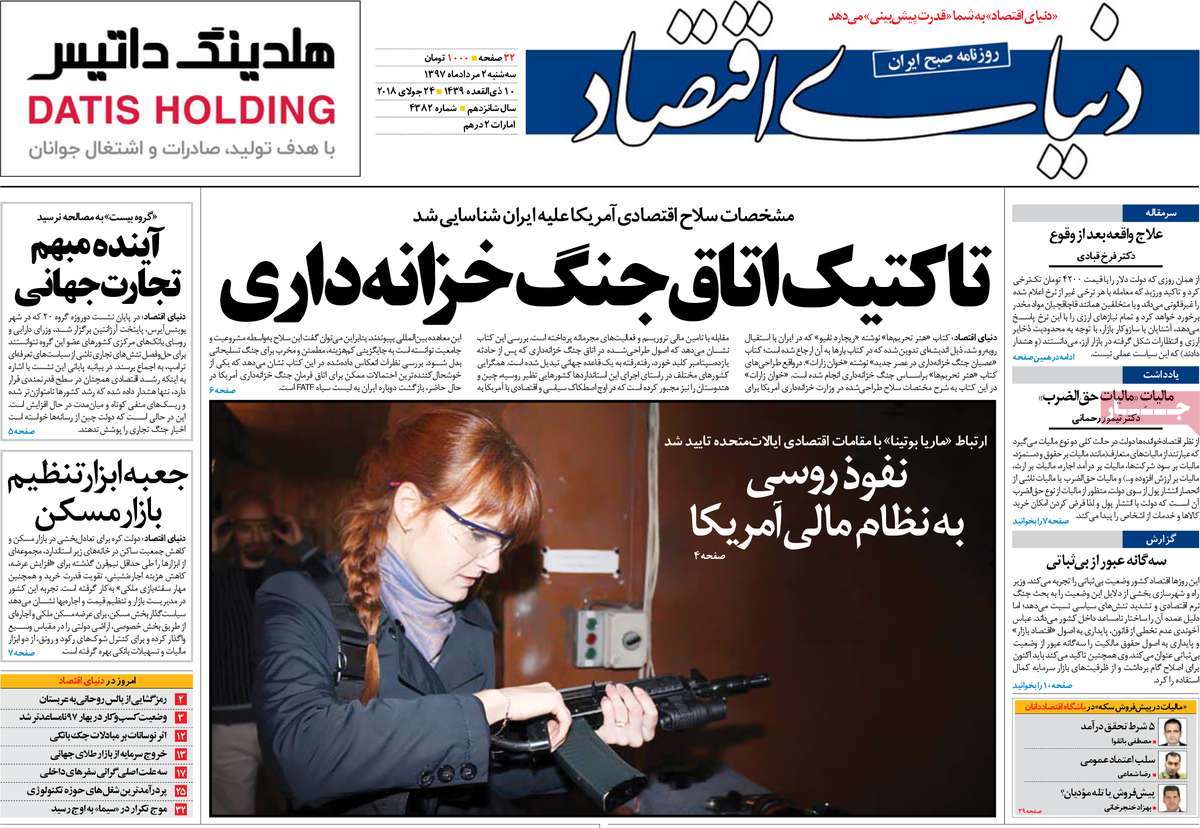 1- Why Conservatives Have Already Started Campaigning for 2021 Presidential Elections 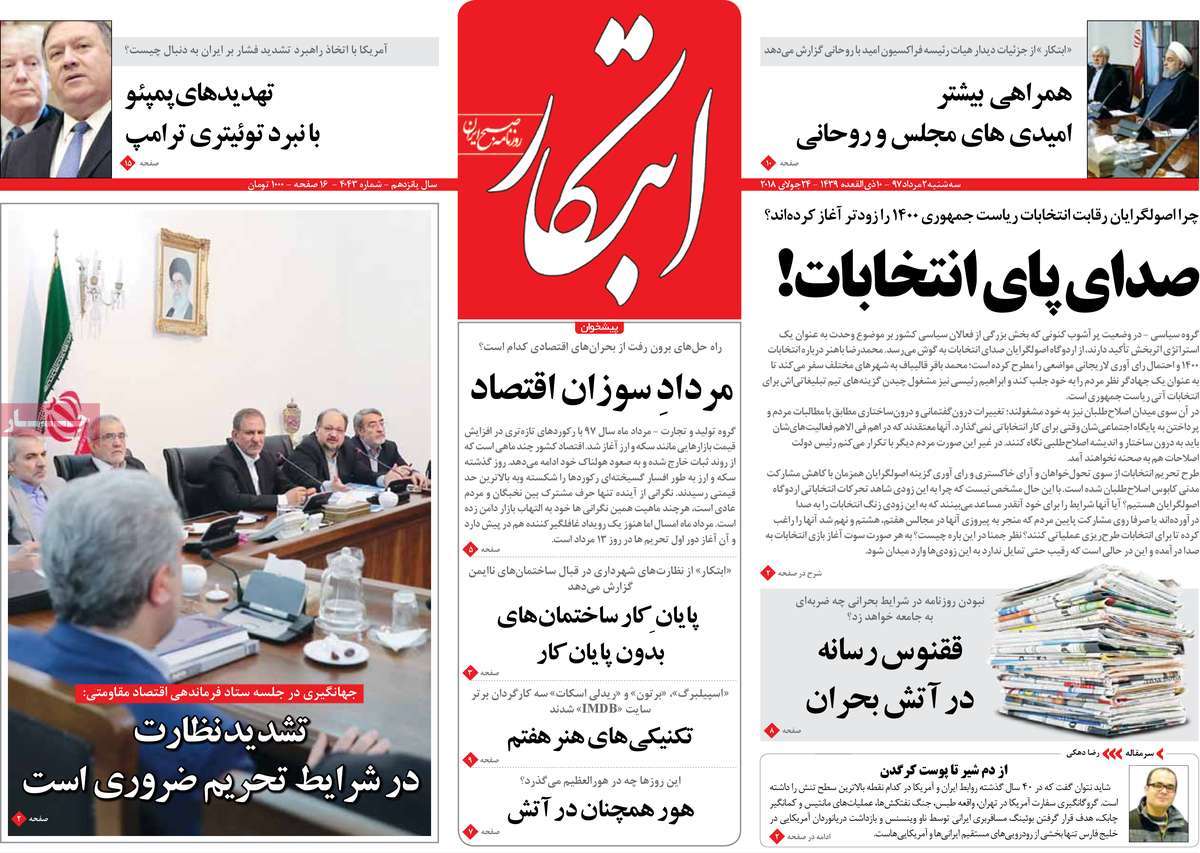 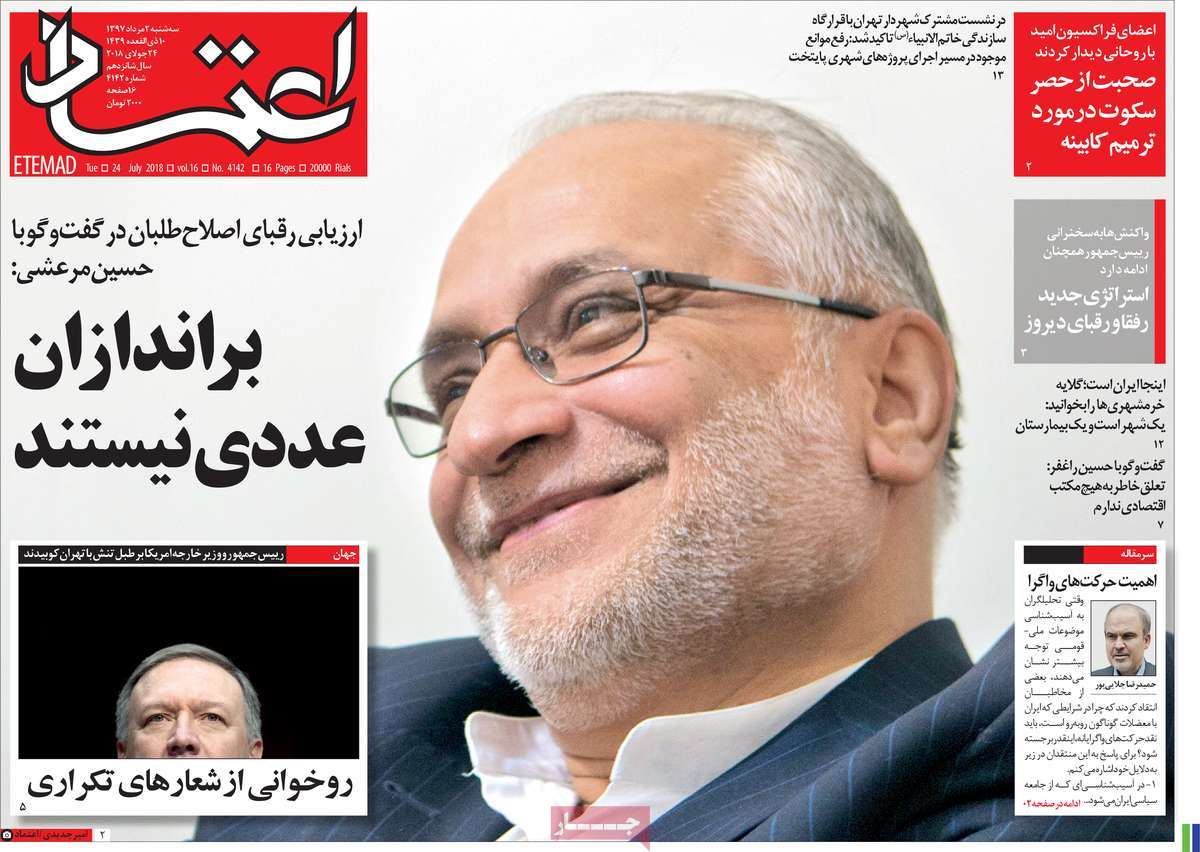 3- Qassemi: Iranian People to Give Response to US through Their Exemplary Unity 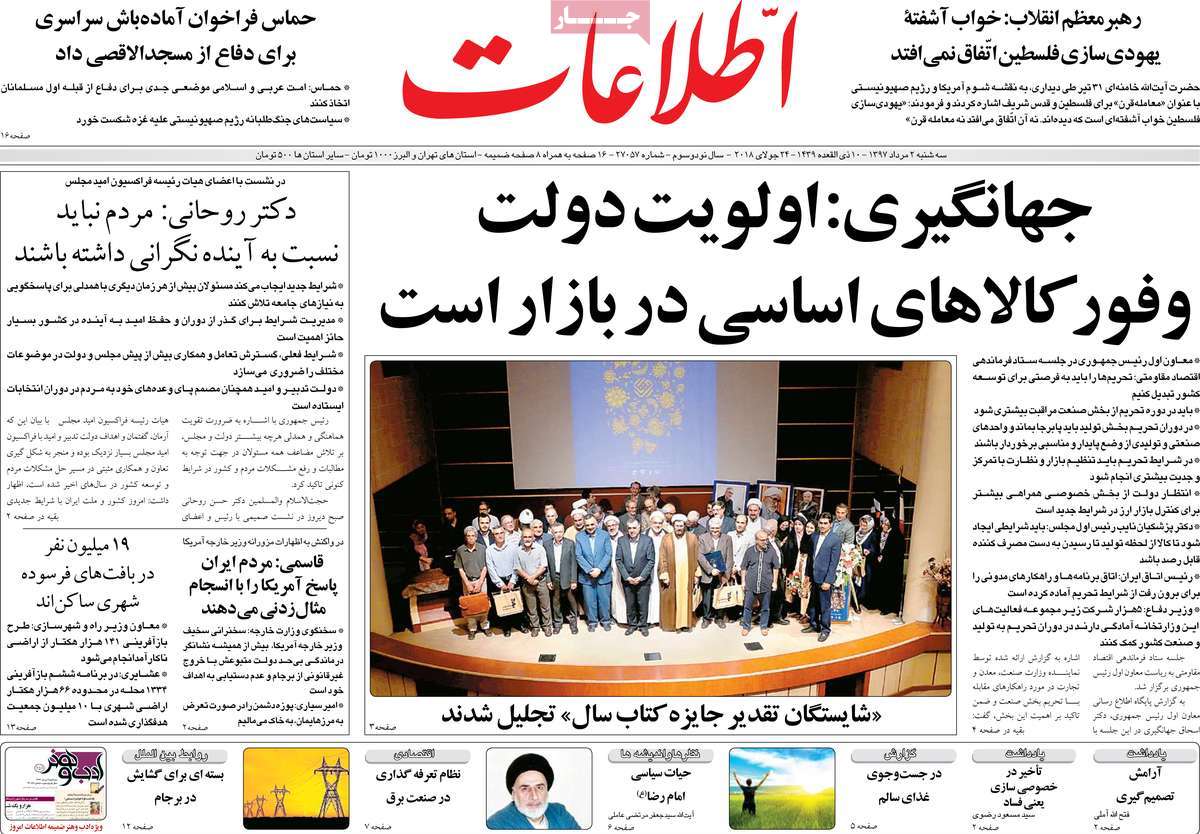 1- Seven Reasons Why There’ll Be No War in Region 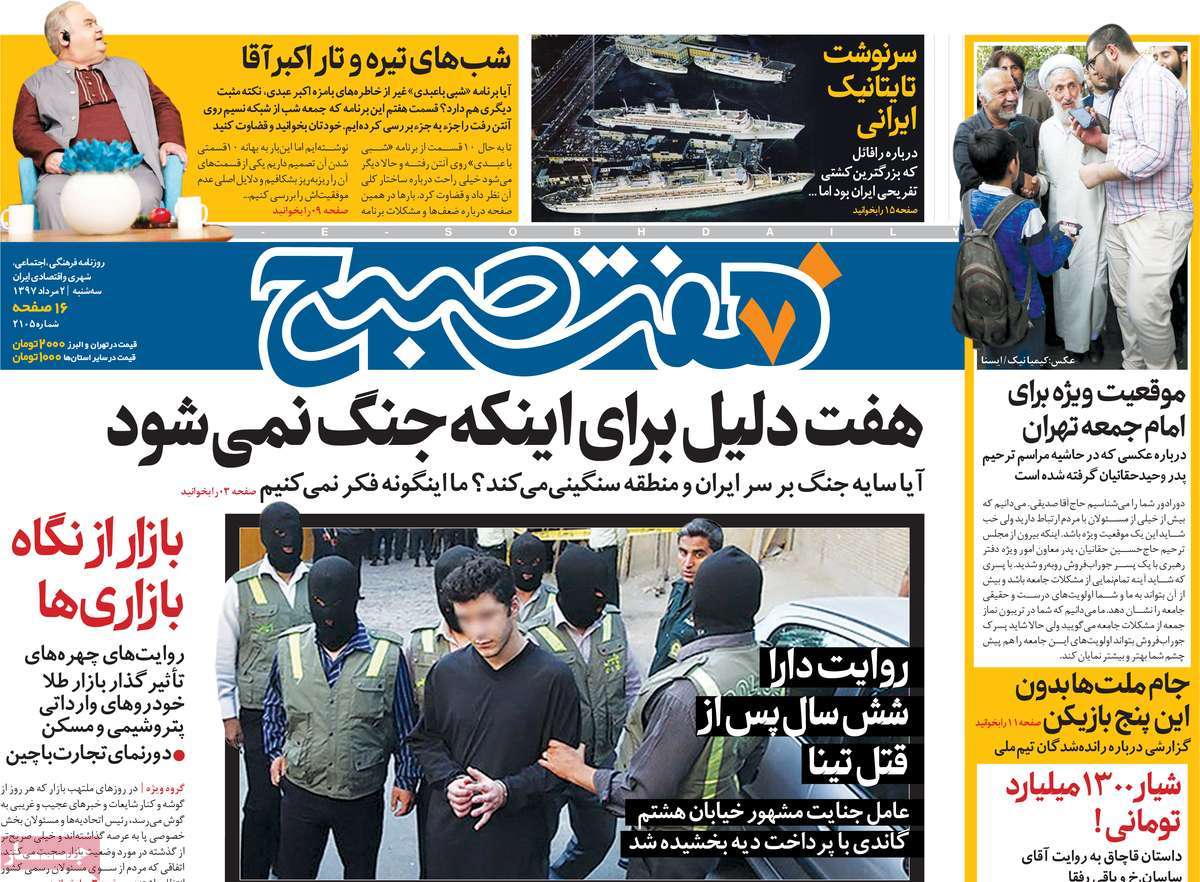 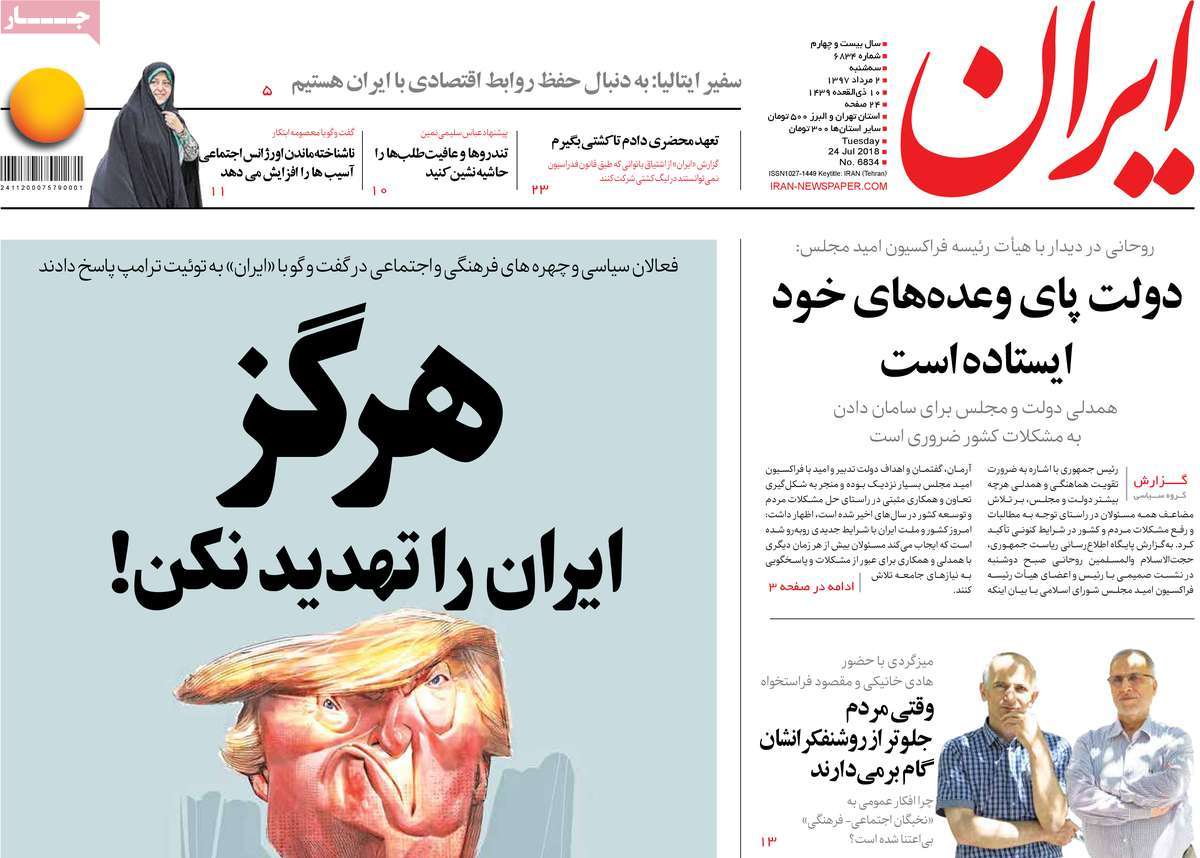 1- Nonsense Remarks in All Caps

2- Don’t Be Fooled by US, No War to Be Waged on Iran: US Democrats 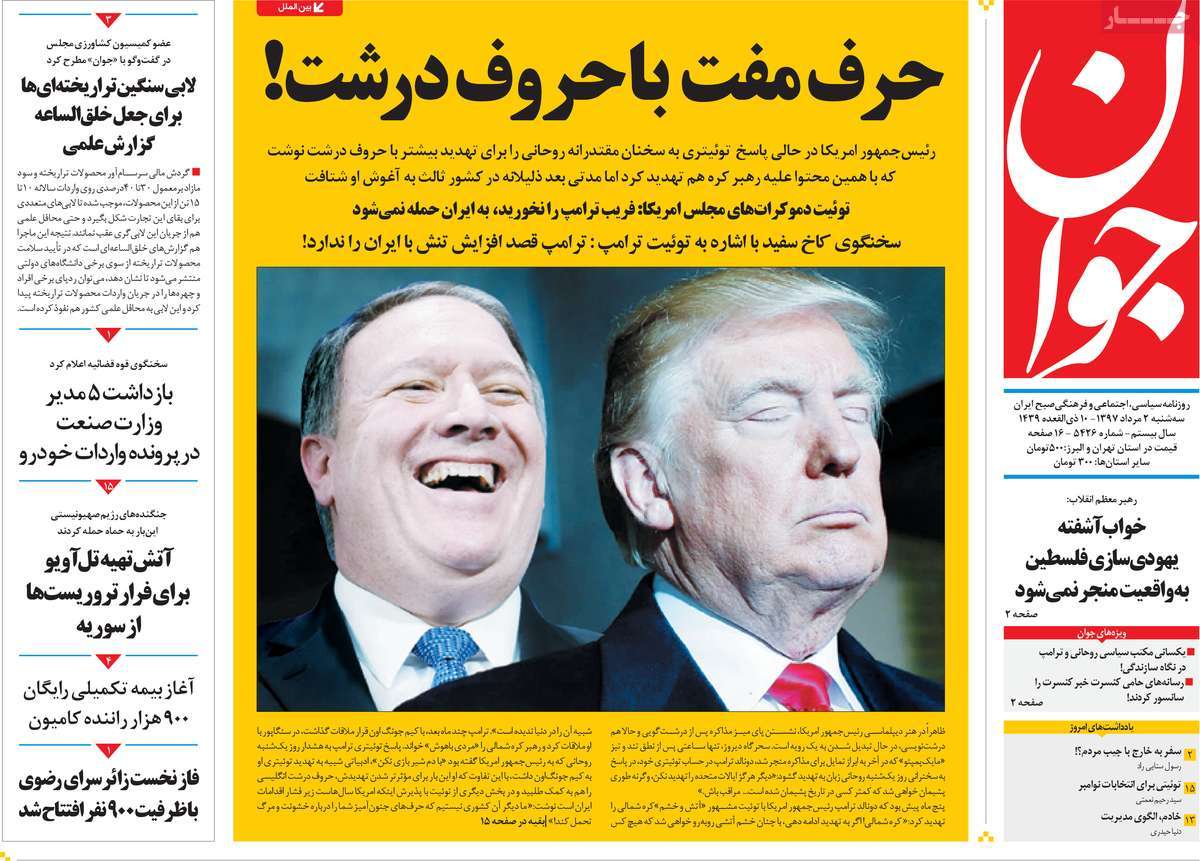 2- White House: Trump Not Willing to Increase Tension with Iran 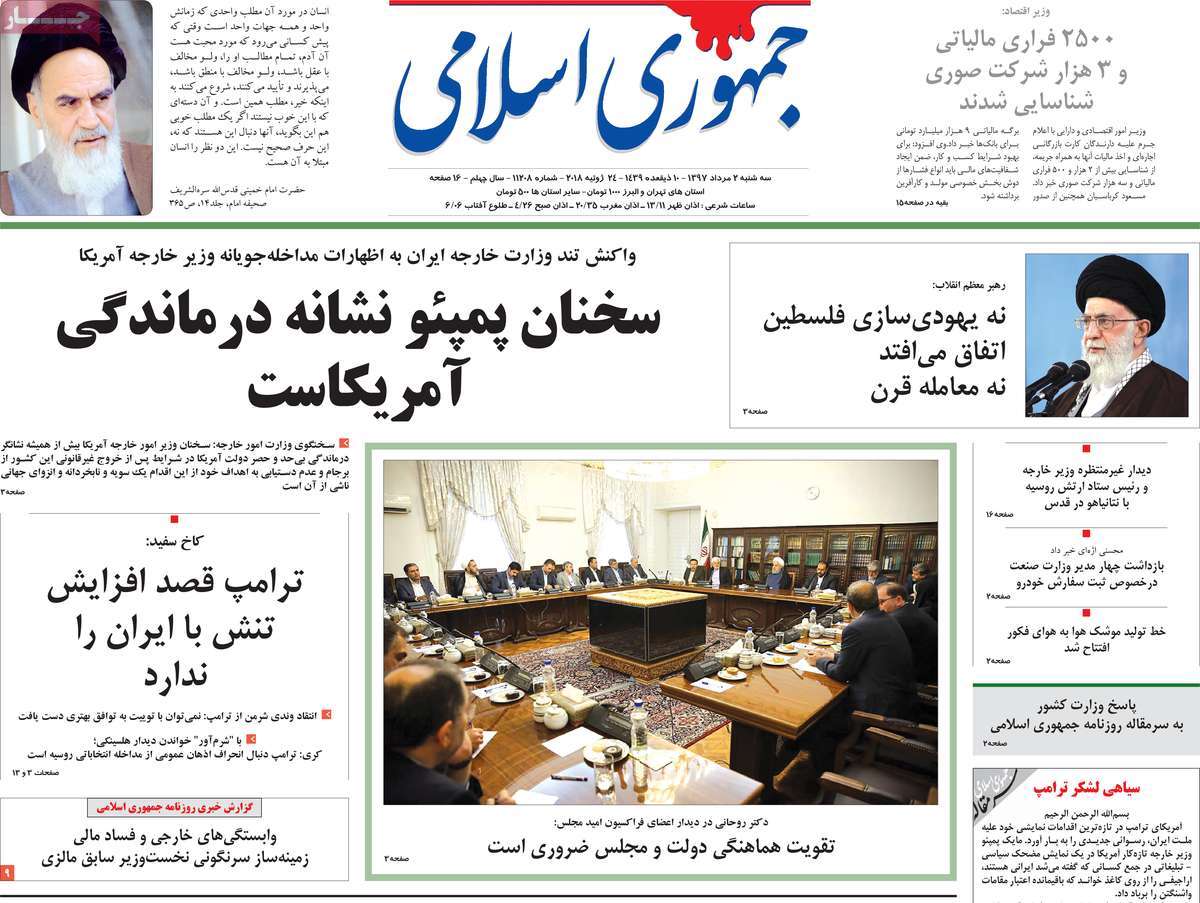 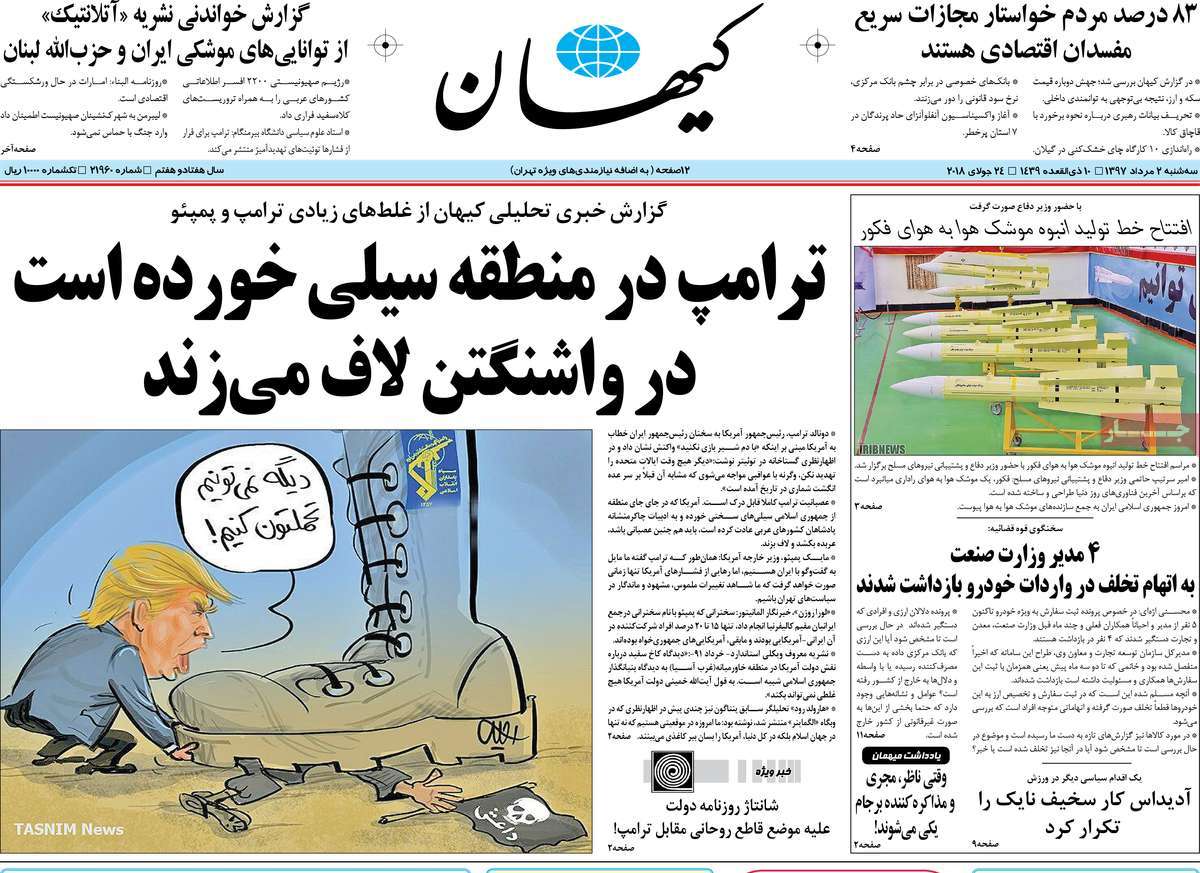 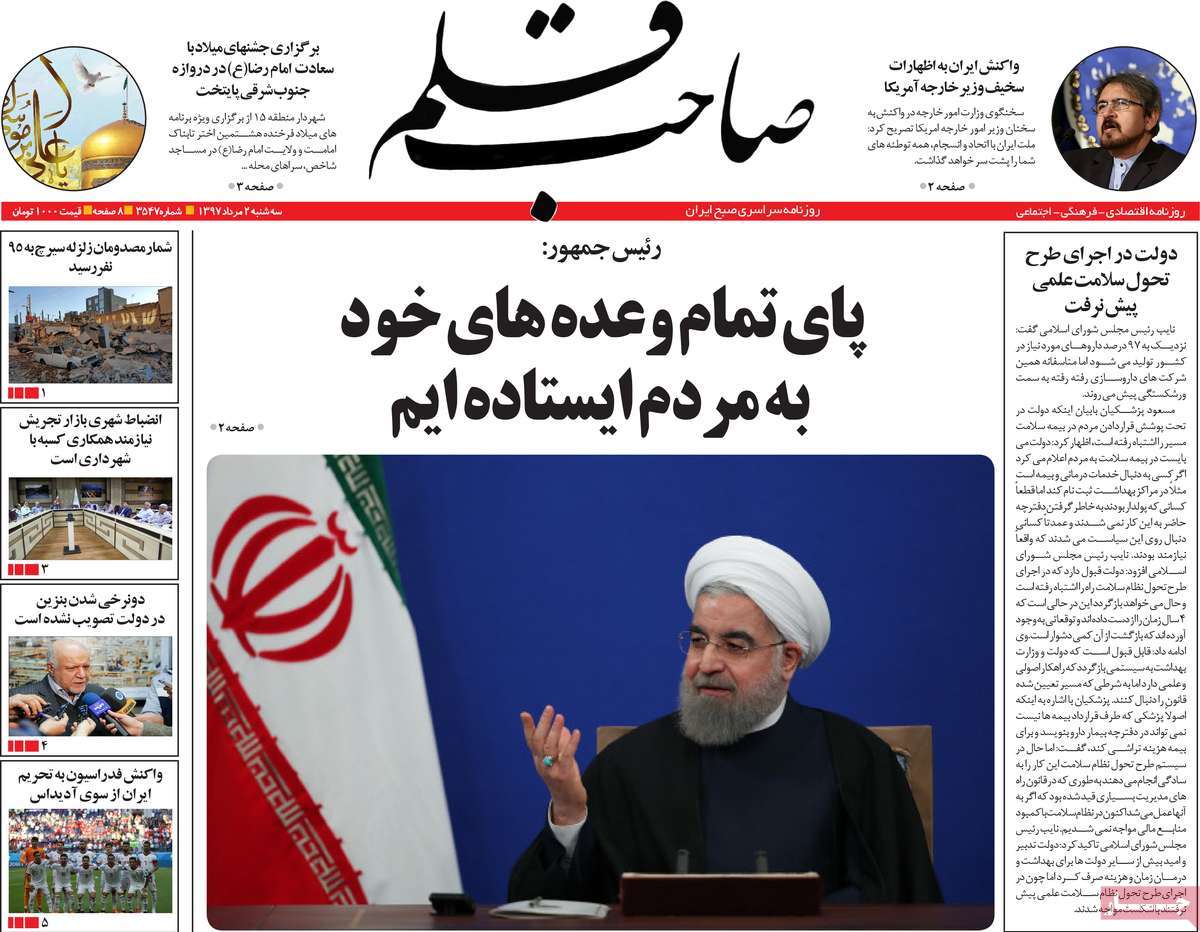 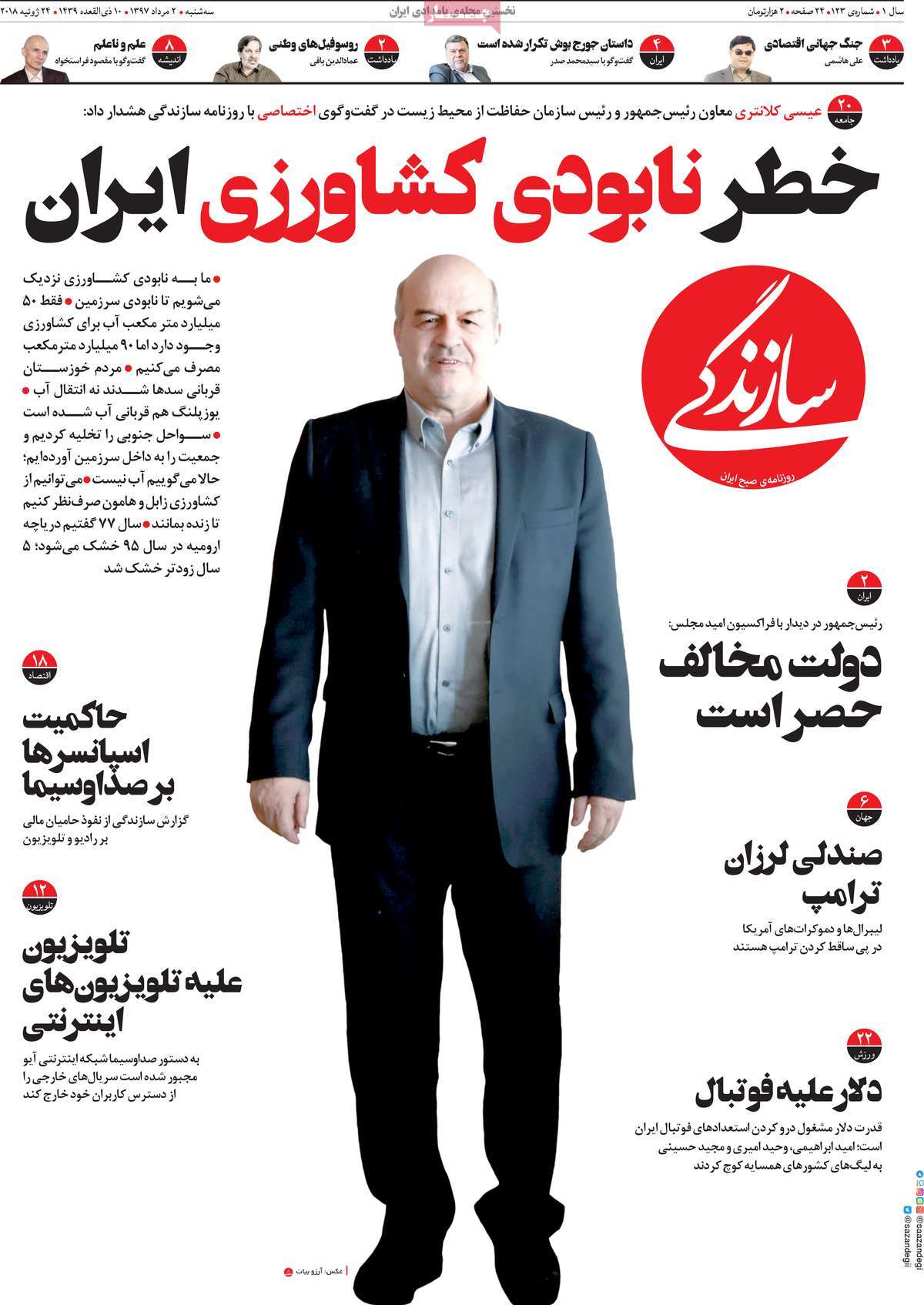 1- For War or Peace: War of Word Escalates between Iran, US 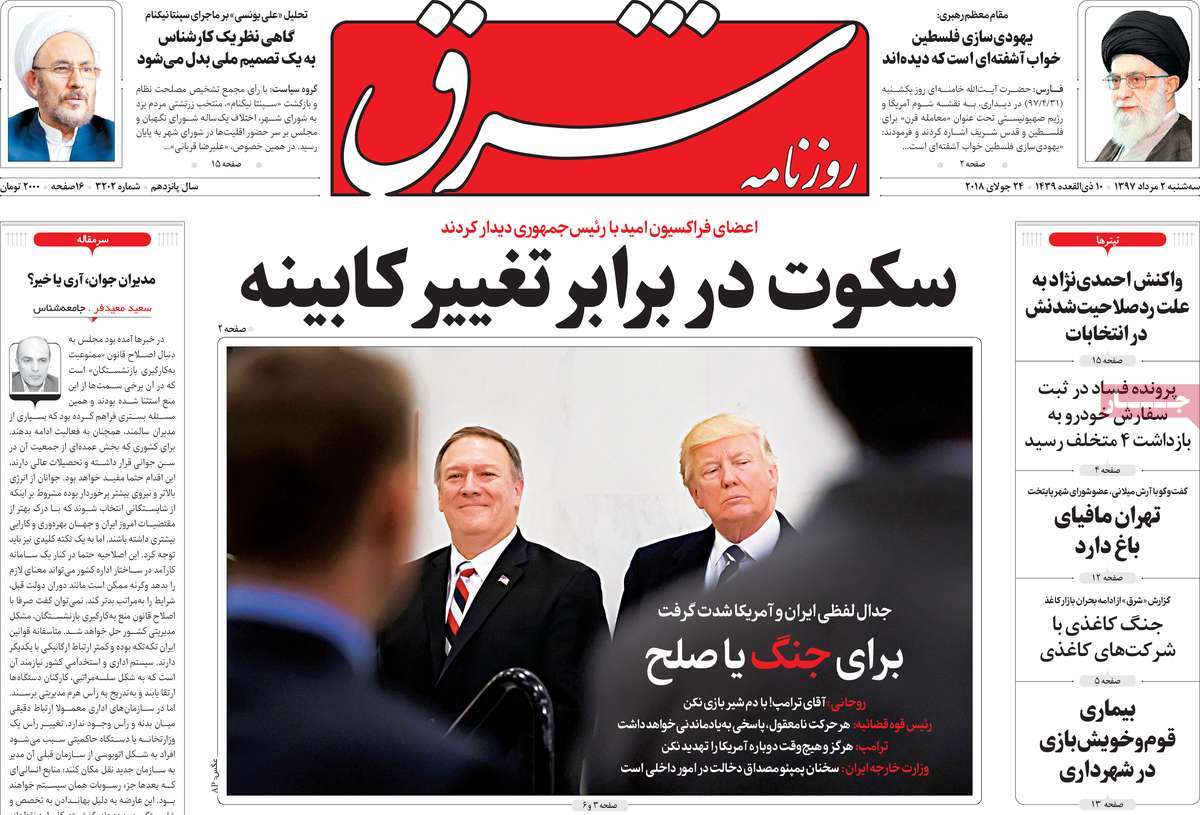 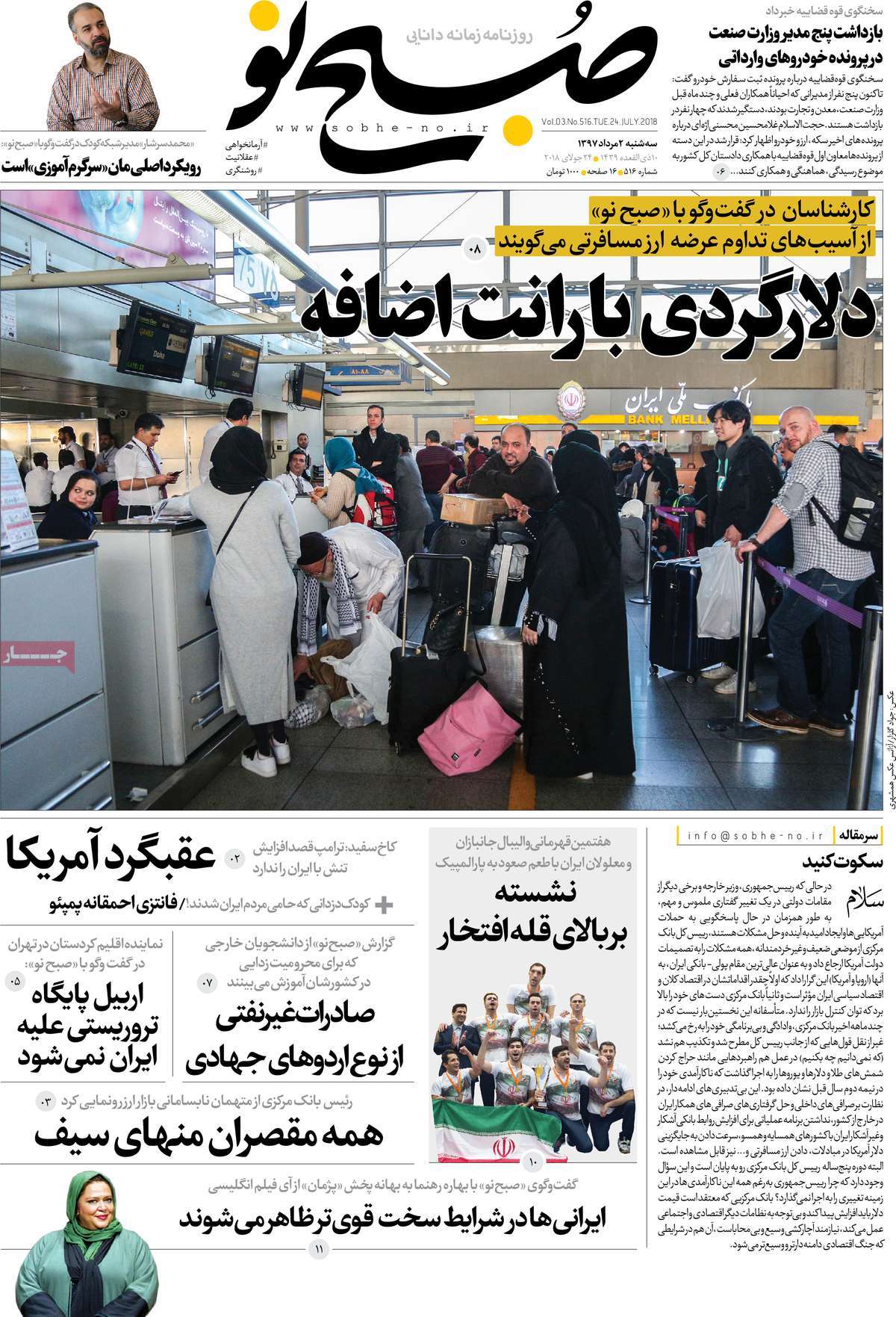