MNA – Iranian social media activists have launched a Twitter and Instagram hashtag calling on American Secretary of State Mike Pompeo to stop interfering in the internal affairs of Iran.

Iranians have taken to the social networking services, venting their anger at the American government trying to frame domestic economic dissatisfaction as a sign for regime change in Iran.

Furious Iranian citizens have created a “#StopMeddlinginIran” hashtag on Twitter on the advent of a new Pompeo address for a small group of anti-Revolutionary opposition residing in and receiving financial support from US. The gathering to be addressed in comprises of people affiliated with the Foundation for Defense of Democracies (FDD).

Pompeo has claimed in a post on his Twitter account that US “supports the proud people of Iran in their struggle for freedom, justice and respect for their human rights.”

The gathering will be held on Sunday under the title of “Supporting Iranian Voices” at the Ronald Reagan Presidential Library and Center for Public Affairs in Simi Valley, California.

This event is being held while many Iranian immigrants residing in the United States are hardly affected by Donald Trump’s policies against Iran, such as the US unilateral withdrawal from the JCPOA, the reinstatement of sanctions and the enforcement of anti-immigration laws that make it difficult for many of them to travel to their homeland. 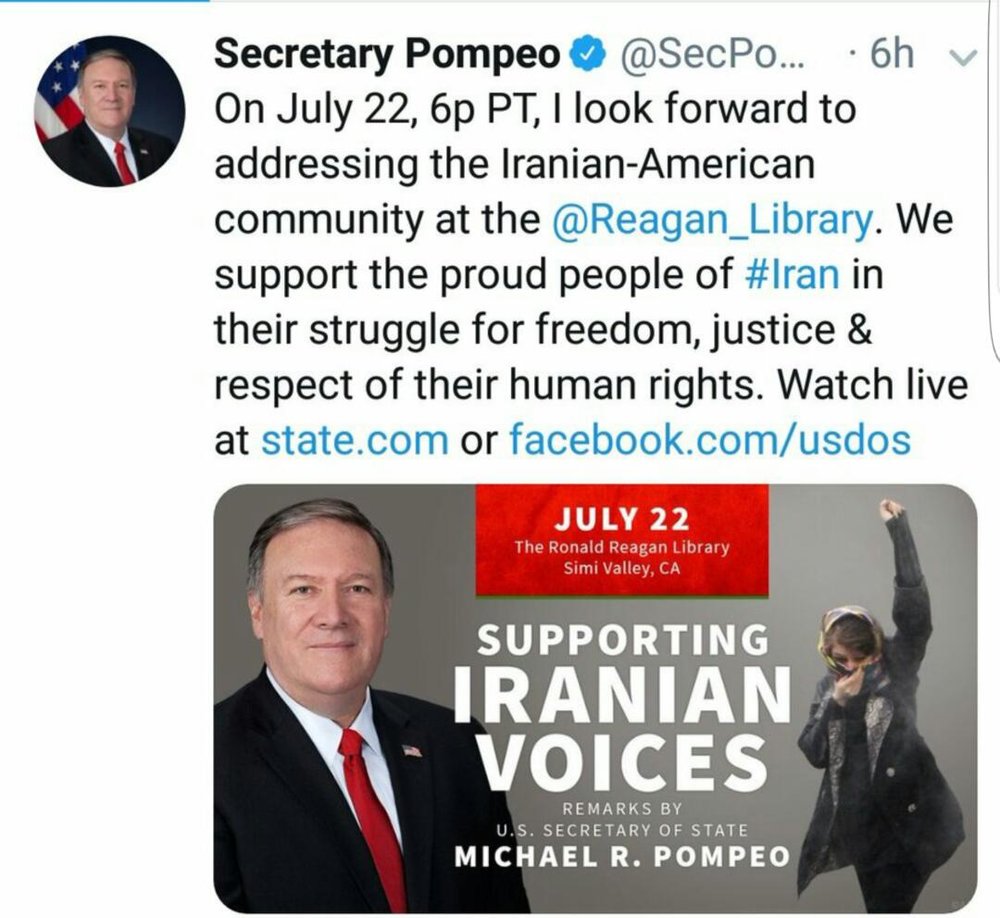 The Iranians who are going to attend Pompeo’s anti-Iranian speech are mostly those linked to the Zionist regime’s FDD Foundation. Iranian netizens consider these people as traitors to their homeland, and have repeatedly referred to the FDD link with Iran’s enemies in their writings.

According to remarks made by an official at US Department of State, Pompeo’s speech will be undoubtedly a continuation of hostile approach taken by the Trump administration against Iran and Pompeo is set to defend the country’s “maximum pressure campaign”.