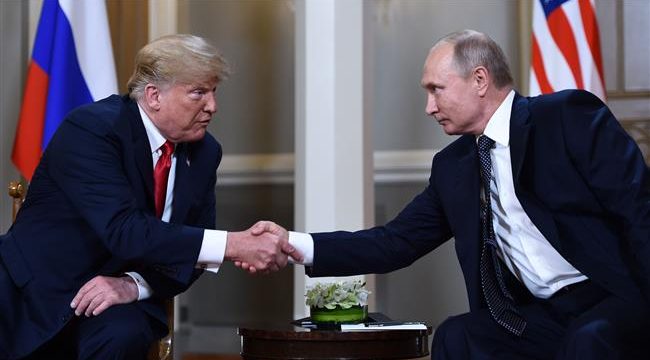 Press TV – US President Donald Trump and his Russian counterpart Vladimir Putin hailed their much anticipated summit in Helsinki, saying they would build up on the meeting to have more dialogue in the future.

Before the meeting, Trump blamed the hostile ties between the US and Russia on his own country’s past “foolishness and stupidity.”

The US president repeated that assertion after he met with Putin, but included Russia in the criticism as well.

“Our relationship has never been worse than it is now, however that changed as of about four hours ago,” Trump claimed.

President Putin also hailed the summit, saying the meeting marked the first steps to restore “an acceptable level of trust and go back to previous level of interaction on all mutual interest issues.”

“Negotiations with Trump took place in an open and constructive atmosphere, I find them rather successful and useful,” the Russian leader said.

The summit capped a trip abroad during which Trump blasted NATO allies at a summit in Brussels for not paying their fair share to the military alliance and called the European Union a “foe” in trade. While visiting Britain, Trump said Prime Minister Theresa May was mishandling Brexit, advising her to sue the EU over the issue.

Trump said he raised the issue with Putin during the meeting but insisted that “there was no collusion at tall” and that he ran a “clean campaign.”

The US president said the Russian investigation led by special counsel Robert Mueller was a “negative impact” on the US-Russia relationship.

Putin denied that his country interfered in the 2016 US election.

“I had to reiterate things I said several times, including during our personal contacts, that the Russian state has never interfered and is not going to interfere into internal American affairs including election process,” Putin said through a translator.

“Any specific material, if such things arise, we are willing to analyze together.”

Putin expresses concern over US withdrawal from Iran deal

President Putin said he expressed his concern over Trump’s decision to withdraw the US from the Iran nuclear deal, also known as the Joint Comprehensive Plan of Action.

“We mentioned our concern about the withdrawal of the US from the deal. Thanks to the Iranian nuclear deal, Iran submitted to the control of IAEA, it effectively ensures peaceful nature of Iranian nuclear program,” the Russian leader said.

Trump said he discussed with his Russian counterpart the need to put pressure on Iran.

Trump announced on May 8 that Washington was walking away from the nuclear agreement and also said that he planned to reinstate US nuclear sanctions on Iran and impose “the highest level” of economic bans on the Islamic Republic.