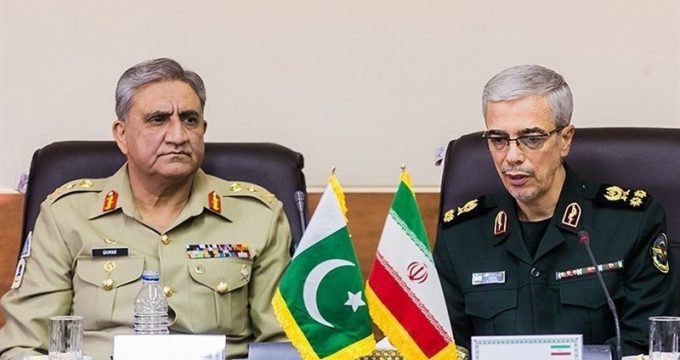 Tasnim – Chief of Staff of the Iranian Armed Forces Major General Mohammad Hossein Baqeri, who is on an official visit to neighboring Pakistan, said Tehran and Islamabad are making efforts to jointly manufacture military equipment.

In remarks released after a meeting with Pakistani President Mamnoon Hussain in Islamabad on Tuesday, Major General Baqeri said during his visit to Pakistan, he has discussed topics such as military education, pilot training, military drills and links between the two countries’ defense industries.

He further said that Iran and Pakistan are trying to jointly manufacture defense products and present them as a joint achievement of Muslim nations.

During the meeting with the Pakistani president, he said, the two sides pointed to the commonalities between Iran and Pakistan as well as the nearly 1000-kilometer border between the two neighbors and stressed that Tehran-Islamabad ties should be further enhanced in different areas.

Baqeri arrived in Pakistan on Monday for an official visit.