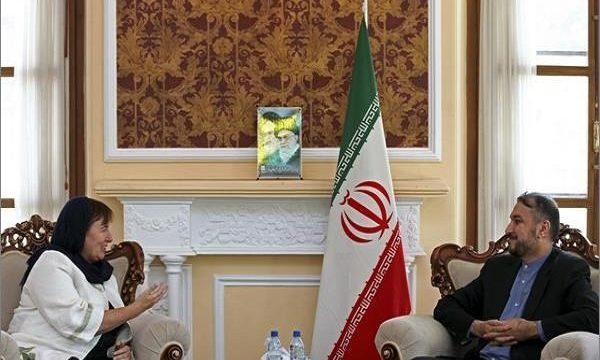 Official calls on Netherlands to rein in MKO activities

While hailing the positive and constructive measures of the Dutch ambassador during her mission in the Islamic Republic of Iran, Amir-Abdollahian said, “the two countries of Iran and the Netherlands enjoy high capacities in various fields.”

Given the age-old history of bilateral relationship, it is hoped that the two countries will witness further development and progress in different fields, he added.

Noting the US failed policy of working with MKO terrorist group with the aim of exerting more pressure on the Islamic Republic of Iran, Amir-Abdollahian urged the Dutch government to stop the group’s activities in the Netherlands.

For her part, the Dutch ambassador to Tehran Susanna Terstal expounded on measures taken during her mission in Tehran and said, “I am very pleased that we have been able to strengthen diplomatic relations between the two countries.

The Netherlands is after strengthening all-out relations with Iran, so that any difference in viewpoints should be resolved through negotiations, she maintained.

While emphasizing the promotion of trade and business ties between Iran and the Netherlands, she voiced hope that the two countries would witness further promotion of bilateral relations in future.

“The Dutch government made efforts to convince US to live up to its commitments under the JCPOA,” she concluded.