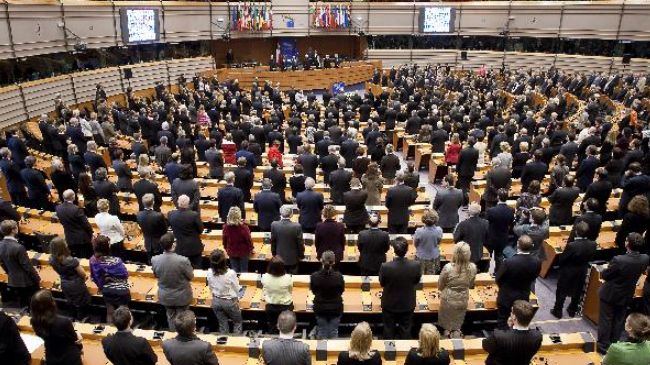 The politics behind the sabotage of Iran Deal in Europe

Iranian Diplomacy | Eldar Mamedov: As the EU scrambles to offer a viable package of economic incentives to convince Iran to stay in the JCPOA after the US withdrawal, some forces are trying to undermine this effort and fully align the bloc’s policies with Trump strategy of isolating Iran.

A case in point was an attempt in the European Parliament to block one of the key measures that EU governments proposed to preserve the JCPOA: to give a mandate to the European Investment Bank (EIB) to support financing investment projects in Iran. As of June 4, when the proposal was made, the Parliament had two months to object by issuing a resolution blocking the measure, lobelog.com reported.

The first such attempt was undertaken on June 28 in the Budget committee (BUDG). A resolution was drafted by Gerard Deprez, a Belgian politician and the spokesman in BUDG for the Alliance of Liberals and Democrats of Europe (ALDE). It included some genuine concerns expressed by the senior management of the EIB about the bank’s exposure to US sanctions if it engaged in Iran.

Why would a mainstream, pro-European political group like ALDE, led by former Belgian prime minister and passionate Euro-federalist Guy Verhofstadt move to undermine the JCPOA, a singular diplomatic achievement of the EU? The reason is that Deprez is the chair of an informal “Friends of Free Iran” caucus in the EP. The sole purpose of this group is to act as a mouthpiece for the violent, exiled Iranian cult Mojahedeen-e Khalk (MEK), on the EU terrorist list until 2012 and bitterly opposed to any thaw between the EU and Islamic Republic.

Not to be deterred by their defeat in BUDG, the promoters of the blocking motion pushed for a full floor vote. A different vehicle was found this time: the far-right Europe of Freedom and Direct Democracy (EFDD) group that includes euroskeptics from UKIP (United Kingdom Independence Party) and other populists. The group copy-pasted the same resolution defeated in the committee. It was duly rejected in the EP plenary as well, by a whopping 573 votes to 93, with 11 abstentions.

The main political blocs in the house—the center-right conservatives and center-left social democrats, joined by smaller groups like the Greens and the Left—backed the EIB mandate to work in Iran. But an overwhelming majority of ALDE MPs voted against as well, thus confirming that Deprez acted on behalf of MEK rather than his political faction. In the end, only the far right and assorted MEK supporters, including Deprez himself, voted to support the blocking motion.

In truth, there was never a realistic chance that the motion would pass. The clout of MEK has been on the wane in recent years. It has lost some influential backers. More MPs are willing to speak up against MEK abuses, as evidenced by hearings recently held in the EP. Overall, the group has been reduced to obstructing and delaying the normalization of ties between the EU and Iran, rather than shaping outcomes. When it truly mattered, the vote on the EIB exposed its real weight.

On the other measure to preserve the JCPOA—the reactivation of the Blocking Statutes to protect EU companies from US secondary sanctions—MEK and other anti-Iranian lobbies, like the right-wing pro-Israeli groups and their Saudi and Emirati allies, did not manage even to table an objection, let alone win it. This means that the Parliament has decisively backed both measures to enter into force as of August 5, the day before the re-imposed US sanctions kick in.

The fight, however, is not over. In theory, the national governments could still block the measure before it enters into force. The US is already reaching out to weaker members of the EU, such as the Baltic states, Poland, and Hungary, to force them to take Washington’s, rather than Brussels’s side when it comes to Iran. As the vote in the EP revealed, these efforts are matched by those on the far right in Western Europe who synchronize their agenda with Trump’s.

Given this context, the vote in the European Parliament gave a significant political boost to EU foreign policy chief Federica Mogherini as she gears up to present, together with the EU trio of France, Germany, and UK, a package of economic incentives to Iran. Ultimately, for the EU the fight to preserve the JCPOA has become about something bigger than just a non-proliferation agreement with Iran. It’s a battle to save the rules-based, multilateral world order from an assault by those who seek to dismantle it.

*Eldar Mamedov has degrees from the University of Latvia and the Diplomatic School in Madrid, Spain. He has worked in the Ministry of Foreign Affairs of Latvia and as a diplomat in Latvian embassies in Washington D.C. and Madrid. Since 2007, Mamedov has served as a political adviser for the social-democrats in the Foreign Affairs Committee of the European Parliament (EP) and is in charge of the EP delegations for inter-parliamentary relations with Iran, Iraq, the Arabian Peninsula, and Mashreq.

Iran nuclear deal, Iran_EU ties, US withdrawal from JCPOA July 15, 2018
No rise in bread prices, but at what cost?
Liquidity crosses $350 billion by March 2018