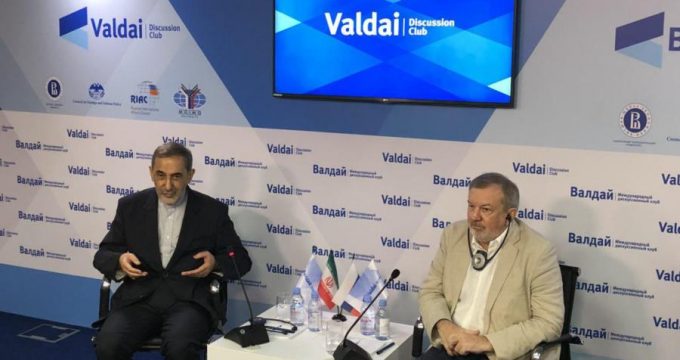 IRNA – Advisor to the supreme leader for international affairs and special envoy of the President Rouhani to Russia Ali Akbar Velayati announced on Friday that Iran has consultant presence in Syria and Iraq upon requests of legal and independent governments of them.

He made the remarks in a gathering in Valdai Club in Moscow.

He added that if these two countries declare they do not need Iran’s presence, it will depart from there and had it not been for assistances of Iran and Russia, now head of terrorist group of An-Nusra Front in Syria as well as Abu bakr al-Baghdadi in Iraq would have been ruling there.

Velayati said the Zionist regime is delivering money and weapons to terrorists and treats their wounded and Donald Trump during the US presidential election told Hillary Clinton of her support for terrorists.