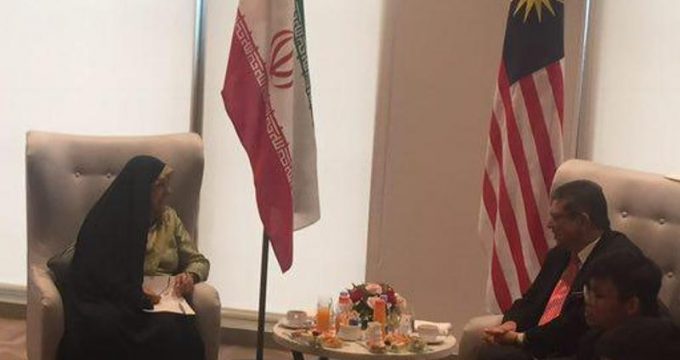 In the meeting, held in Putrajaya, the Iran nuclear deal was highlighted as an international agreement and its implementation was emphasized.

Putrajaya is the federal administrative center of Malaysia.

The two sides also reviewed bilateral relations and ways of boosting them, as well as international and regional developments.

The Iranian official, as the special envoy of Iran’s President Hassan Rouhani, elaborated on Iran’s views on the nuclear deal and expectations from the international community, including the country’s economic and trade partners.

Meetings with senior Malaysian officials are on the agenda of her day-long visit to the southeastern country.

Ebtekar is the first Iranian official who visits Malaysia since the election in the country that led to the victory of Mahathir Mohammad.

Iran and Malaysia have been enjoying bilateral political-economic ties since 1966.