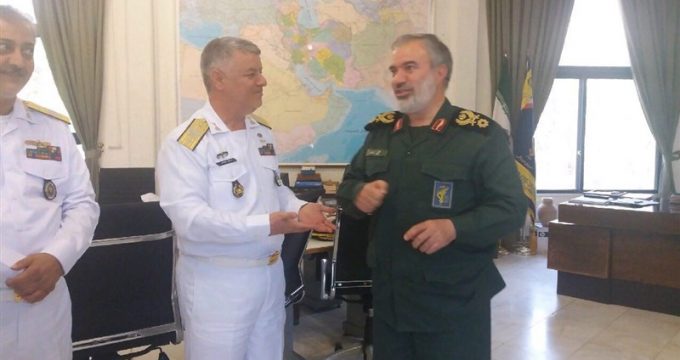 In a bid to enhance cooperation and interaction between Iranian maritime forces, Iran’s Navy Commander, Rear Admiral Hossein Khanzadi and the commander of the IRGC Navy, Rear Admiral Ali Fadavi, held a bilateral meeting on Monday.

Developing mutual interactions in the complicated security surroundings of Iran’s water neighborhood was the main theme of the discussions and consultations in this meeting.