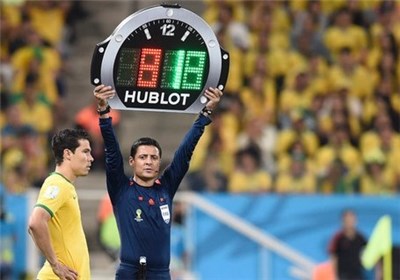 Given the fact that there are only four games to play, the number of referees has been reduced again.

Faghani has officiated three matches, namely Germany and Mexico, Serbia and Brazil as well as Argentina and France so far and was fourth official of Uruguay and France match.

The Iranian referee has chance of officiating in the final or third-place match.

Appointed for the final phase are:

The FIFA Referees Committee would like to thank all the match officials that have been involved in the 2018 FIFA World Cup so far for their commitment and professionalism, FIFA.com wrote.