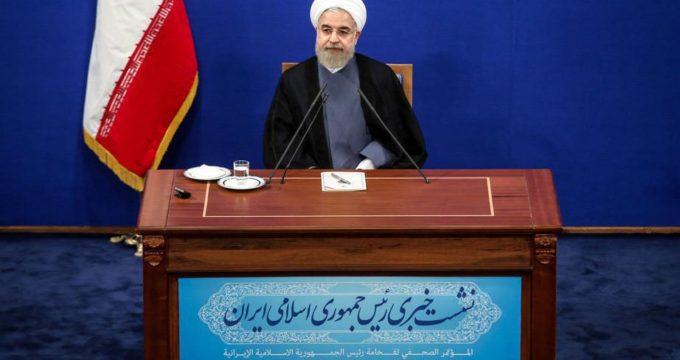 Rouhani and reformists, a faltering alliance?

Iranian Diplomacy- The key question looming around during the first term of Hassan Rouhani’s presidency, “how long will Reformists and Moderates sustain their alliance?”, has now turned into a more serious subject of pondering: “Is the alliance between Reformists and Rouhani over?” The change in question betrays a downgrade in relations between the president and his key supporters. Reformists are no more stalwart supporters of Rouhani, not even Mohammad Khatami, the Reformist president (1997-2005) who many believed was a staunch backer of the Rouhani administration.

Having suffered electoral defeat in presidential elections of 2005 [which made Mahmoud Ahmadinejad head of the executive branch of the government], the Reformist camp decided to give up with the idea of a designated Reformist candidate in 2013. Mohammad-Reza Aref stepped aside in favor of Hassan Rouhani four days before the Election Day, paving the way for the latter’s victory. Vice President Eshaq Jahangiri was dispatched by the Reformists as a ‘cover candidate’ by the Reformists in the 2017 presidential election to serve as a buffer against criticisms targeting Rouhani. As the Election Day approached, Rouhani’s remarks became more radical, so much so that some analysts said he had outpaced Reformists.

But the relation between the Reformists and Rouhani seems to have gone downhill since then. Despite high hopes by the Reformists, no women or ethnic minorities were selected in Rouhani’s cabinet. A look at Rouhani’s discourse after the 2017 presidential campaign shows a noticeable turn towards moderate Principlists and a distance from the Reformist camp. Observers said that Mahmoud Vaezi, Rouhani’s new chief of staff, had made forays into Eshaq Jahangiri’s jurisdiction and marginalized the vice president. Others speculated that Rouhani’s turn towards the Principlists is to groom Majles Speaker Ali Larijani for the 2021 presidential election.

The link between Rouhani and the Reformists is growing weaker day by day. Even Mohammad Khatami is said to have complained about Rouhani capitalizing on Reformists’ social credibility for his own political interests.

Ali Tajernia, Reformist politician and former MP, speaks of different attitudes and varying degrees of criticism towards Rouhani administration inside the Reformist front. However, he stresses that the Reformists have adopted a stance of ‘supportive criticism’ against Hassan Rouhani.

Tajernia also emphasizes that despite criticisms towards Rouhani’s government, Mohammad Khatami still supports the president and his team. “Severe criticism against the government may tilt [the situation in favor of the opposition]” says Tajernia. “So I think even serious critics of Rouhani among the Reformists are practicing self-censorship,” he adds. “Reformists would have been more outspoken in their criticisms if there was less pressure on the government.”

Mohammad-Ali Abtahi, Khatami’s chief-of-staff from 1997 to 2001, reminds us that Rouhani has never declared himself a Reformist. “Nothing has changed” he says. “Rouhani was the better choice for the Reformists [in presidential elections] due to the circumstances. We neither regret our choice, nor had any other option” he asserts. But the Reformist politician is clear that Reformists have the right to criticize Rouhani because of their contribution to his victory.

Some of the criticisms to the performance of the circle around Rouhani Abtahi says. “They want to replace Principlism and Reformism, two solid political groups, with Moderation. But one can’t establish a ‘Moderation’ movement just by rallying around the president” he says.

Disregard towards Reformists’ recommendations on Rouhani’s second cabinet, particularly choices in charge of economy and domestic politics, Rouhani’s non-materialization of his electoral promises, and formation of a cabinet of irreconcilable attitudes, have raised criticisms against Rouhani.

“With the role Reformists and Khatami have played in Rouhani’s victory, it is natural that they be more serious in their criticism, so to help the government succeed [in fulfilling its promises]” he says. “Supportive criticism is now more necessary than ever.”

* This piece was originally published Fararu, a moderate Reformist website. The translation is an abridged version of the original.