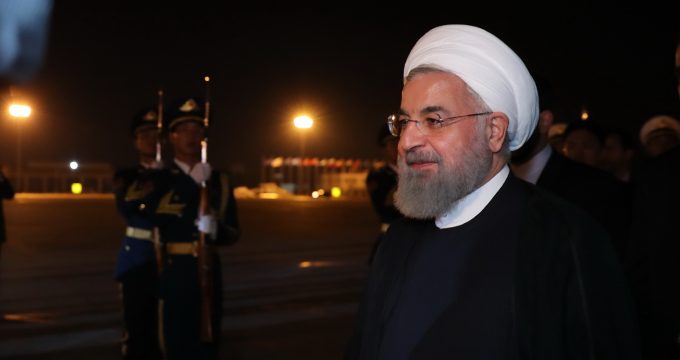 Rouhani or Jahangiri may attend Asian Games inauguration in Indonesia

MNA – President Rouhani or First VP Jahangiri may take part in the inauguration of the 2018 Asian Games scheduled for 18 August to 2 September in Indonesia, according to the Iranian minister of sports affairs.

Iranian Minister of Sport and Youth, Masoud Soltanifard, said the attendance of President Hassan Rouhani or his First Vice-President Es’hagh Jahangiri would be a highly positive event, noting plans to provide the necessary conditions for such attendance at the opening of the 2018 Asian Games.

The Asian multi-sport event will be held in the Indonesian cities of Jakarta and Palembang from 18 August to 2 September. Iran will be participating at the event with 380 athletes.

Soltanifard then noted Russian President’s invitation to Rouhani for taking part in the opening of the 2018 World Cup, adding “for sure, our senior officials will receive official invitations for the 2018 Asian Games, and we are planning to make it happen as long as it is not at conflict with the government’s schedule.”

“The attendance of President Rouhani or Mr. Jahangiri will no doubt boost morale among the Iranian athletes participating in the tournament,” he added.