A Look at Iranian Newspaper Front Pages on July 2

Iran Front Page- IFP has taken a look at the front pages of Iranian newspapers on Monday, July 2, 2018, and picked headlines from 19 of them. IFP has simply translated the headlines and does not vouch for their accuracy.

Also a top story was President Hassan Rouhani’s upcoming trips to Austria and Switzerland, where he is going to discuss Europe’s package to save the Iran nuclear deal.

A gathering of the anti-Iran terrorist group MKO in Paris, which was attended by Trump’s lawyer Rudy Giuliani and a number of other American officials, also received great coverage.

1- Netanyahu: Change of US’ Stance towards Iran Strategic Turn for Israel 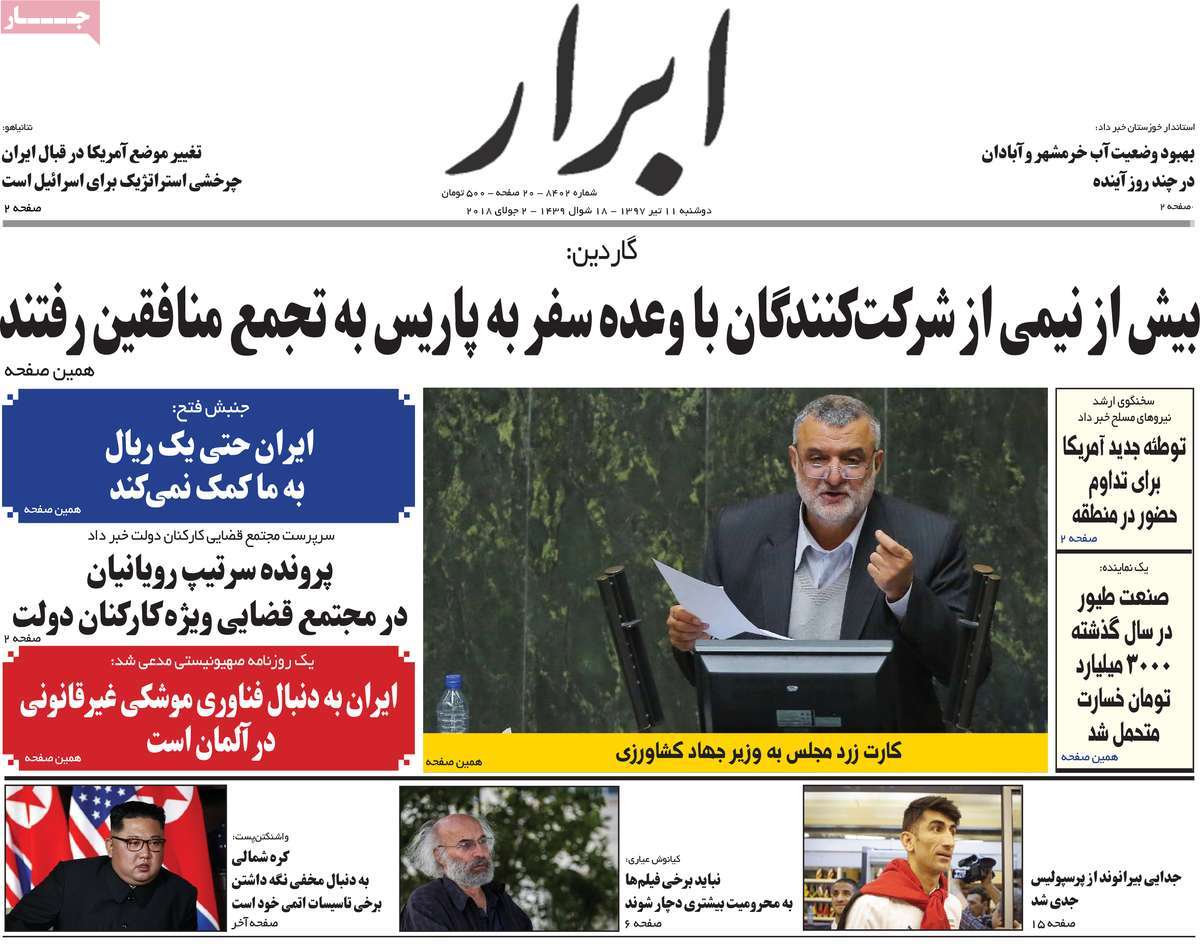 1- Support in Return for Gaining Concession 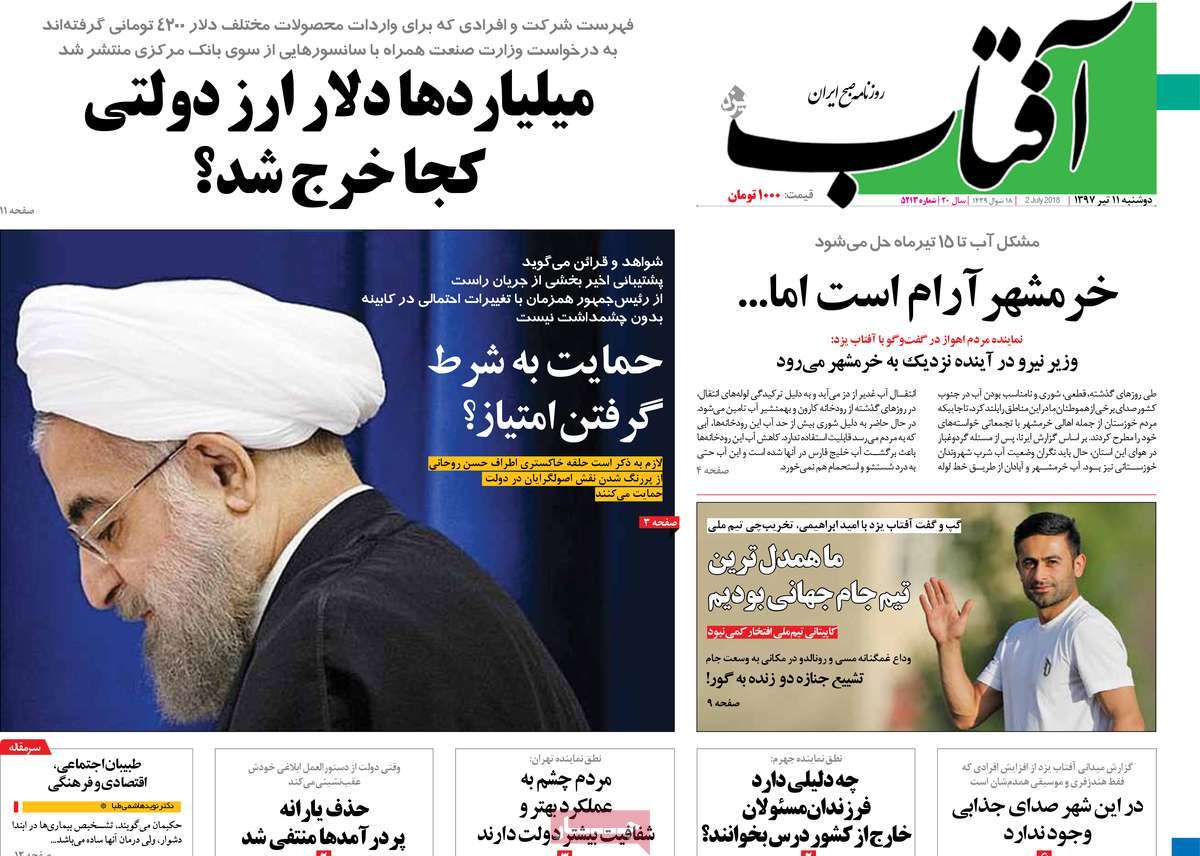 1- Hashemitaba: We Must Change Our Policies, Not Our Cabinet 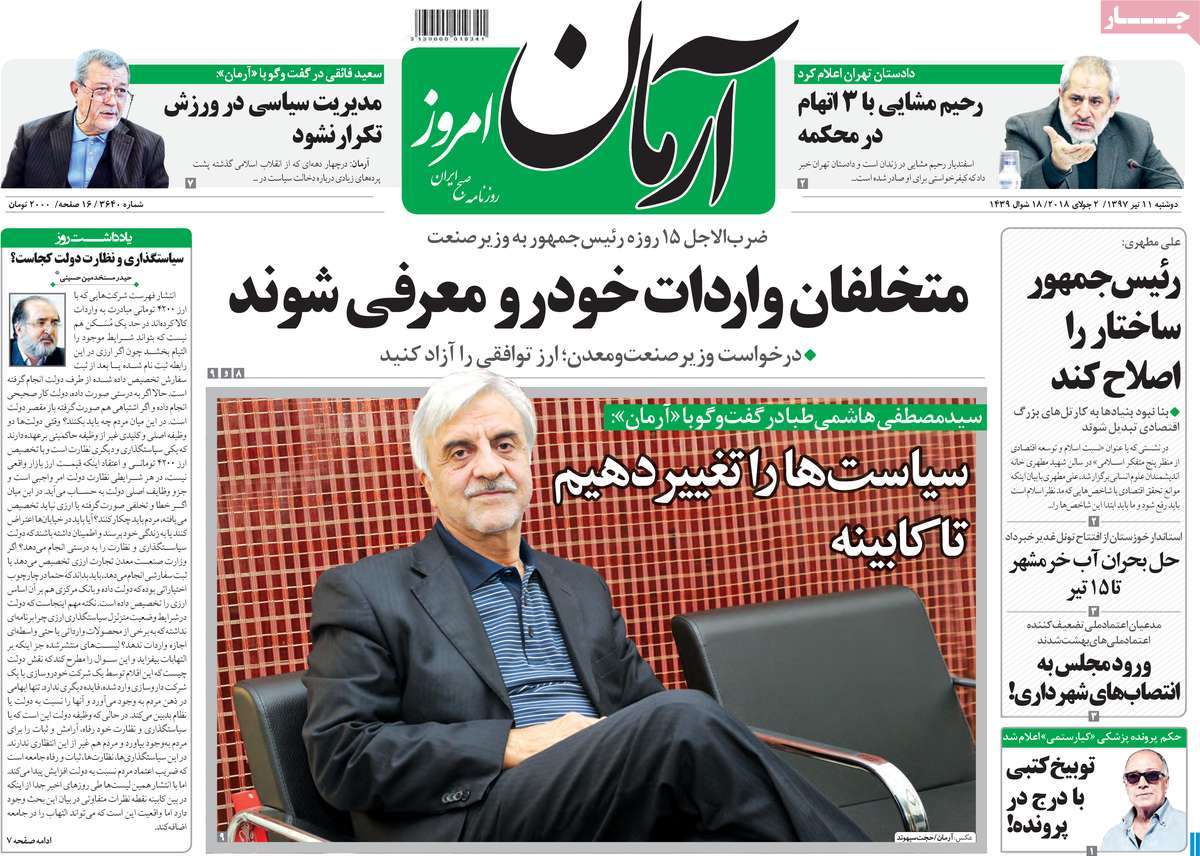 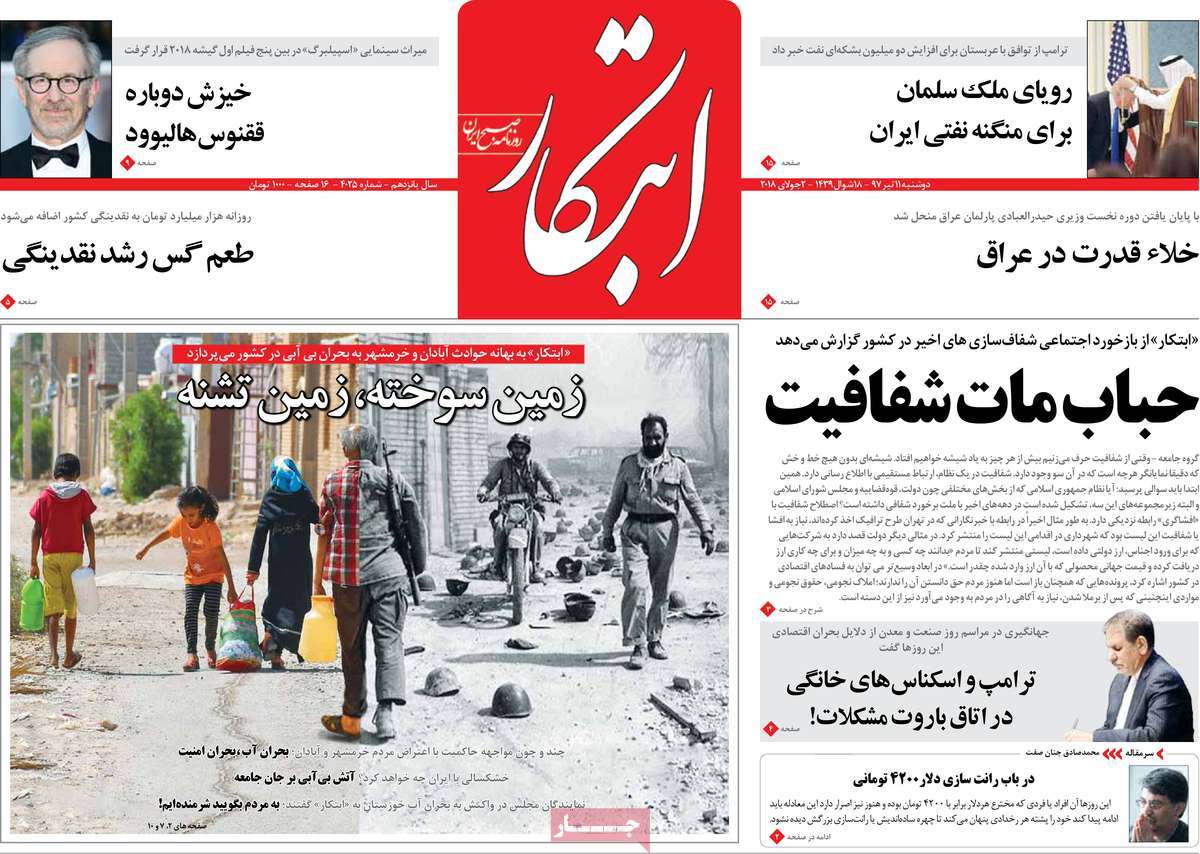 1- Khorramshahr Is Our Heart, Our Soul: Why Khuzestan Is Experiencing Such Crisis? 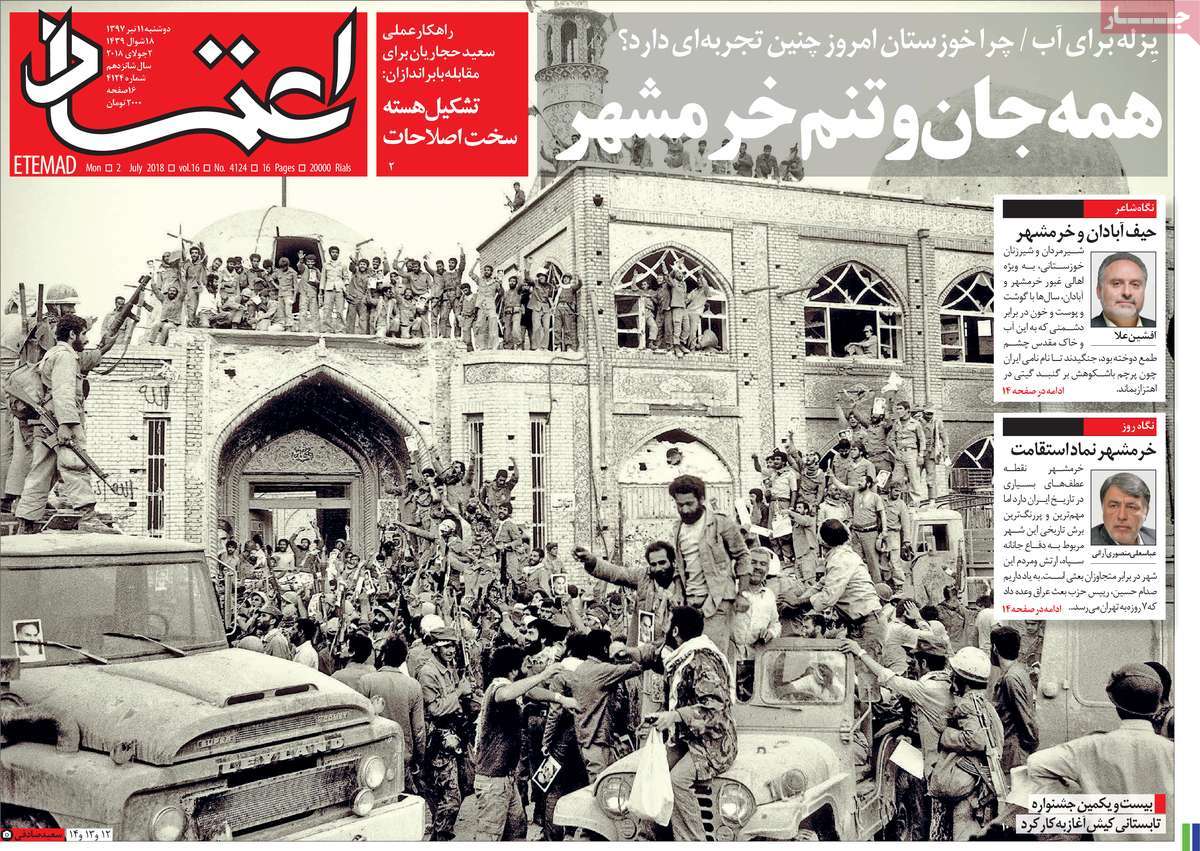 1- Iran First VP: Plans Already Made to Make up for Decrease in Iran’s Oil Sales 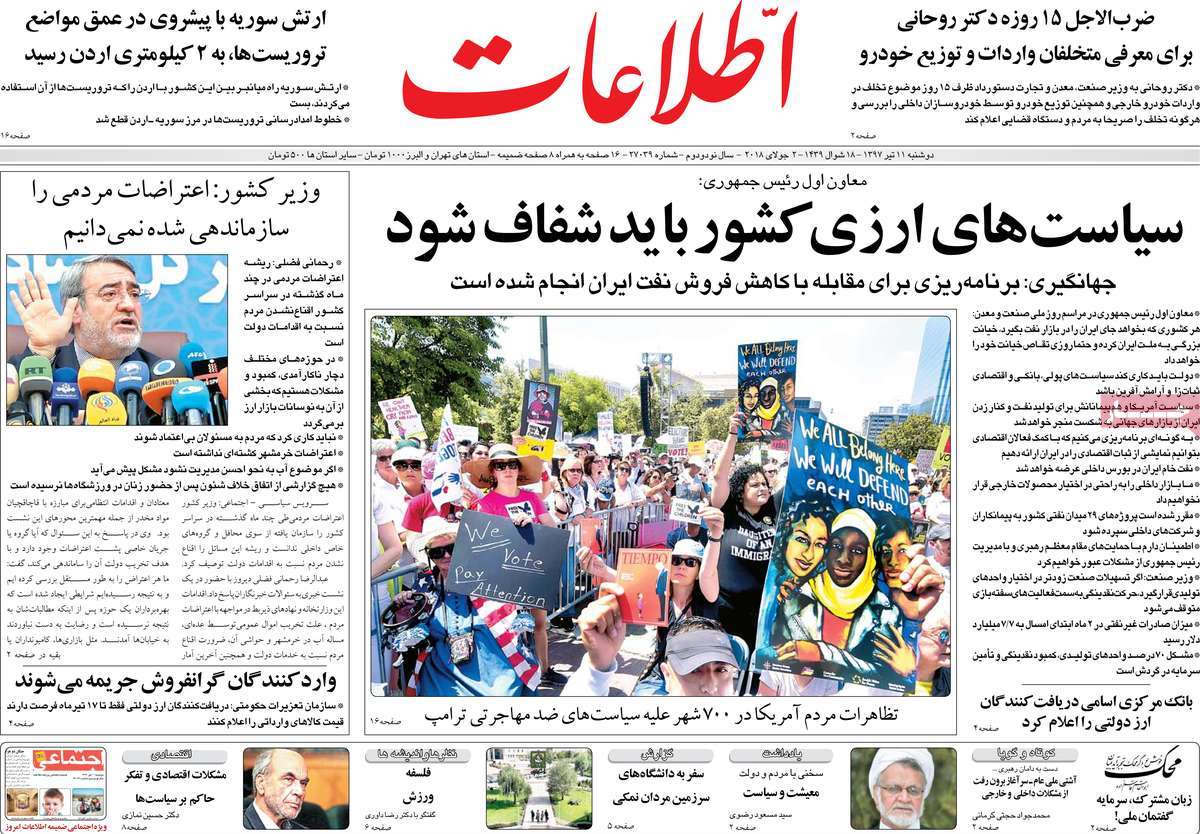 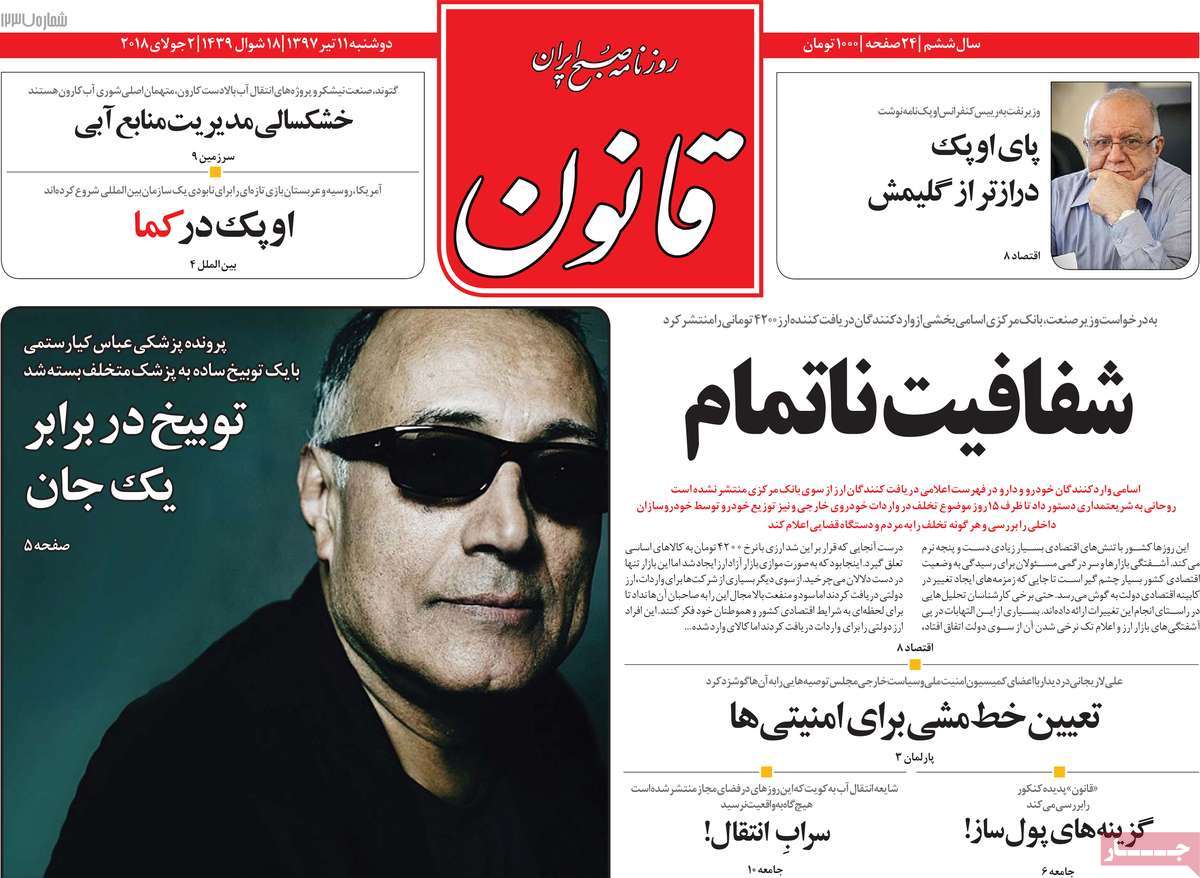 1- Europe Welcomes Rouhani in Defiance of US 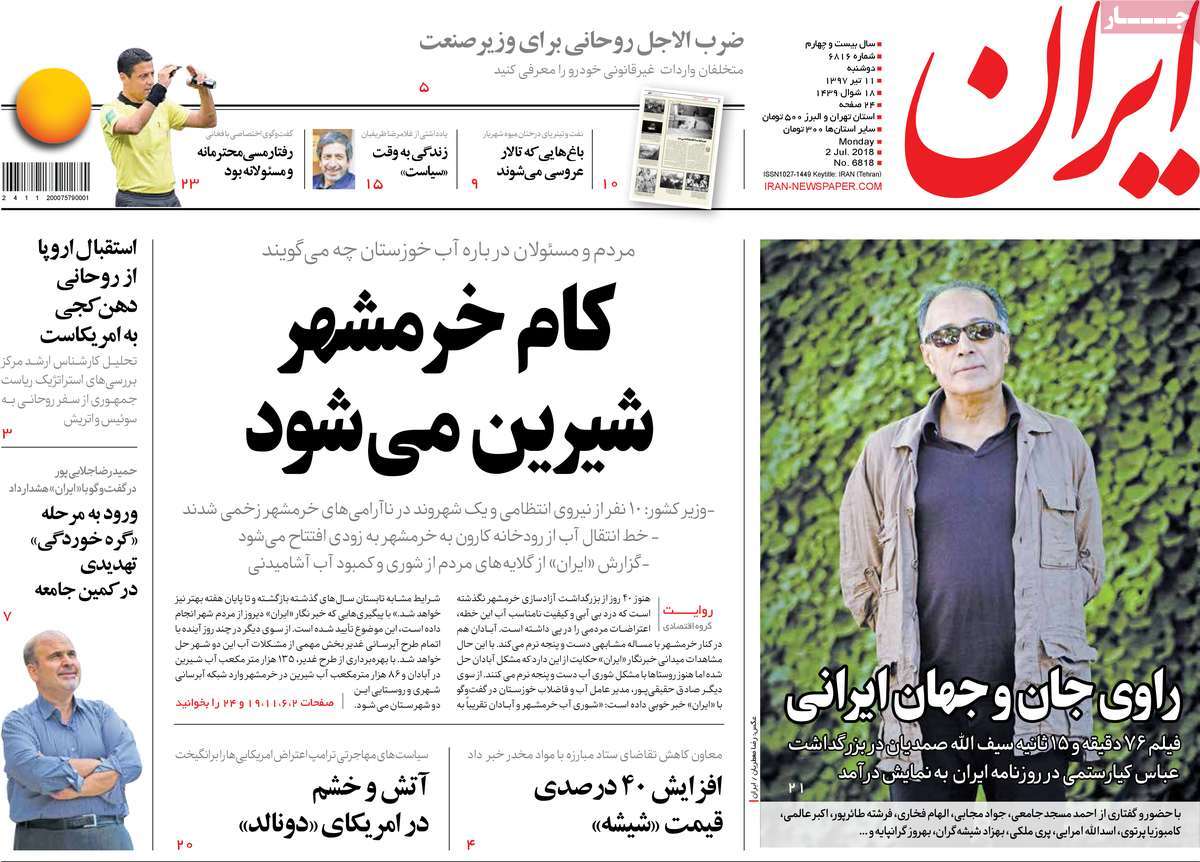 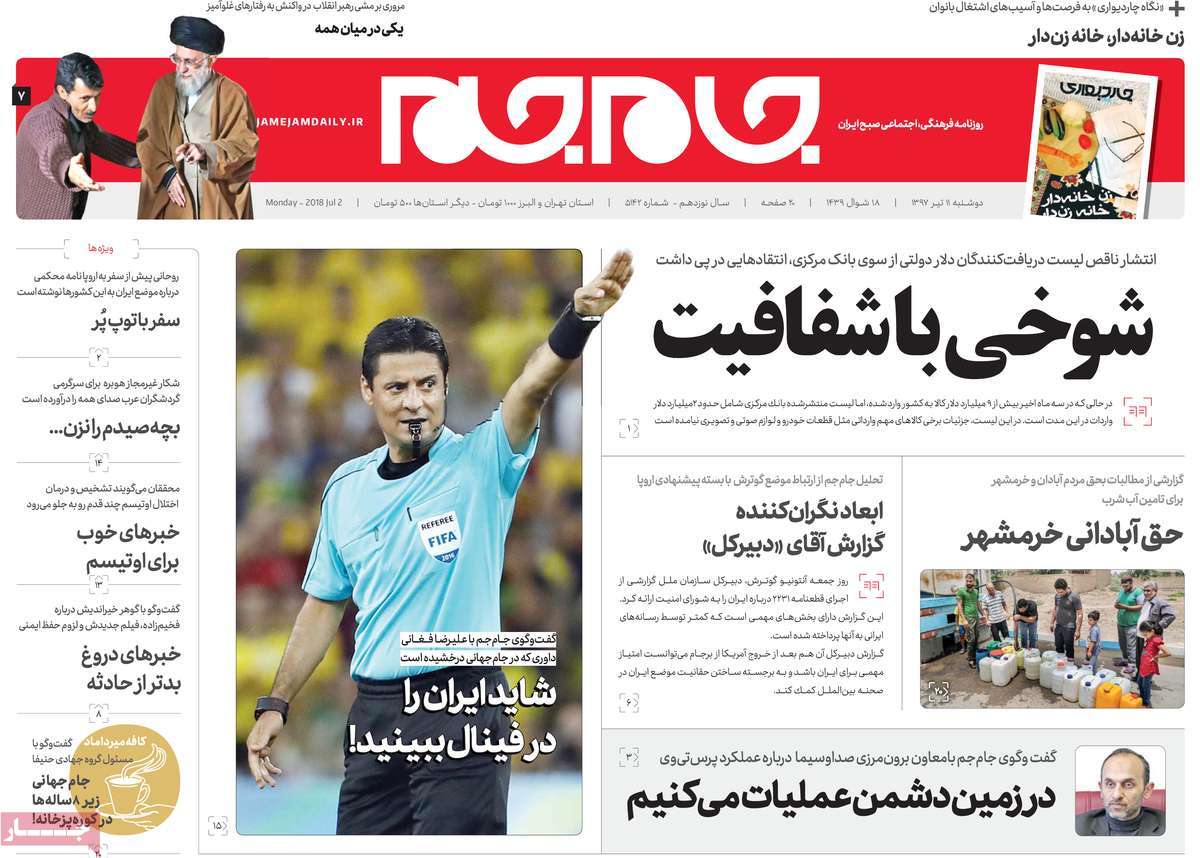 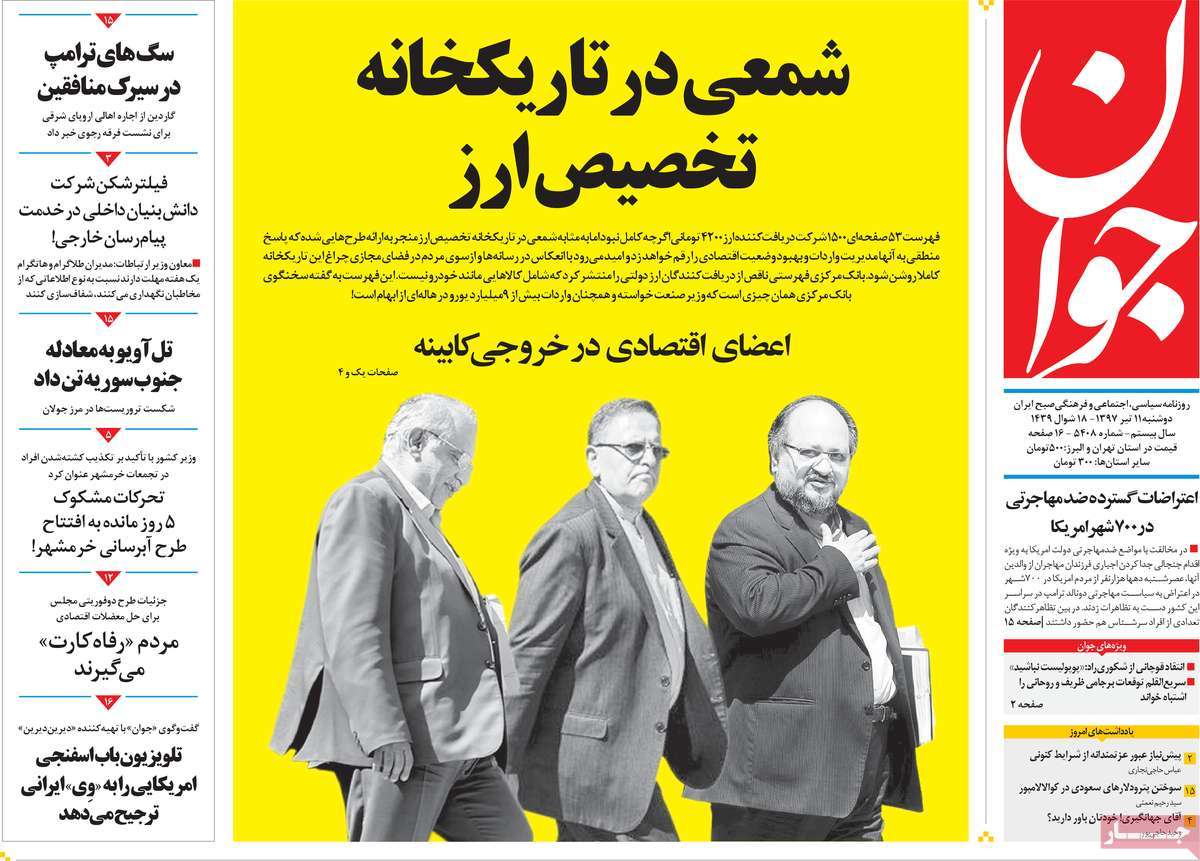 2- Foreign Policy: US to Be Defeated in Clash with Iran 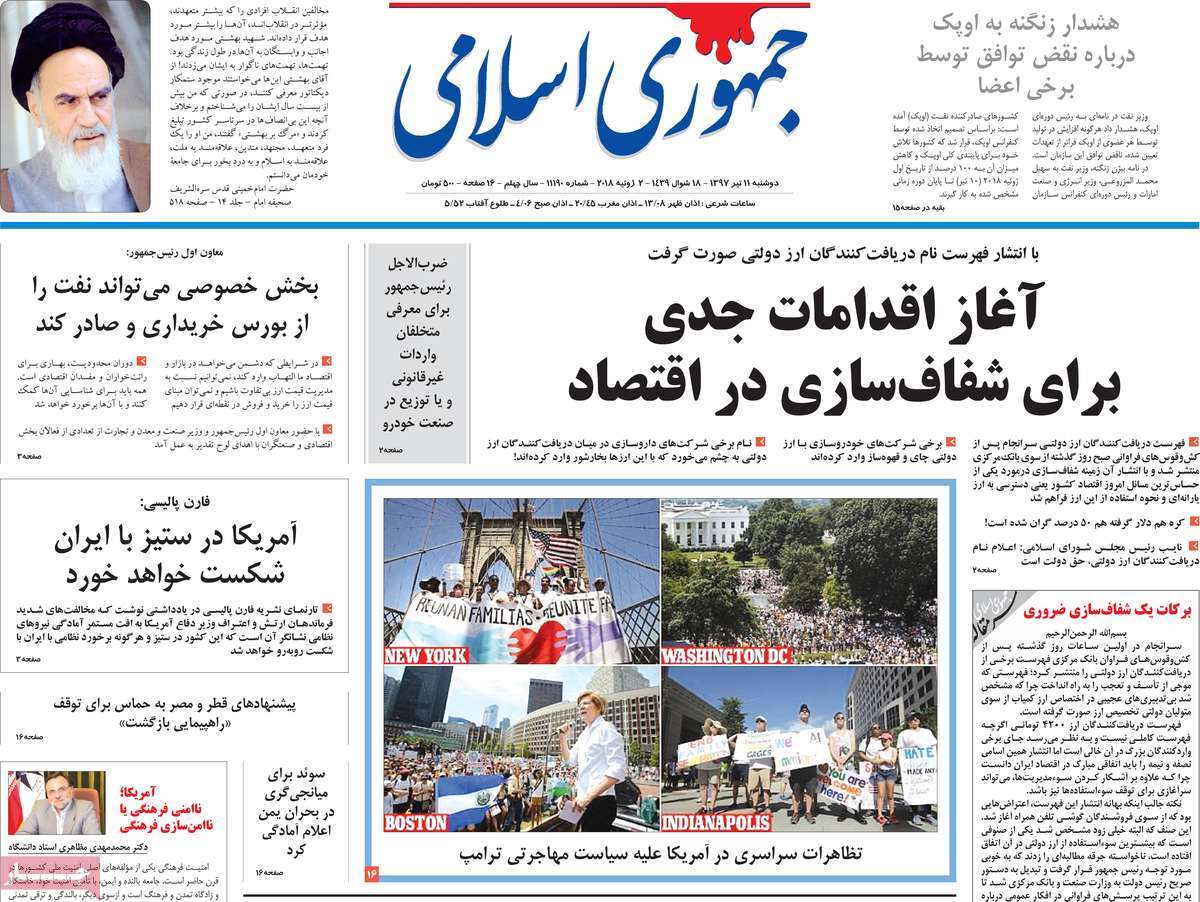 1- Neither Impeachment, Nor Giving Blank Cheque 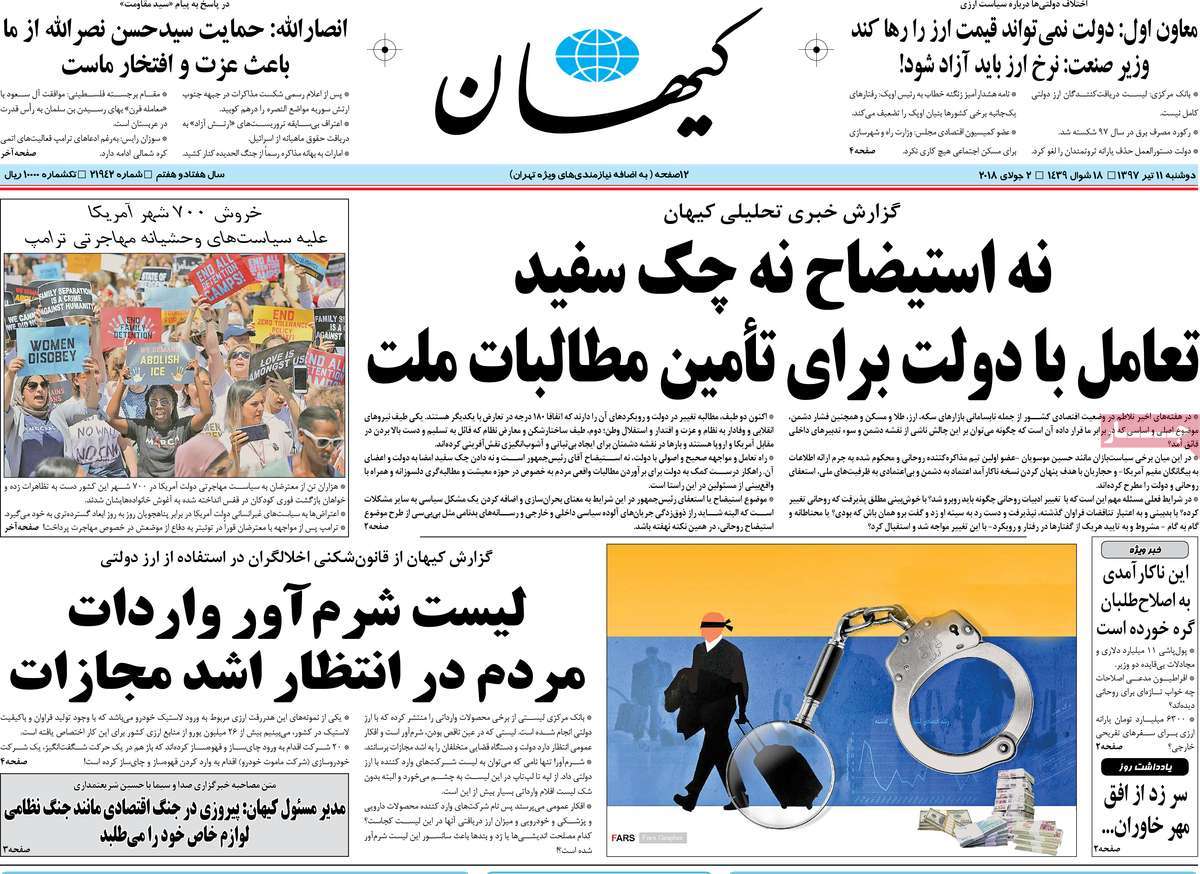 1- Iran, Worried but Hopeful about Khuzestan 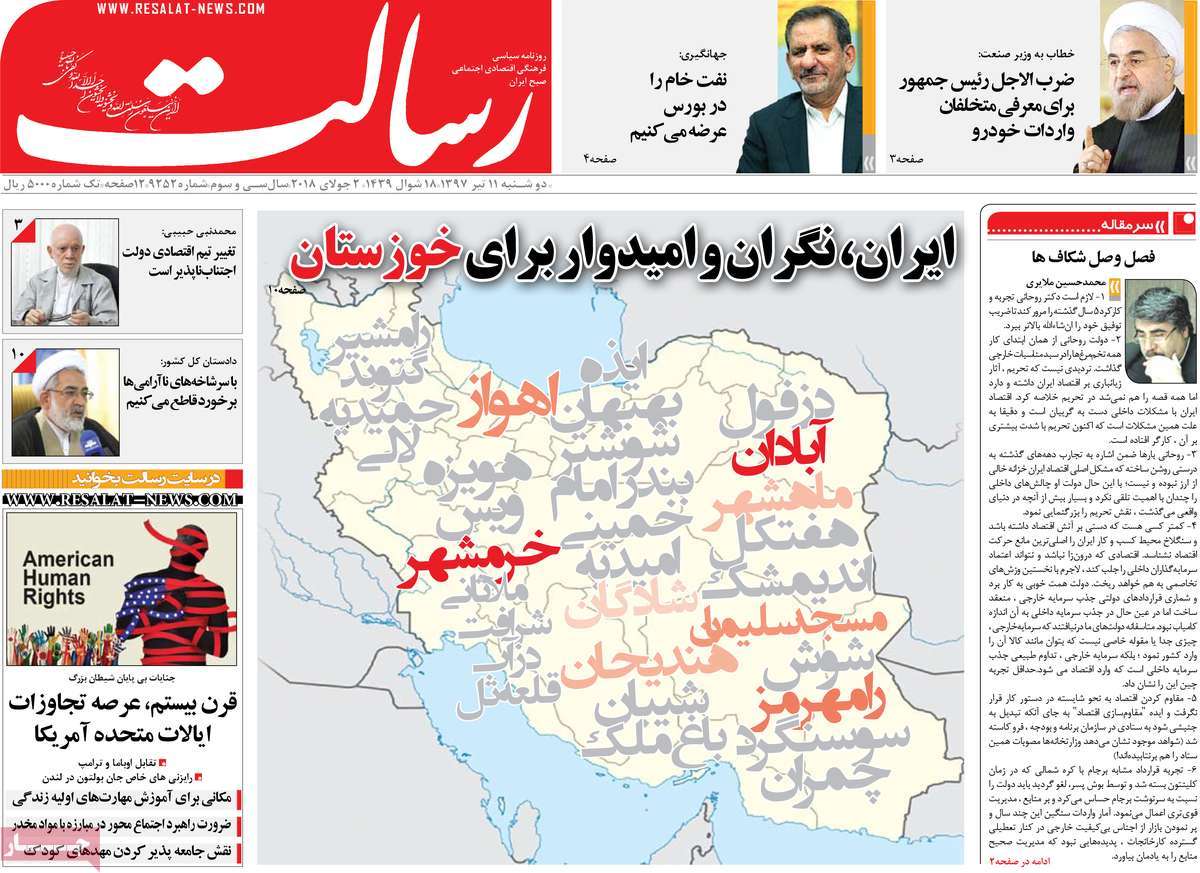 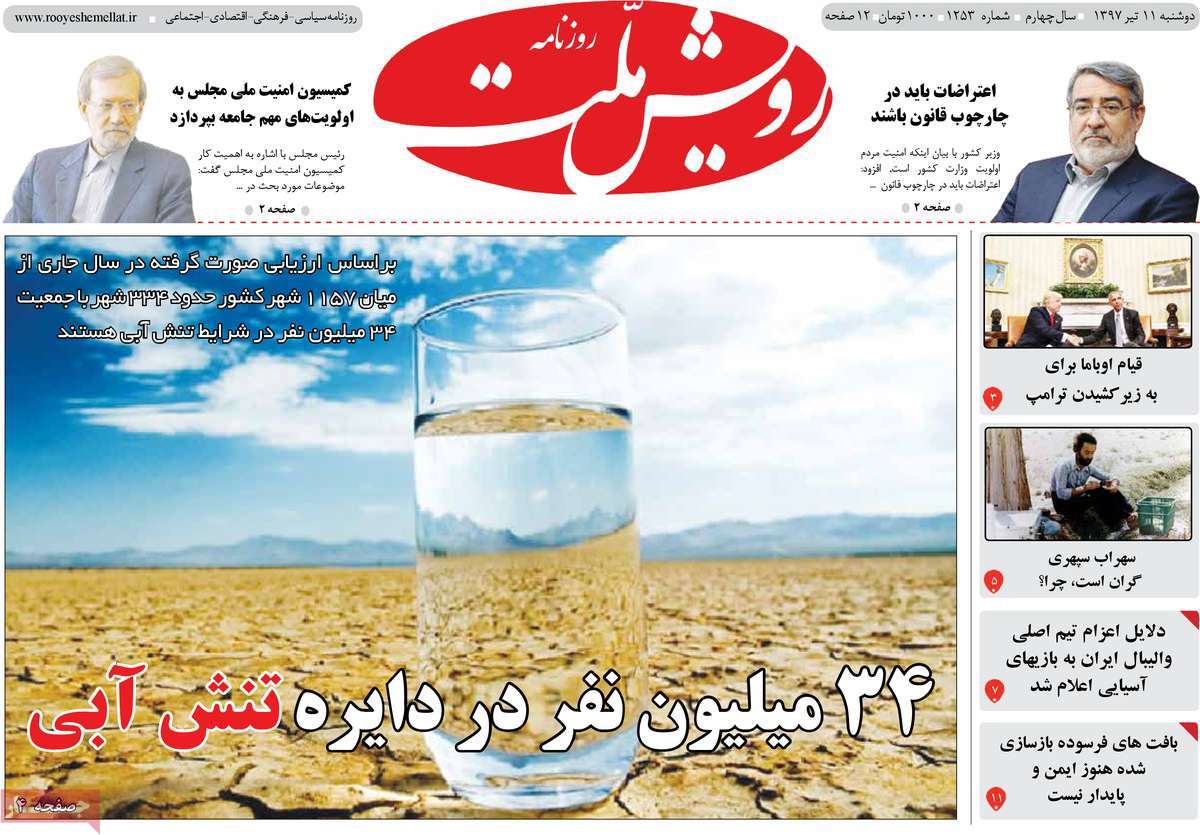 2- Resistance against Nature: A Report on Recent Unrest in Southern Iran 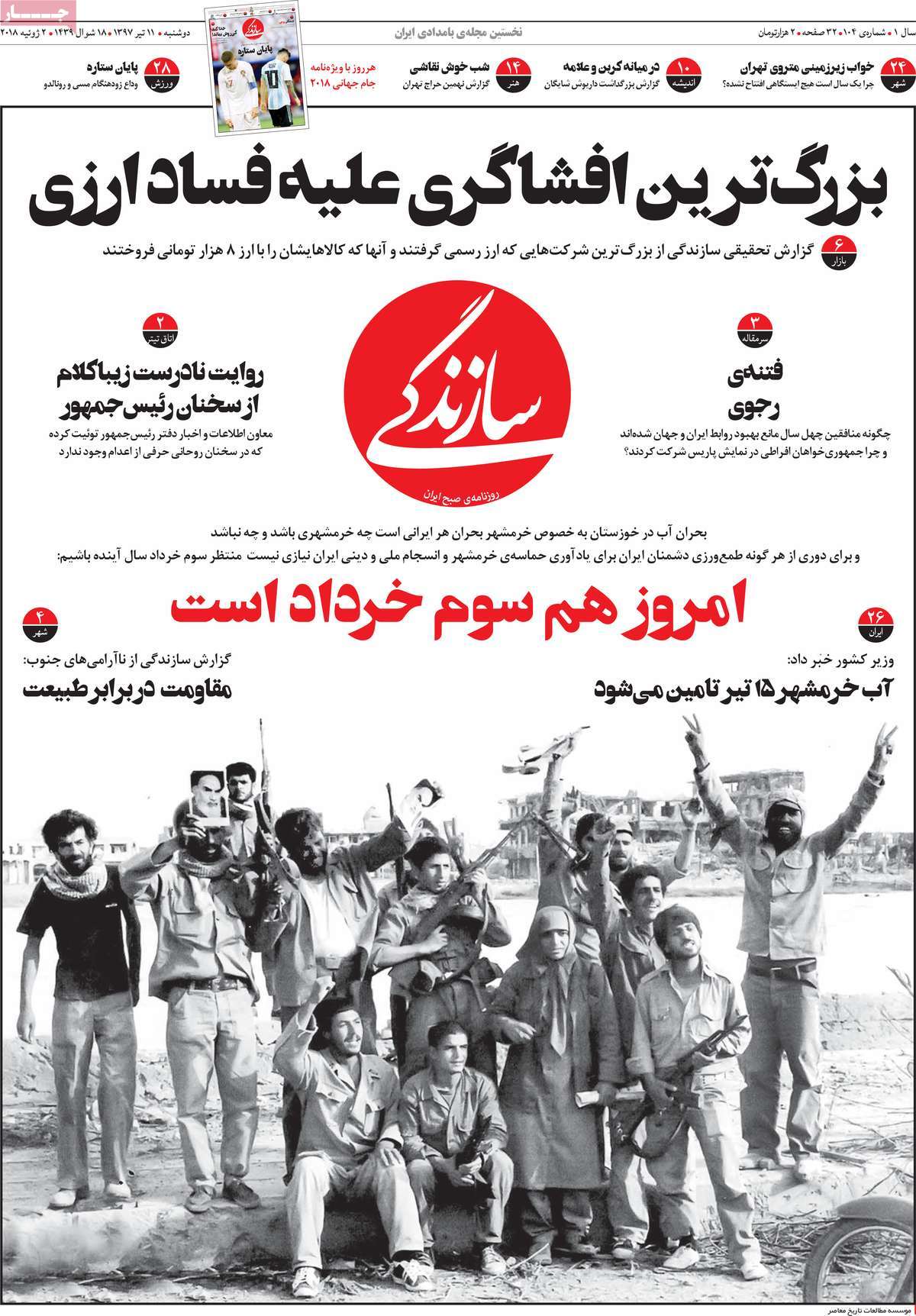 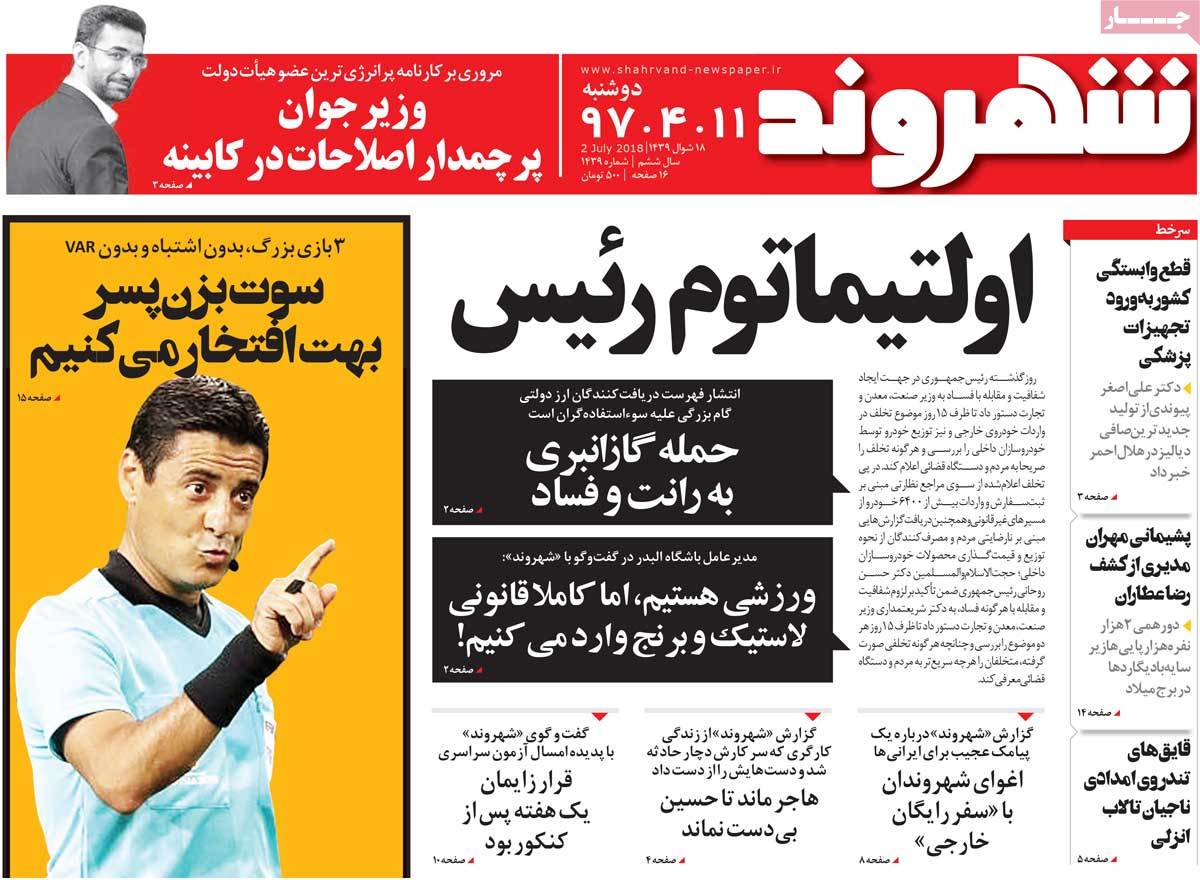 1- Russia at World Cup Quarters for First Time: Giants Continue to Be Eliminated 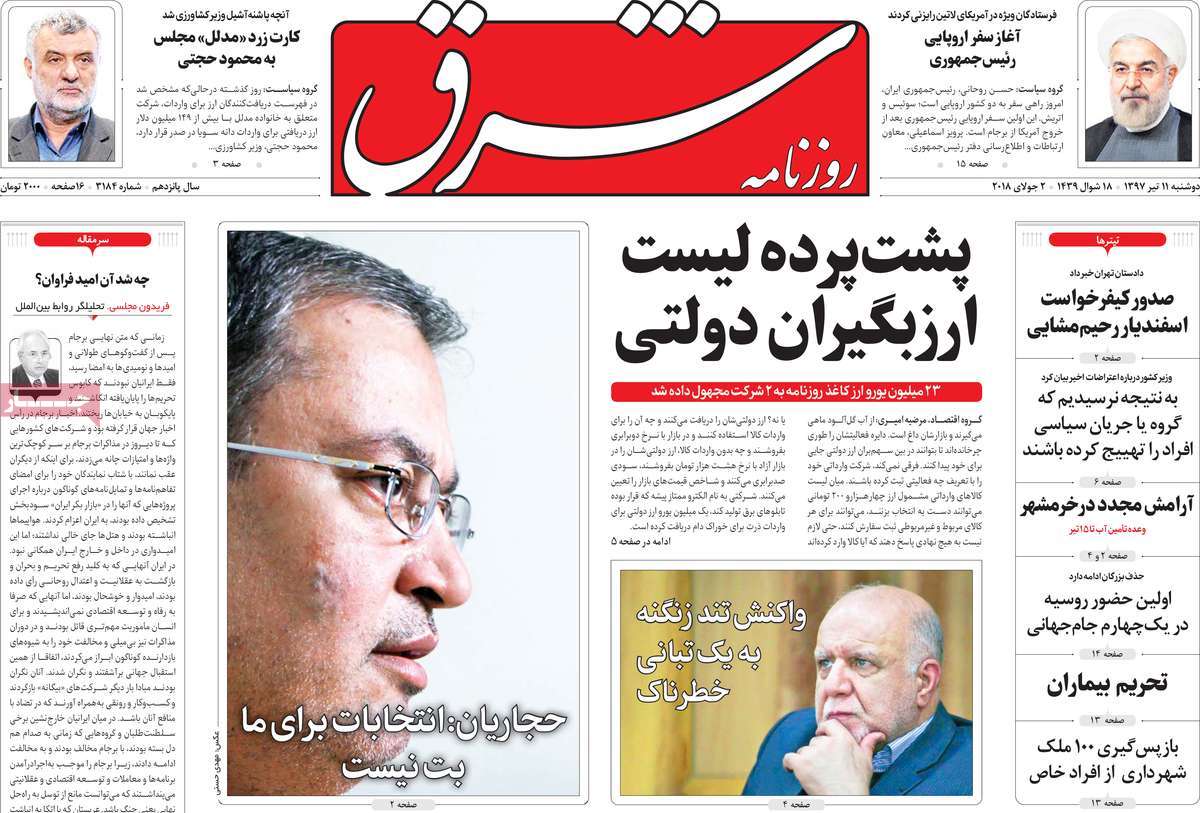 1- Water, Calm to Be Restored to Khuzestan 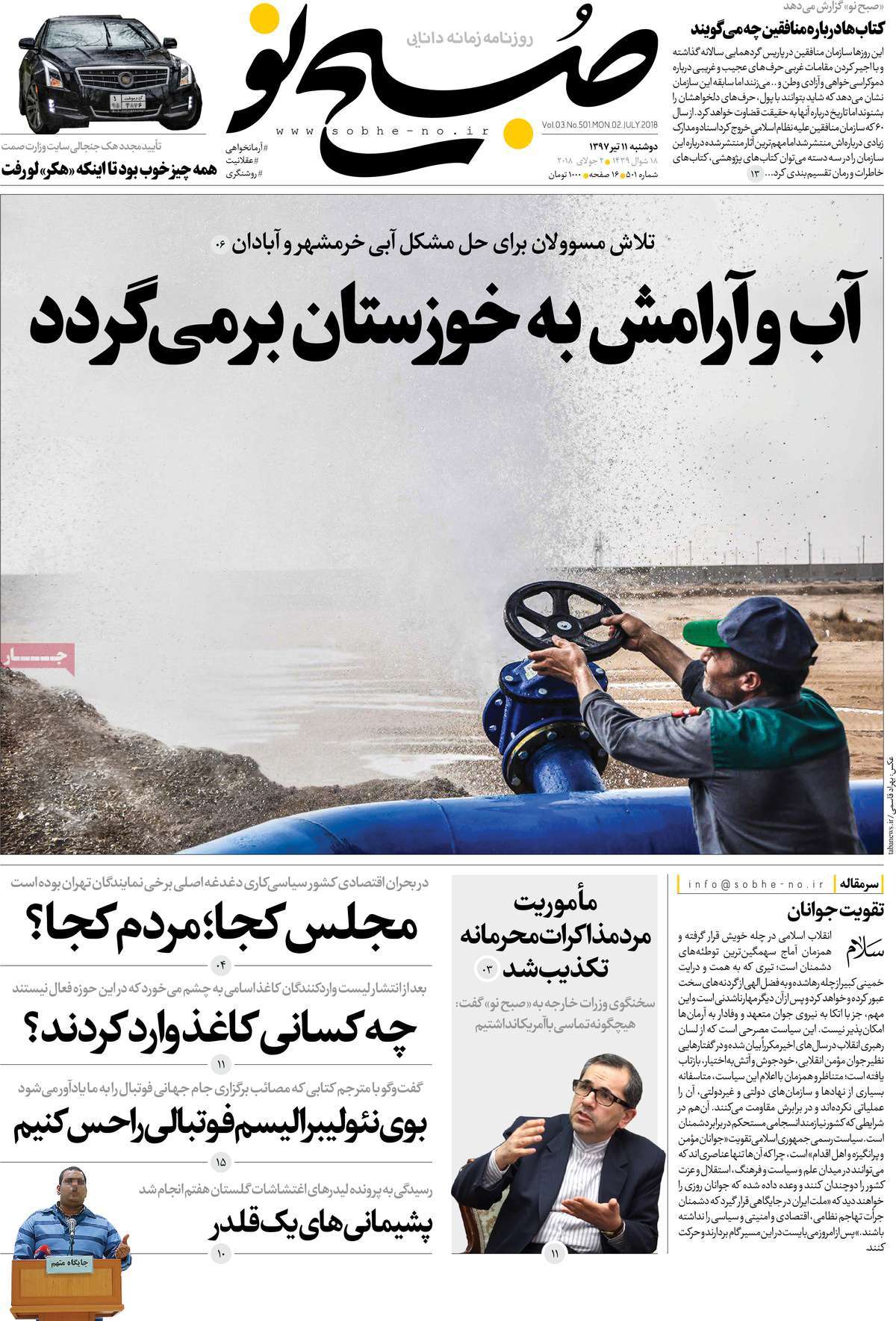 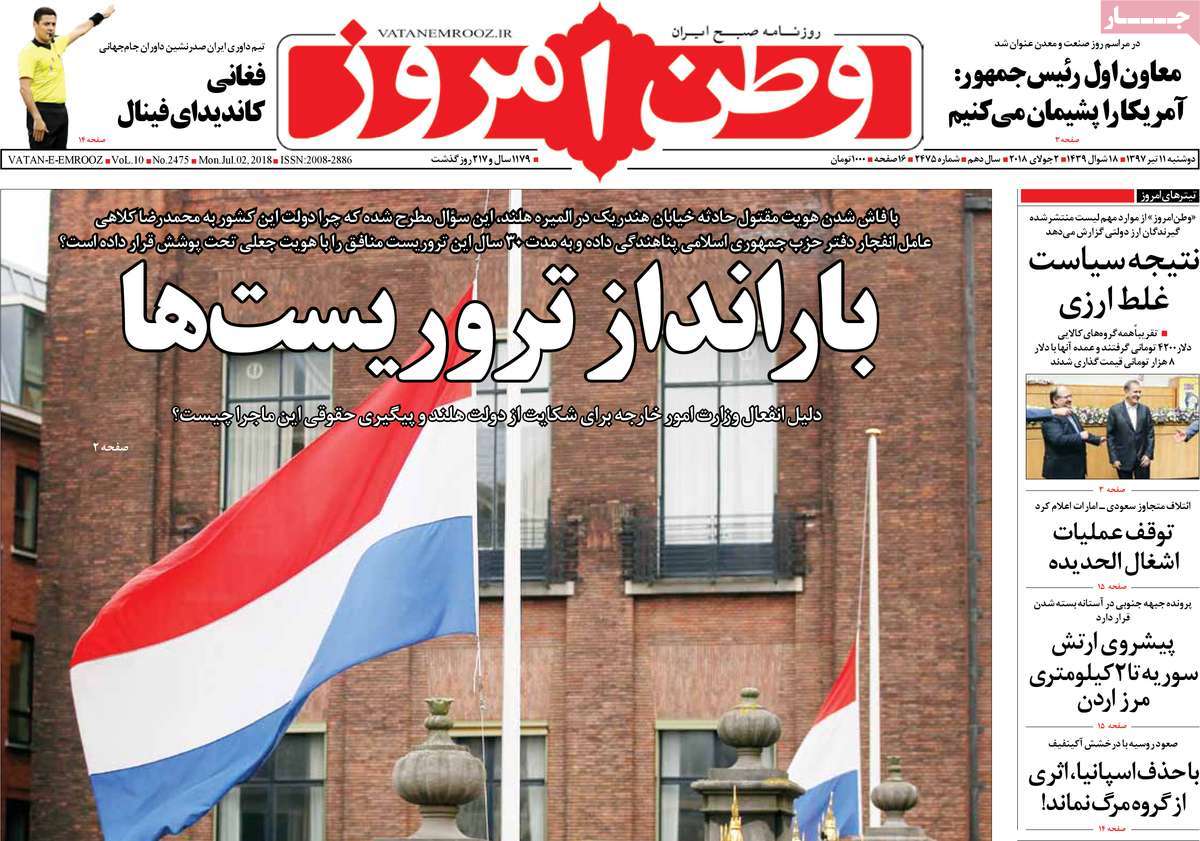