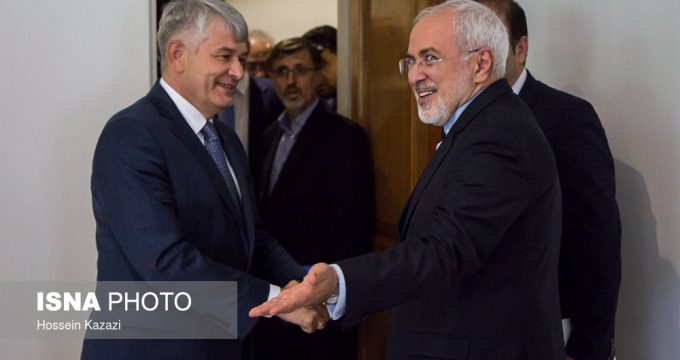 Zarif made the remarks Tuesday in a meeting with Secretary of the National Security Council of Uzbekistan Viktor Makhmudov.

Developing cooperation between Tehran and Tashkent is in the interests of both countries and in line with reinforcing regional cooperation, maintaining peace, stability and security in the region, he added.

Zarif also referred to reinforcing security, stability and economic cooperation in transit field in Afghanistan as both countries aim to develop regional cooperation.

Zarif went on to say that Iran calls for a powerful region based on cooperation.

Makhmudov, for his part, described as constructive his meetings with senior Iranian officials.

He also pointed to historical and cultural commonalities between two countries and their common stances with regard to regional and international issues.

Uzbekistan believes in promoting relations in all fields with Iran.

The country is after continuing relations with Iran in all fields, namely transit, transportation, energy, cultural exchanges and tourism.