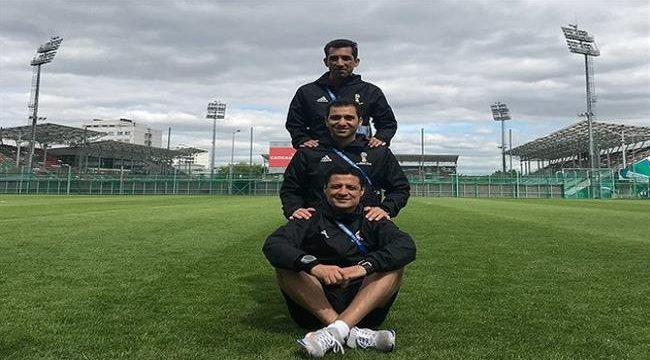 The world’s soccer governing body has picked the trio to oversee the clash at the Spartak Stadium in the Russian capital city of Moscow on Wednesday. The fourth official is Shukralla Nawaf from Bahrain.

Seleção only needs a point in its final group stage game to be sure of reaching the knockout stages, while a win will surely put the squad in the last 16 as Group E winner.

“Neymar is only in the recovery stage. He is a gifted player, but outside his normal standards, or he wouldn’t be playing like this,” Tite pointed out.

The 57-year-old further noted, “This is an evolution, if you look at the heat map of his last two games, it has increased considerably. Maybe he will be at the top of his game in the next match. We shouldn’t place the whole responsibility on his shoulders.”

Commenting on Neymar’s tears after scoring in Brazil’s 2-0 win over Costa Rica last Friday, Tite compared them to his own weeping for joy after Brazil beat Ecuador 2-0 in South America’s 2018 World Cup qualifying race.

“I want to say to the whole Brazilian nation – I cried on the phone to my wife after we beat Ecuador, just because I was happy,” the Brazil coach said.

He added, “I am very careful about associating reasons with emotions.  There are moments, of course, when you have to have a cool head and to keep a standard.”

“We are aware of the emotions and the pressure, we have to be able to assess heart, head and reasoning. But emotion isn’t always in sync with imbalance – not at all,” Tite said.