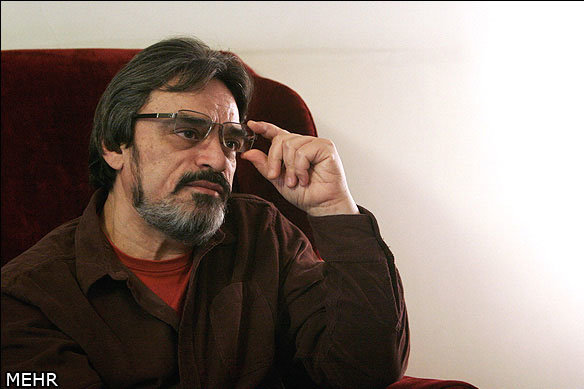 Iran Daily – Acclaimed composer and tar and setar virtuoso Hossein Alizadeh said that instrumental music is the borderless music and although it has special proponents, it is the top music in the world.

Alizadeh has recently staged a concert titled ‘Didar’ (visit) at Tehran’s Vahdat Hall with percussionist and composer Majid Khalaj and setar player Ali Boustan. He intends to perform it in Tehran as well as in other provinces.

Iran Daily conducted an interview with Alizadeh to know about his style of composing instrumental music.

IRAN DAILY: It has been a few years that instrumental music attracted so much attention especially among the young generation. What are the features of this genre of music which draws a large number of audiences?

HOSSEIN ALIZADEH: Naturally, structure of music begins from larynx and tongue and consequently songs come to existence. Instrumental music has no mediation. In other words, the communicating factor does not exist.
Nowadays, vocal music has words of ancient or contemporary literature and these words are the only way of communication with the audience.
Compared to vocal music, instrumental music grew more significantly. For instance, music festivals related to instrumental music especially in Western countries attracted large number of audiences. In Eastern countries such as India, only 10 percent of vocal music has been used in classic words and usually music compositions will be performed.
In fact, I don’t want to say that which is better and which is worse and which should receive more attention. Because both are needed for humans. But vocal music is limited and the audience is forced to communicate more with advices, memories or love poems and music itself is more like a flavor to it. Growth of instrumental music means we can understand music without any mediation.

Do you think that vocal music hinders the development of instrumental music in Iran?

It seems that instrumental music failed to grow successfully in Iran. Today, professionality of singing in works of great artists such Qamar-ol-Moluk Vaziri, Abolhasan Eqbal Azar and Mohammadreza Shajarian helped the growth of vocal music. In my idea, vocal music is more local or regional and it does not go beyond borders, but music composition creates no limit for audiences. In Iran, popular music which is one type of vocal music was successful in attracting more attention.

How do you evaluate Iranians’ understanding of music after the 1979 Islamic Revolution?

I think that after the revolution, people have broader understanding of music and it has been more popular. Families pay more attention to music from early age and once children become older, they have enough choices to select for professional training.

Do people outside Iran prefer vocal or instrumental music?

During my 40 years of experience, I usually staged instrumental music concerts abroad, but Iranian proponents of vocal music outnumbers instrumental music fans. I think one reason of holding more vocal concerts outside Iran is that concert organizers have no choice but to include various vocalists to gain more audiences. In fact, music and art has been commercialized. On the other hand, non-Iranian organizers prefer to hold instrumental music programs.

What is the reason for instrumental losing popularity among some members of the younger generation, and the vocal music become more popular with them?

I believe that there must be an appropriate and meticulous planning. Currently, the private sector is implementing apparently small but very useful and effective projects, which can be a move forward in the country’s music.
When a topic is not addressed properly and focused on, it will gradually fade into oblivion. Unfortunately, today, when we want to hold a concert, our main goal is to stage a performance that attracts larger audience. This comes as many of our talented young artists, who are highly qualified [for instance, in the field of music], receive support from nowhere and nobody.
Currently, if a concert is held or a musical work is produced it either should be a popular music or accompanied with fame to generate profit.
In countries where sufficient attention is paid to cultural issues and artists are provided with enough support and facilities, arts such as music can survive and continue their existence.
Among the responsibilities of any government is to value and pay due attention to the cultural roots of its society.

Would you please comment on the status quo of our vocal music?

The present condition prevailing in our music is such that greater importance is being attached to the recreational aspects of this art. Vocal is an important topic in music. In countries such as Azerbaijan vocal music go shoulder to shoulder with other kinds of music and plays a very important role. Their singers do not solely sing popular songs, but they are also vocalists. Nevertheless, I maintain that the technique and method of singing is very important. We are currently facing stagnancy in our vocal music. Many of our vocalists, who enjoy greater fame compared to others, have totally consigned vocal music to oblivion. Singing vocal music requires dynamism. In Iranian folklore music, as well as those of the other parts of the world, the value of vocal music is on a par with instrumentals. These two types of music beautifully present each part of our culture to the world.

The present condition of Iran’s music is such that even the famous veteran vocalists fail to pay enough attention to vocal music. What is your take on this?

The singing style used by many of the Iranian singers belonging to the younger generation are not comparable to those adopted by the vocalists of the former generation. They produce works that fail to have any relation with the art of creating vocal music. Their works mostly fall under the category of popular music.

In my opinion, no vocalist currently in Iran produces vocal music at its highest level. In the past, skilled and leading Iranian vocalists were reluctant to sing popular songs as they maintained that this type of music had recreational aspects.

What do you think is the responsibility of the younger generation regarding the preservation of Iranian vocal music?

The members of our younger generation, who are divided into a number of categories, perform certain activities, particularly, in music fests such as the National Youth Music Festival. Young artists from all over Iran participate in this festival and stage successful performances. I maintain that music in our country is currently in limbo and suffering from stagnancy. The ministries responsible are required to support [Iranian] music.