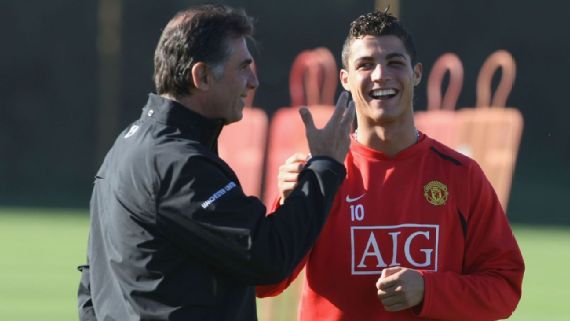 Cristiano Ronaldo pleads to Iran fans to let him sleep

ESPN– Cristiano Ronaldo had to ask a group of rowdy Iran fans to quiet down after they gathered outside the Portugal team hotel in Saransk on Sunday evening.

With the two sides set to meet in a must-win encounter the following day, the Iranian supporters amassed beneath Ronaldo’s window with drums and vuvuzelas and made noise long into the night.

Things eventually got so loud that Ronaldo came to the window and pleaded with the mob to lower the volume.

An unmistakable silhouette in the window, Ronaldo made the international hand sign for “we’re trying to sleep”.

It appeared to work, as the Portuguese star then followed with an appreciative thumbs-up gesture.

Remember to bring the ear plugs next time.